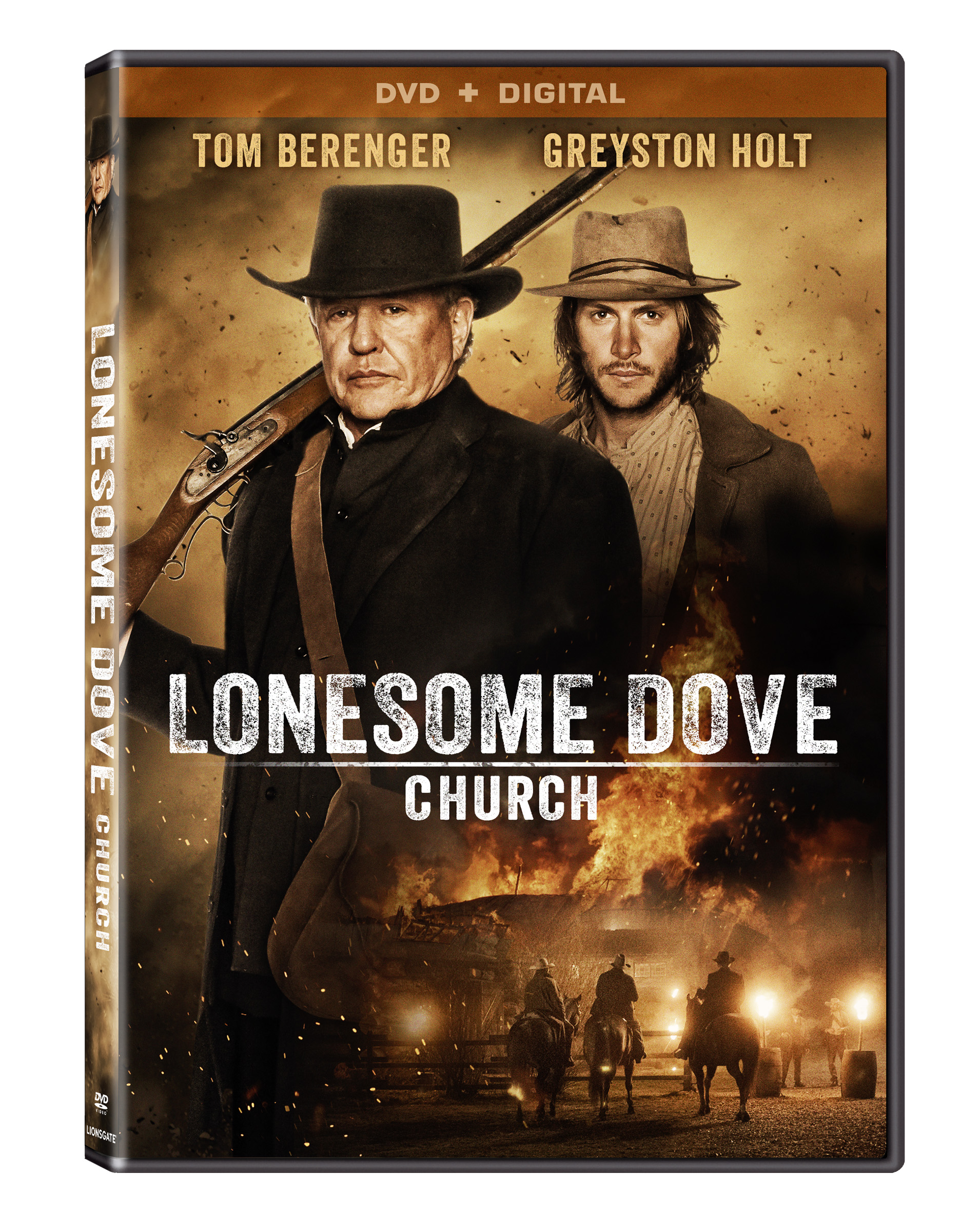 Inspired by real events surrounding the founding of the church, the film, Lonesome Dove Church, arrives on DVD (plus Digital), Digital HD and On Demand March 24 from Lionsgate Home Entertainment. Awarded the “Faith-Based” Dove Seal of Approval, the stirring western stars Oscar® nominated actor Tom Berenger (Best Supporting Actor, Platoon, 1986) as a preacher delivering frontier justice on his journey to find and save his outlaw son. Lonesome Dove Church will be available on DVD for the suggested retail price of $26.98.

John Shepherd (Berenger) is an itinerant preacher with dreams of building his own church. When his estranged son Isaac is accused of robbery and murder, John puts his faith and future on the line by coming to Isaac’s defense, facing off against a cold-blooded killer in a guns-blazing stand for redemption.