FAITH, INSPIRATION AND STRENGTH COME TOGETHER ON SCREEN

Tyler Perry’s Hell Hath No Fury Like A Woman Scorned – The Play  Arrives On DVD, Digital HD And Video On Demand November 25 From Lionsgate Home Entertainment 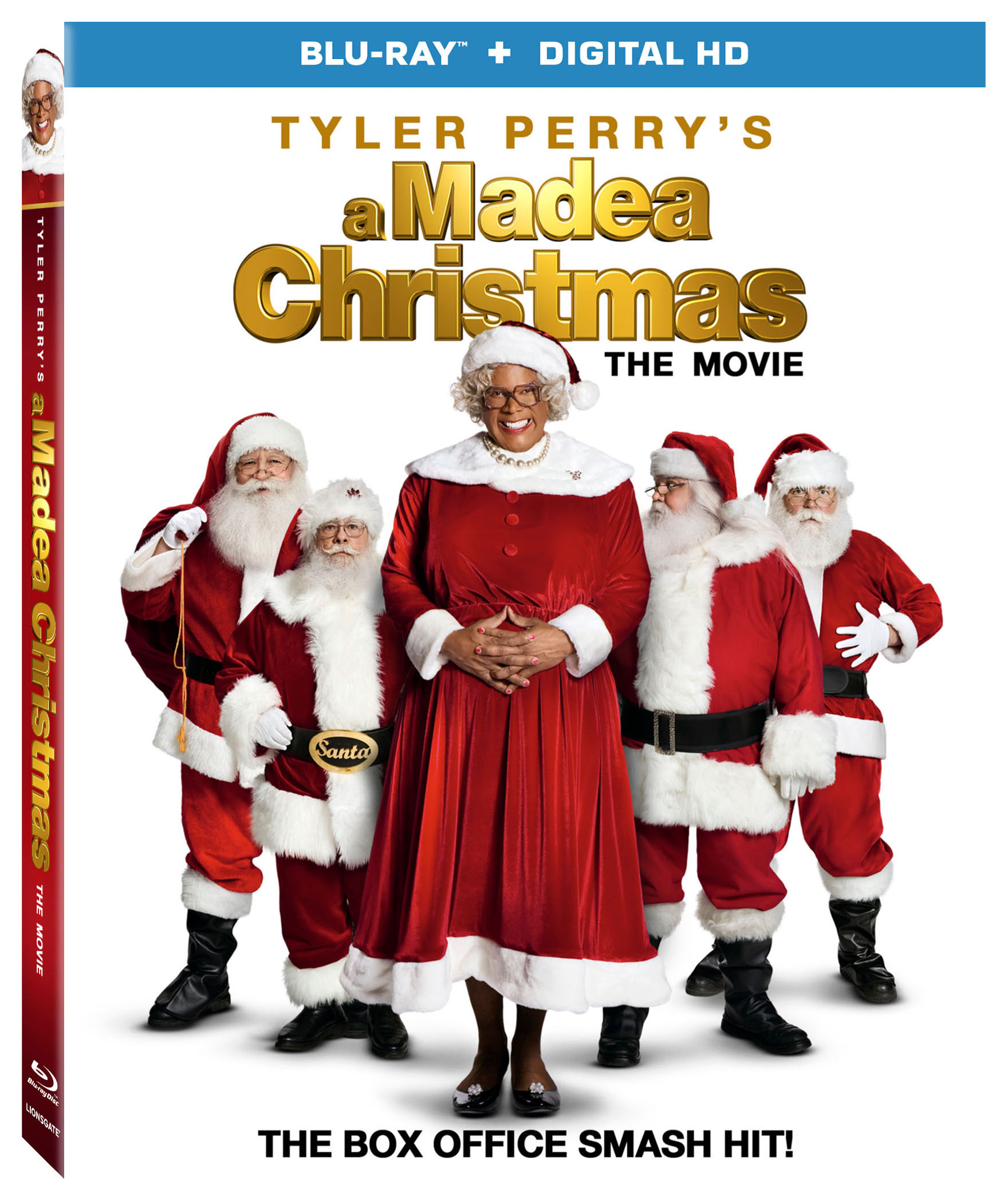 LOS ANGELES, CA (October 16, 2014) – Expect an unpredictably entertaining and thought provoking tale in Tyler Perry’s Hell Hath No Fury Like a Woman Scorned – The Play arriving on DVD (plus Digital), Digital HD and Video on Demand on November 25 from Lionsgate Home Entertainment. Inspired by a successful young woman’s real-life adventures, this poignant musical weaves together a strong message of faith, inspiration and strength from which viewers will learn heartfelt life lessons.  Also on November 25, laugh out loud with Madea as Tyler Perry’s A Madea Christmas – The Movie arrives on Blu-ray (plus Digital HD), DVD (plus Digital), Digital HD and Video on Demand. This uplifting comedy-drama aims to remind us about the importance of faith and family as we gear up for the holiday season.

Tyler Perry’s Hell Hath No Fury Like a Woman Scorned – The Play unfolds through the life of Anita (“Cheryl “Pepsii” Riley), a single woman who has it all – a great job, a loving family, and the ability to pay for her baby sister’s wedding. According to her best friend, however, there’s only one thing missing…the love of a good man. At her friend’s insistence, she meets the seemingly perfect man online and all seems well, until he convinces her to get married in Las Vegas and her life quickly spirals out of control at her new husband’s demands. Can she regain the upper hand, or will the tides turn for the worse?

Tyler Perry’s A Madea Christmas – The Movie will not only inspire viewers, but have them laughing for hours. In Tyler Perry’s first Christmas-themed film, from a play of the same name, grandma Mabel “Madea” Simmons (played by Perry) gets coaxed into helping a friend pay her daughter a surprise visit in the country for Christmas, but the biggest surprise is what they’ll find when they arrive. As the small, rural town prepares for its annual Christmas carnival, new secrets are revealed and old relationships are tested while Madea dishes her own unique brand of Christmas spirit to all.

Featuring live music and uplifting songs, Tyler Perry’s Hell Hath No Fury Like a Woman Scorned – The Play DVD contains behind-the-scenes interviews and will be available for the suggested retail price of $19.98.

Tyler Perry’s A Madea Christmas – The Movie is packed with valuable life lessons, touching on themes like compassion and forgiveness.  The Blu-ray and DVD, including a first look at Tyler Perry’s first-ever animated feature, Tyler Perry’s Madea’s Tough Love, and a hilarious behind-the-scenes featurette, will be available for the suggested retail price of $39.99 and $29.95, respectively.

Tyler Perry is an established American actor, director, screenwriter, producer, playwright, and author.  Born into poverty and raised in a household scarred by abuse, Tyler fought from a young age to find the strength, faith and perseverance that would later form the foundations of his work.  Tyler started his career writing plays, many of which later became the inspiration for his film projects and included the introduction of the now-legendary Madea character, played by Tyler himself.  Tyler’s first feature film, Diary of a Mad Black Woman, debuted at number one nationwide in 2005. His ensuing films, Madea’s Family Reunion, Daddy’s Little Girls, Why Did I Get Married?, Meet The Browns, The Family That Preys, I Can Do Bad All by Myself, Why Did I Get Married Too?, For Colored Girls, Madea’s Big, Happy Family, Good Deeds and Madea’s Witness Protection have all been met with massive commercial success, delighting audiences across America and around the world.   He also starred in the Rob Cohen directed Alex Cross, helped release Academy Award-nominated Precious, and has a role opposite Ben Affleck in David Fincher’s forthcoming film, Gone Girl.  Tyler has also made his mark in the television space, with the TBS series House of Payne and Meet the Browns, in addition to his collaborations with Oprah Winfrey on her cable network, OWN.  Tyler was most recently seen in his 34th Street Film’s production, which he also directed, Single Mom’s Club. A new show for OWN entitled If Loving You Is Wrong, based on the film, will premiere later in the year.

Lionsgate is a leading global entertainment company with a strong and diversified presence in motion picture production and distribution, television programming and syndication, home entertainment, digital distribution, new channel platforms and international distribution and sales. Lionsgate currently has over 30 television shows on more than 20 networks spanning its primetime production, distribution and syndication businesses, including such critically-acclaimed hits as the multiple Emmy Award-winning Mad Men and Nurse Jackie, the comedy Anger Management, the network series Nashville, the syndication success The Wendy Williams Show and the critically-acclaimed hit series Orange is the New Black.

Its feature film business has been fueled by such recent successes as the blockbuster first two installments of The Hunger Games franchise, the first installment of the recently-launched Divergent franchise, Now You See Me, Kevin Hart: Let Me Explain, Warm Bodies, Sinister, Roadside Attractions’ A Most Wanted Man and Pantelion Films’ breakout hit Instructions Not Included, the highest-grossing Spanish-language film ever released in the U.S.