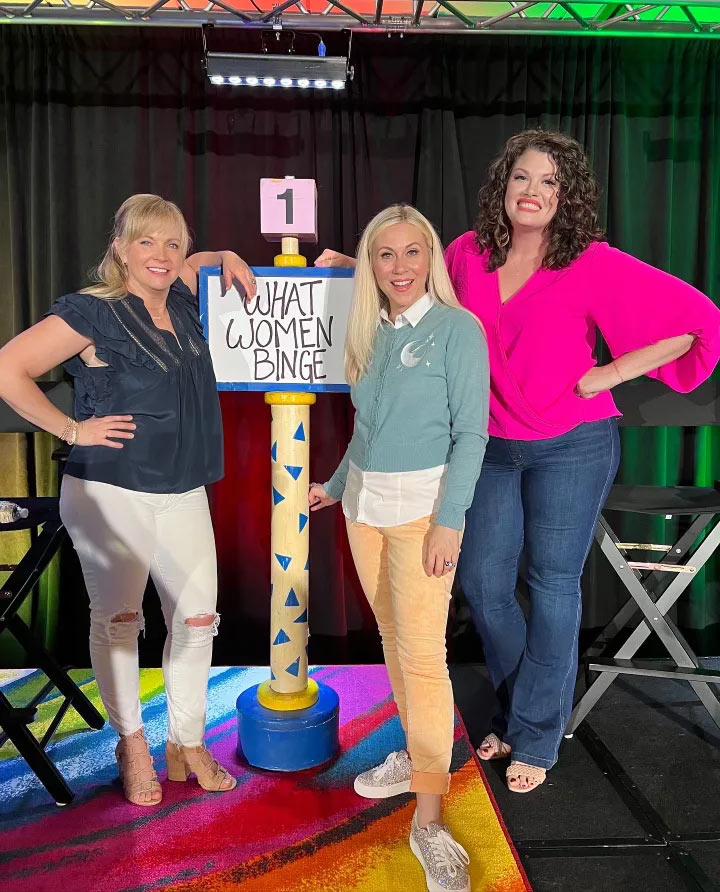 Actress and filmmaker Melissa Joan Hart and co-host Amanda Lee welcomed Star Wars actress Ashley Eckstein for the What Women Binge podcast’s first ever episode with a live audience at Nashville’s ICCC SciFan fan and collector’s convention. This special episode of the weekly pop-culture podcast debuted today, May 4 (“Star Wars Day”), and is available on all major platforms including Apple Podcasts, Spotify and iHeart, as well as a video version on YouTube.

“It’s May the 4th and there is no-one better to celebrate Star Wars Day with than Ahsoka Tano herself – Ashley Eckstein,” said Hart. “She was the sweetest person and such a great guest to have. She even had an incredible surprise for me that Sabrina the Teenage Witch and Star Wars fans will want to check out!”

On the new episode, the hosts talk about their lifelong Star Wars obsessions and originating Eckstein’s iconic role that started a revolution in female fandom.

“I didn’t realize how Star Wars would change my life,” said Eckstein on the podcast. “It changed my life because of the community. So literally one week after the Star Wars movie came out in theaters in 2008 I was getting fan mail from all over the world… and I hadn’t earned my stripes yet. I was brand new… but they were literally just welcoming me to the universe.”

Eckstein is an Orlando native who is no stranger to Disney and Nickelodeon herself. She portrayed Muffy on That’s So Raven, was a contestant on Nickelodeon Guts. She is also the founder of the massively successful fangirl fashion line, Her Universe.

What Women Binge is produced in partnership with Podcast Heat.