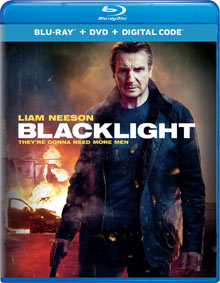 Travis Block is a government operative coming to terms with his shadowy past. When he discovers a plot targeting U.S. citizens, Block finds himself in the crosshairs of the FBI director he once helped protect. (from IMDB)

Despite action star Liam Neeson pushing 70 years old now, I’ve found that he still has made some of his lower budget action movies work. Director Mark Williams previously helmed Neeson in Honest Thief (which was more enjoyable than it deserved to be), and The Marksman (as a producer, not director), which was also surprisingly good. However, the third time is not the charm as their new team-up, Blacklight, boasts a lackluster (dare I say boring) plot and mediocre action to create a movie that seems to fail in nearly every way. 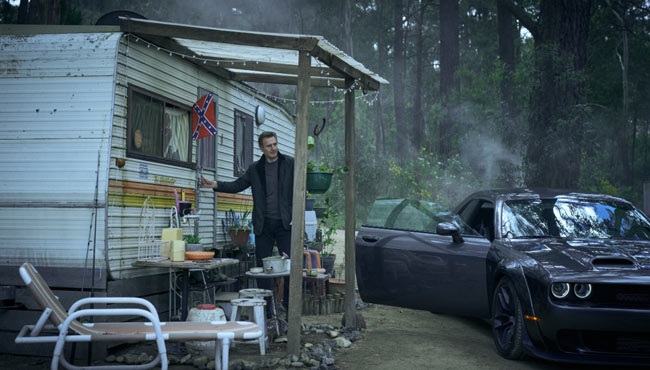 Cliche-ridden is probably the best way to describe Blacklight. Neeson is once again an aging government agent who has made a mess of his family life and is trying to do his job right while picking up the pieces of his life. This can describe many of his roles, including the role that launched his action career, Taken. As much as I love watching Neeson as an actor, I think it might be time for him to retire the thriller genre. Some of his action movies have used camera tricks to make him appear more limber, but here it’s actually hard to watch him lumber about as he tries to run and expect the audience to buy that the man is still up to the task. Last year’s The Ice Road was a different kind of role for Neeson, as the action was taken to the frigid ice-clad routes of the frozen regions, but the movie itself was unfortunately another disappointment. From the supporting cast to the predictable plot “twists,” to the music – there’s nothing memorable about Blacklight. It’s the kind of movie that’s instantly forgettable as soon as it’s over; you kind of shrug it off and try to find something better to watch to sort of rinse out the mediocrity of the movie you just consumed. 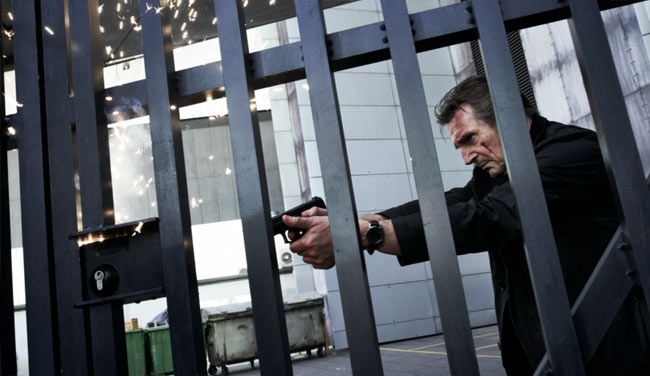 Blacklight gets off to a strange start, immediately feeling like some kind of lost Fast franchise entry as Neeson speeds his way to the rescue in a location that feels lifted right out of the Mark Williams-produced Netflix series, Ozark. Williams’ directorial approach is heavy-handed and impersonal; there are quick cuts and weird stuttering visual effects that are more distracting than visually interesting. Neeson feels a little lost too, although you can’t say he doesn’t try with his role as Travis Block. The actors that surround him are mostly vanilla and uninteresting — especially his point of interest, a protege named Dusty Crane, who’s played blandly by Sharp Objects‘ Taylor John Smith. The Umbrella Academy‘s Emmy Raver-Lampman is news reporter Mira Jones, but she feels a bit miscast here, too. Blacklight feels like a long television episode that just happens to feature superstar Liam Neeson, and never offers anything that warrants it being feature-length. Even Elementary‘s Aidan Quinn, who previously starred with Neeson in Unknown, isn’t given much to do with his cookie-cutter boss/friend character. Blacklight feels like a rejected plot for a bad Jason Bourne film with an older version of Neeson’s character from Taken as the lead. I more so feel bad for Liam than anything.

What could have been kind of intriguing for Block’s character is it’s revealed early on that he struggles with being OCD. While we get a nice look into his pristine apartment and angle-loving organizational skills, the OCD factor seems to get dropped pretty fast. It doesn’t really factor into the story and really has no bearing on anything. Honestly, I’m not sure what they could have done with it, but it’s a characteristic that appears to be inconsequential to the plot (which is relatively inconsequential to this movie). 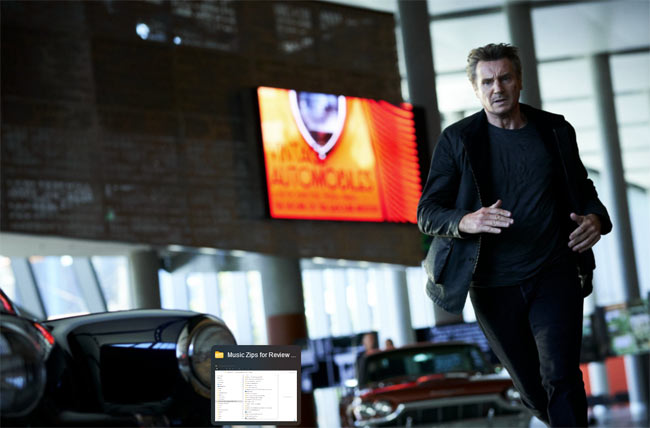 The content for Blacklight is what one would expect from a PG-13 action thriller. It’s got some violence – like a woman suddenly getting hit by a car and killed, people being shot, etc – but it’s seldom very bloody. There are some pretty violent hand-to-hand fight sequences, but it’s seldom interesting. And what could have been an engaging shootout during the film’s climax is seldom engaging. Language contains several uses of the “S” word – usually in spurts, so it’s not pervasive throughout the whole film, and there is no sexual content.

While Blacklight is a dud, it’s certainly not unwatchable; I’ve definitely seen worse movies. At its best, there are worse ways you can spend an hour and 44 minutes. At its worst, Blacklight is a lifeless, lazy and utterly forgettable mess.

Blu-Ray Special Features
Blacklight is available on Blu-Ray, DVD, and Digital. It includes the following extras: