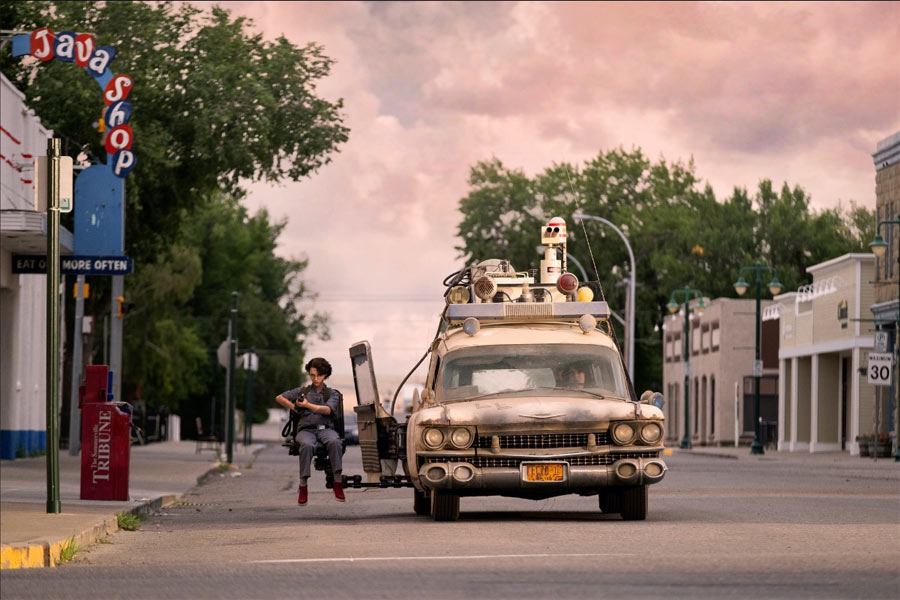 The new exhibit will showcase the most unique and popular vehicles, motorcycles and custom creations ever made for movies and television, such as “Ghostbusters: Afterlife,” “Back to the Future,” “Men in Black,” and “Batman”

LOS ANGELES (March 7th, 2022) – Located just down the street from Hollywood’s most iconic production studios, the Petersen Automotive Museum is set to present a brand-new collection of some of the most famous vehicles ever to appear in film and television. Opening to the public on March 12, 2022, in the Omaze Hollywood Gallery, located on The Otis Booth History Floor, the exhibit will include a diverse selection of cars, motorcycles and custom creations that have starred in popular movies and television series throughout the decades.

A continuation of the popular “Hollywood Dream Machines: Vehicles of Science Fiction and Fantasy” exhibit, which was the largest museum exhibition of sci-fi movie vehicles in the world, the new display branches out beyond the specific genre to incorporate a broader range of vehicles, movies and television series. Included in the space will be vehicles from the blockbuster “Black Panther,” the trilogies “Men in Black” and “Back to the Future,” and the “Ghostbusters” and “Batman” series of movies.

Stars of the new exhibit include the wildly-popular 1959 Cadillac Miller-Meteor dubbed “Ecto-1,” originally made famous as the rapid response vehicle for the cast of “Ghostbusters.” The converted ambulance made multiple appearances in the sequels to the original 1984 hit, including the more recent reboot “Ghostbusters: Afterlife.” While “Ecto-1” received updates to its appearance over the years, it will display in its original 1984 condition.

Another Hollywood vehicle making its return is the 1981 DeLorean “Time Machine” from the “Back to the Future” trilogy of movies. The producers originally chose the DMC-12 as the foundation for the famous time-traveling DeLorean due to its stainless-steel construction and gullwing doors. Multiple versions of the DeLorean “Time Machine” were made throughout the years for the two sequels, but this is the only example appearing in all three films.

“Some vehicles used in television and movies have become just as popular as the stars themselves,” said Petersen Automotive Museum Executive Director Terry L. Karges. “We are excited to display what are genuinely some of the most iconic vehicles from Hollywood’s long and storied history of film and television series production. The unique collection is sure to appeal to fans of movies and television along with any automotive enthusiasts.”

Other notable unique additions to the new exhibit include the Batmobile from “Batman” and “Batman Returns,” the intricate Moto-Terminator motorcycle that appeared in “Terminator Salvation” and the classic 1976 Ford Gran Torino from the “Starsky and Hutch” television series.

To purchase tickets or for more information about the Petersen Automotive Museum, please visit www.Petersen.org. 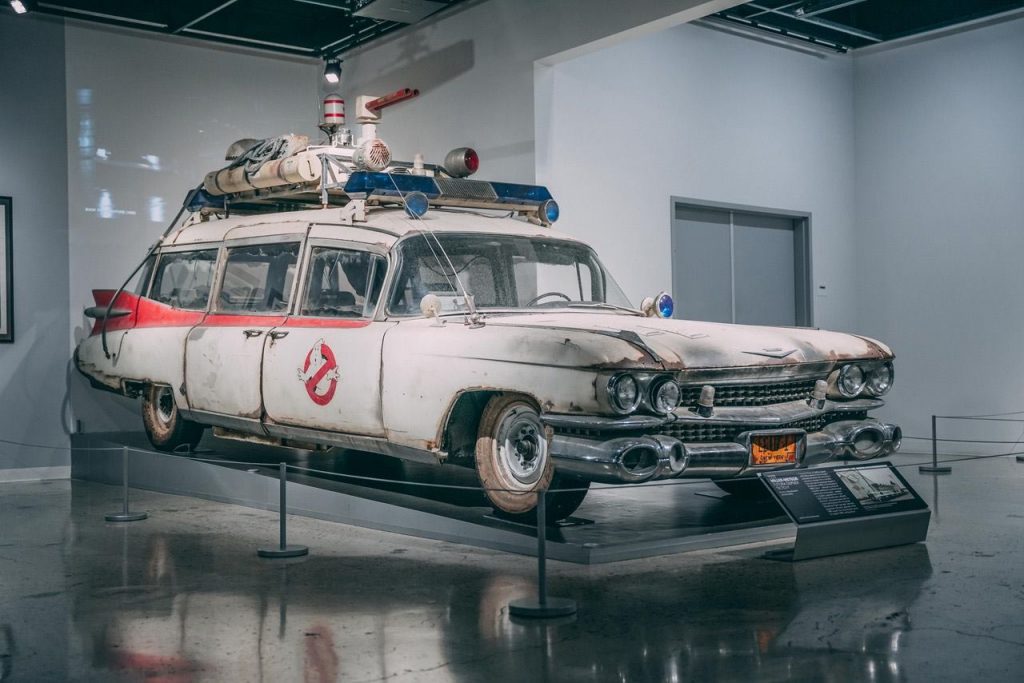 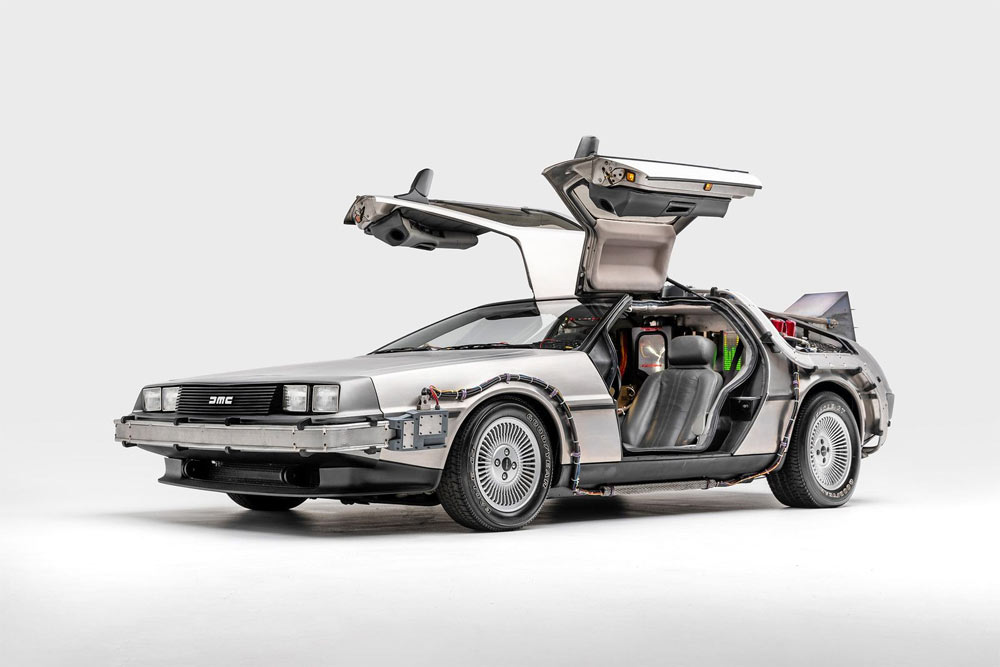 Delorean Time Machine from Back to the Future – Photo Credit: Ted7 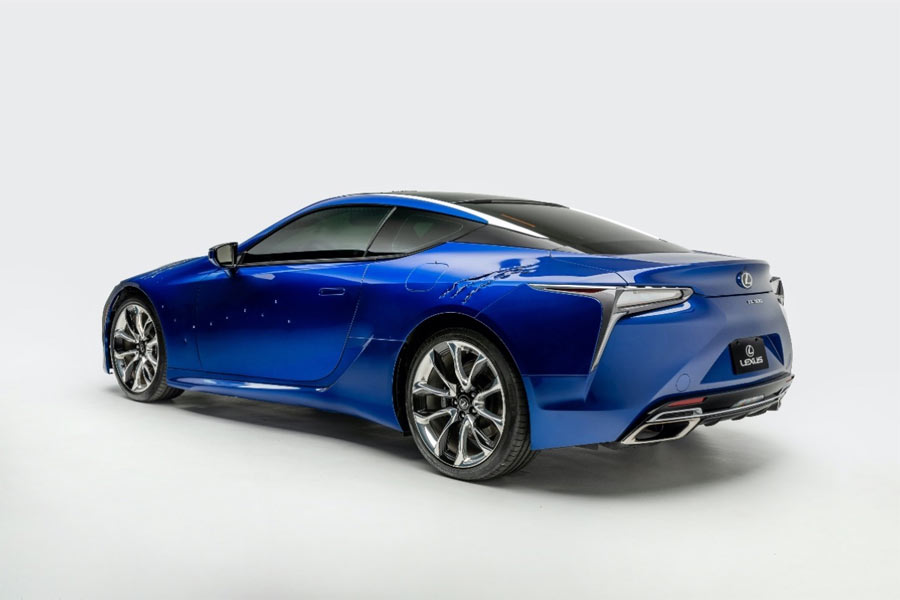 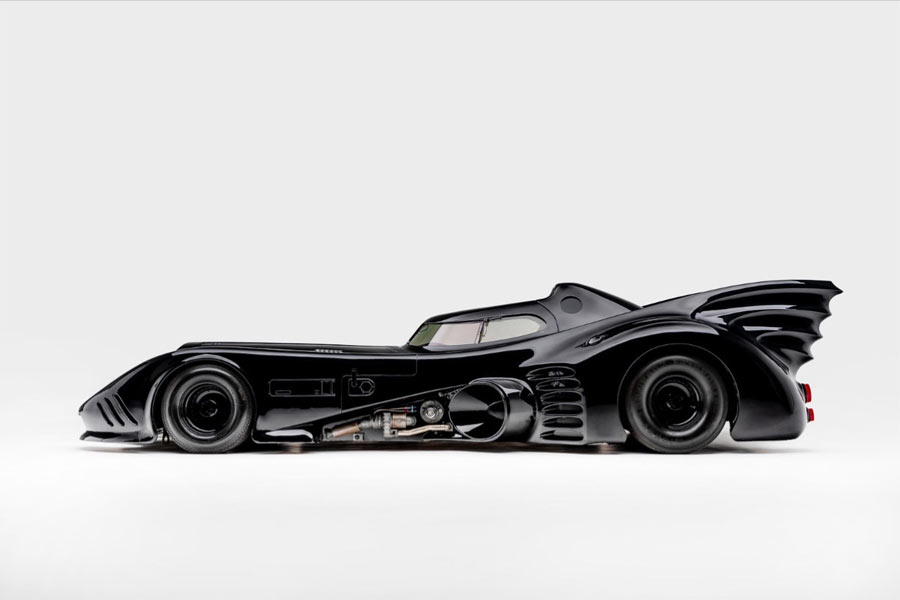 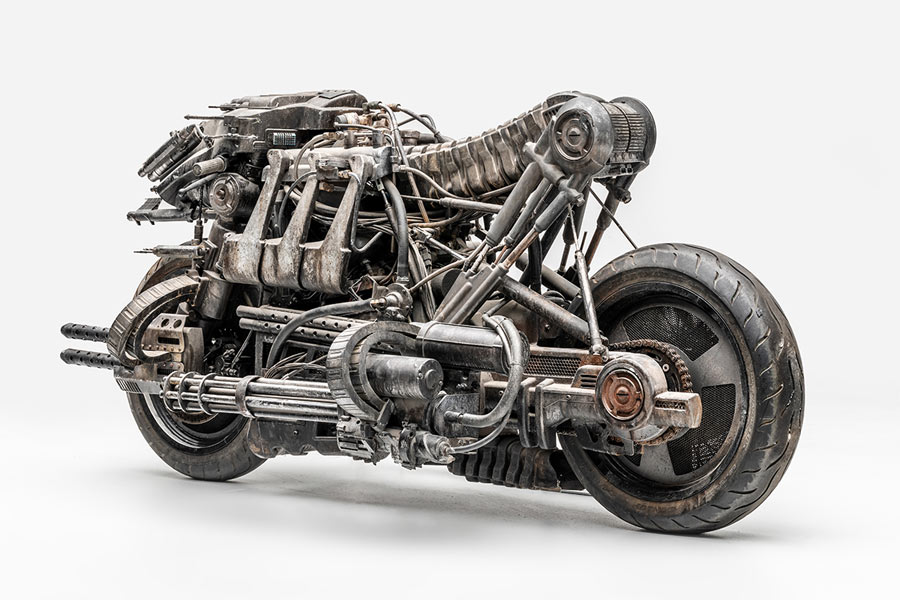 About Petersen Automotive Museum
The Petersen Automotive Museum Foundation is a non-profit 501(c)(3) charity. The museum is located at 6060 Wilshire Blvd. (at Fairfax) in Los Angeles, 90036. Admission prices are $17 for general admission adults, $15 for seniors and $12 for children ages 4 to 17. Active military with ID, personal care attendants and children under age four are admitted free. Museum hours are 10 a.m. to 5 p.m. daily. For general information, call 323-930-CARS or visit www.petersen.org.