Skip to content
News Press Releases Universal
SAY “I DO” TO THE REIGNING QUEEN OF ROM-COMS JENNIFER LOPEZ AND OWN THE YEAR’S MOST ENGAGING FILM WITH EIGHT DELETED SCENES, A GAG REEL AND MORE SPECIAL FEATURES

SAVE THE DATE AND ADD IT TO YOUR COLLECTION
ON DIGITAL MARCH 13, 2022,
BLU-RAYTM AND DVD MARCH 29, 2022
FROM UNIVERSAL PICTURES HOME ENTERTAINMENT 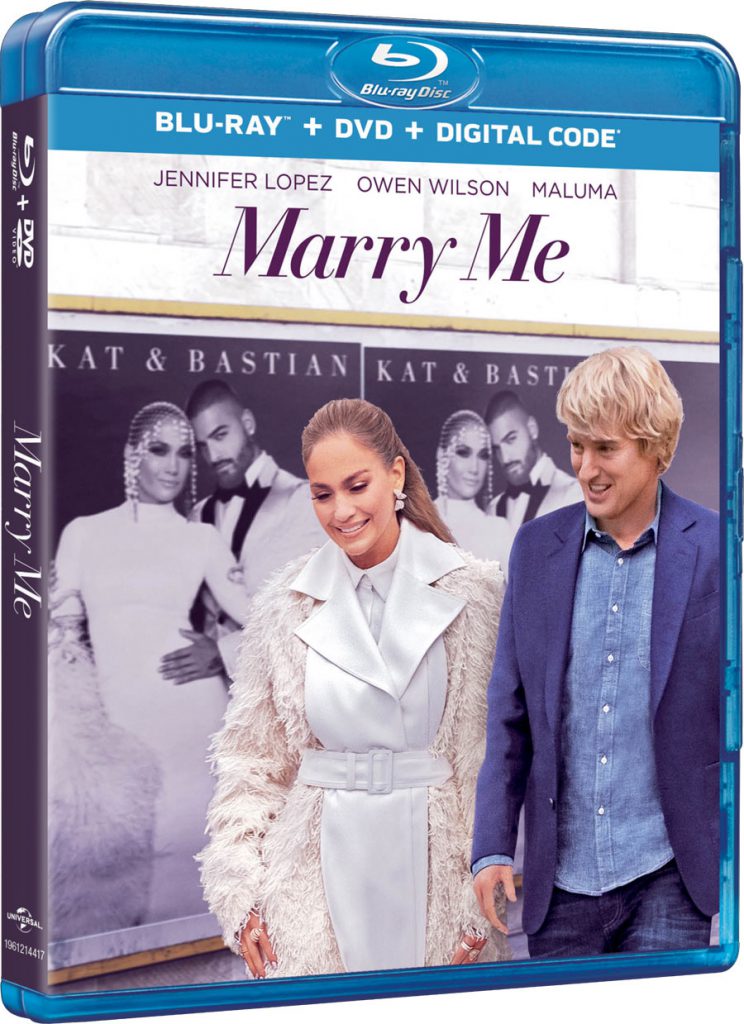 Universal City, California, March 7, 2022 – Jennifer Lopez is back as the “reigning queen of romcoms” (David Sims, The Atlantic) in MARRY ME, available for the very first time to own and on Digital March 13, 2022 and on Blu-rayTM and DVD March 29, 2022 from Universal Pictures Home Entertainment. Earning a resounding 92% audience score on Rotten Tomatoes, it is now time to “believe in love” (Kate Walsh, Los Angeles Times) with this year’s most delightfully romantic film featuring Owen Wilson and original music by Jennifer Lopez and Latin music megastar Maluma. Enjoy more of the film’s lovable charm with exclusive never-before-seen bonus content including deleted scenes, gag reel, and a look behind the scenes with actress and producer Jennifer Lopez for the perfect movie date night.

A heartbroken pop star (Jennifer Lopez), slated to marry her pop star fiancé (Maluma) on stage, instead marries a stranger from the audience – a high school math teacher (Owen Wilson). Against the odds, their relationship develops into something real…but can their love survive the limelight?

BONUS FEATURES ON DIGITAL, BLU-RAYTM AND DVD FOR YOUR COLLECTION:

MARRY ME will be available on Digital, Blu-ray™and DVD