OWN IT ON DIGITAL NOVEMBER 23, 2021
ON BLU-RAY™ AND DVD DECEMBER 7, 2021
FROM UNIVERSAL PICTURES HOME ENTERTAINMENT 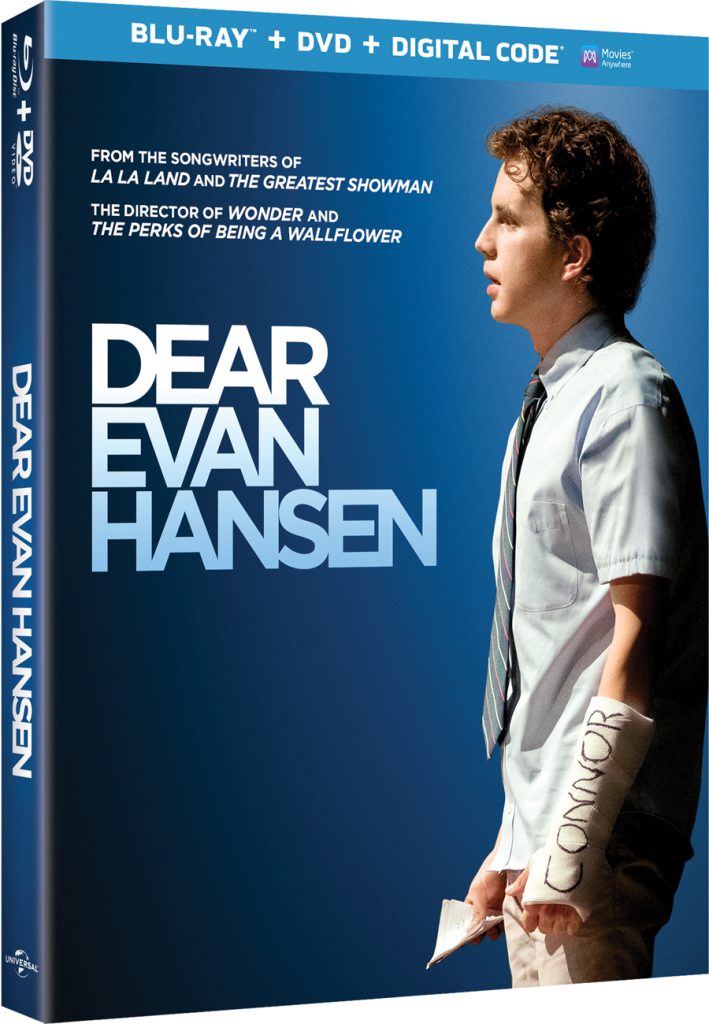 Universal City, California, November 16, 2021 – Ben Platt steps back into Evan Hansen’s shoes one last time with an incredible final performance in the powerful film adaptation of the remarkable generation-defining Broadway musical that broke records at the Music Box Theatre, DEAR EVAN HANSEN, available to own for the first time on Digital November 23, 2021 and on Blu-ray™ and DVD December 7, 2021 from Universal Pictures Home Entertainment. Just in time for the holidays, fans and newcomers alike can experience at home the emotional journey of self-discovery and familial relationships that take us back to our vulnerable teenage years and reminds us all of our inherent need for human connection, no matter how big or small. Get ready to come a little closer to the entire cast and go behind the scenes with DEAR EVAN HANSEN on Digital, Blu-rayTM and DVD – with over an hour of brand-new bonus content including an in-depth look at the music of the film, one-of-a-kind mini documentaries with cast, Ben Platt’s personal reflection on his character, and a never-before-seen making of featurette with cast and crew.

Tony®, Grammy® and Emmy® Award winner Ben Platt reprises his role as an anxious, isolated high schooler aching for understanding and belonging amid the chaos and cruelty of the social-media age. Directed by acclaimed filmmaker Stephen Chbosky, DEAR EVAN HANSEN features music and lyrics by the Oscar®, Grammy® and Tony®-winning songwriting team of Benj Pasek & Justin Paul (La La Land, The Greatest Showman), including two brand new songs and the iconic anthem “You Will Be Found.”

With the purchase of DEAR EVAN HANSEN on disc or digital, fans are eligible to earn points towards special rewards via the Universal All-Access Rewards program. Members can redeem their points for digital movies, signed collectables, box sets, win exclusive prizes and more! For FREE registration and details please visit www.MyUniversalRewards.com.