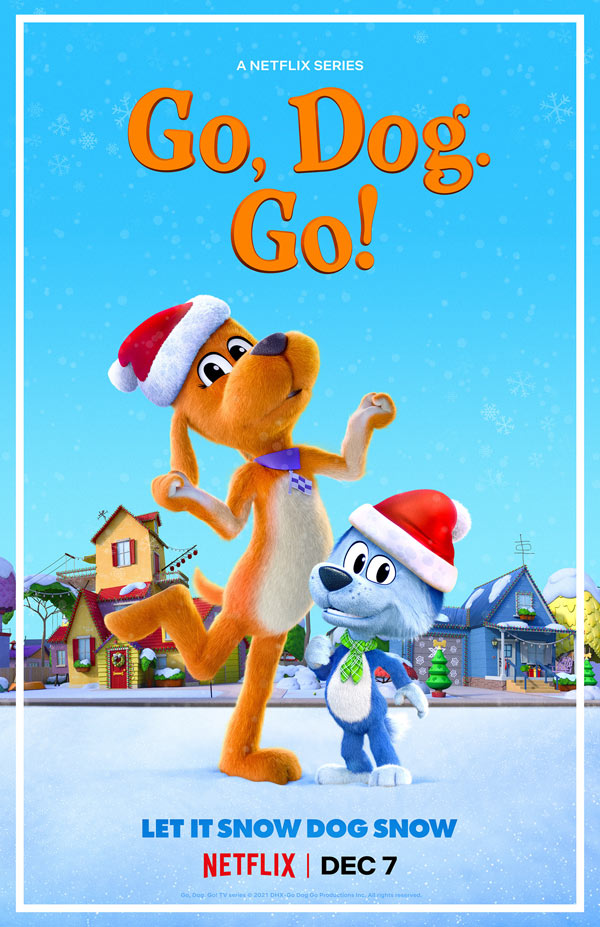 Based on PD Eastman’s best-selling, classic children’s book, an exciting new season of Go, Dog. Go! speeds to Netflix on December 7, and the race doesn’t stop there. Pawston is ready to ring in the holidays in season 2 with a special Snow Dog, Snow episode! For a peek of what’s in store for Tag Barker and Scooch Pooch, check out the fun new trailer below!

Tag Barker and Scooch Pooch are off to the races for more adventures in Pawston! See them compete in their first race as Race Cadets, rally the community to organize an unforgettable 100th birthday celebration for the city of Pawston, and endeavor to fix Sandra Paws’ sleigh and save “Sniffs-mas!” But no matter how far and fast they travel, Tag and Scooch are often reminded that it’s friends and family that truly make their community go.
Trailer Link:  https://youtu.be/26qItuggWz4
Press Kit: https://bit.ly/GoDogGoS2 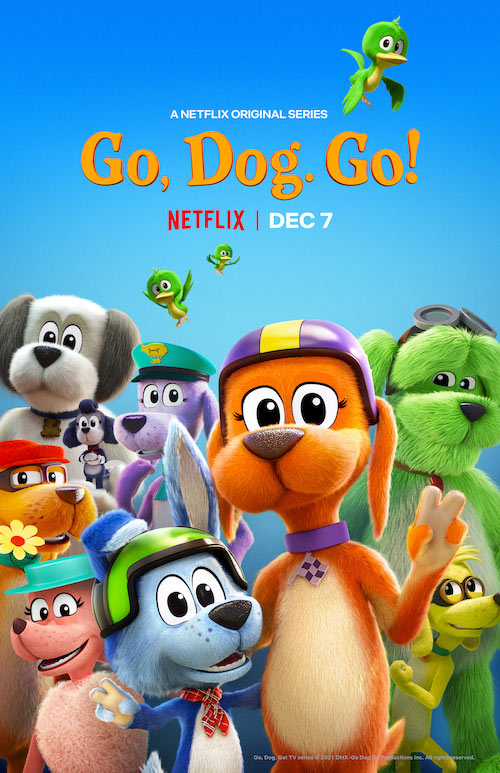 SERIES SYNOPSIS:
Based on PD Eastman’s beloved and classic children’s book, Go, Dog. Go! follows 6-year-old Tag Barker on her adventures in the city of Pawston, a fun-loving community of dogs on the go. Tag is a skilled mechanic and loves anything that goes. With her ingenuity and creativity, Tag can go as far as any plan will take her with her best friend Scooch Pooch by her side.

ABOUT DREAMWORKS ANIMATION:
DreamWorks Animation is one of the world’s leading producers of high-quality, animated family programming, reaching consumers in more than 190 countries. Creating a diverse array of original content in a variety of formats and delivering deep, fully immersive worlds served up with compelling characters, the prolific studio has garnered 27 Emmy® Awards since inception in 2013 and is home to such beloved series as Spirit Riding Free, She-Ra and the Princesses of Power, Archibald’s Next Big Thing, Kipo & the Age of Wonderbeasts, The Boss Baby: Back in Business, Kung Fu Panda: The Paws of Destiny, The Epic Tales of Captain Underpants, Dragons: Race to the Edge, All Hail King Julien, and the recently released Gabby’s Dollhouse and Go, Dog. Go! DreamWorks is a division of the Universal Filmed Entertainment Group within NBCUniversal, a subsidiary of Comcast Corporation.