Including the Complete First Seasons of Popular New Series

Returning Favorites Launching on DVD Include

BURBANK, Calif. – May 4, 2012 – ABC Studios proudly announces the August/September home entertainment debuts of eight star-studded TV series.  Complete season releases begin on August 21 with the debut of the entire first season of ABC’s addicting and star-studded new series ‘Revenge.’  The complete first season of enchanting breakout hit ‘Once Upon A Time’ releases August 28, on both DVD and Blu-rayTM.

Rounding out this fantastic fall line-up is the final season of beloved ‘Desperate Housewives,’ releasing the series’ complete eight and final season AND a special ‘Complete Collection’ allowing fans to own every episode and exciting bonus feature ever released in the series, in a premium collectible package and with an exclusive bonus disc that contains even more great castinterviews and behind the scenes from the final season, on September 25.

These releases will allow fans to dig deeper into these popular series with never-before-seen material, such as exclusive bonus features, deleted scenes, blooper reels and featurettes on favorite characters.  Each allows fans the chance to relive all their favorite moments uninterrupted, catch up on missed episodes and share their love for some of the best new series on TV with friends and family. 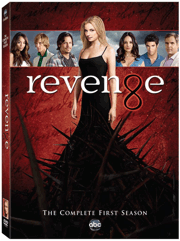 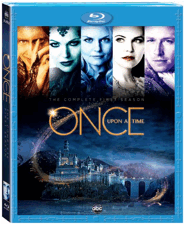 ONCE UPON A TIME:  The Complete First Season

Once upon a time there was an enchanted forest filled with fairytale characters. One day the Evil Queen released a curse which trapped all of them in a horrible place where their happy endings were stolen – our world.

The exciting releases include a wealth of bonus material and extras including an exploration of the genesis of this exciting series in “Fairy Tales in the Modern World;” “Welcome to Storybrooke;” cast interviews on childhood memories in “Tell Me A Story;” “Building Character; deleted scenes and bloopers.   Additionally, the Blu-rayTM  exclusively features “Exploring Tall Tales: True Origins,” an exciting interactive archive of  fairytale favorites. 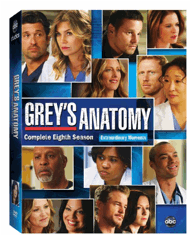 As fifth year residents, it’s do or die for the doctors of Seattle Grace Mercy West Hospital. Things heat up in the operating room and in the bedroom as competition abounds and passions are ignited. 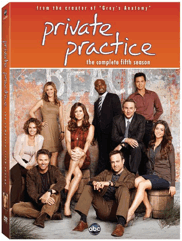 From the creators of “Grey’s Anatomy” comes the fifth season of ABC’s sexy, medical drama, “Private Practice.” Addison and her friends at the practice are faced with new challenges as unexpected people enter and complicate their lives. From a sexy new doctor to an illegitimate son, the lives and loves of these doctors are put to the test. 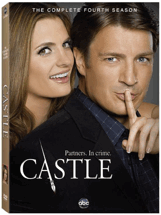 Television’s most unlikely crime-fighting team is back and their relationship is stronger than ever!  Prepare for a season full of suspense where lines are drawn, sides are chosen and careers are put on the line as Castle tries to protect Beckett following her near death encounter.  Castle’s relationship with Beckett radically changes during the season, leading to a final confrontation with a mysterious man who holds all the answers that Beckett has been searching for since the night her mother was murdered. 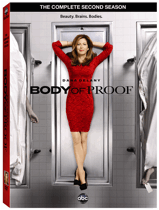 Dr. Megan Hunt may have a prickly personality, but she’s a brilliant medical examiner with unique techniques for solving even the most complex crimes.  Relive every unique medical mystery as Megan seeks justice for each victim, while also putting her life back together and repairing her personal relationships with the living. 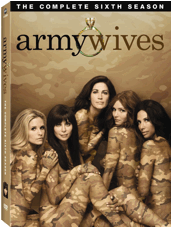 Relive each emotional moment from the lives of the military families at Fort Marshall, SC, in the riveting sixth season of “Army Wives.” The women’s friendships continue to grow stronger as  they band together through difficult times. 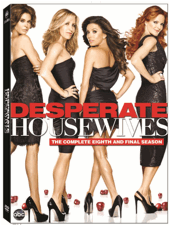 Say goodbye to the ladies of Wisteria Lane with the final climactic season of “Desperate Housewives.” The stakes are at an all-time high as each of the women cope with their guilt in the aftermath of last season’s shocking murder and cover-up.

The beloved series’ final season is released in a five-disc DVD set features exciting bonus material including the final goodbye from the original four housewives, bloopers, deleted scenes and more.

In addition to the complete eighth and final season,“Desperate Housewives: The Complete Collection” will be available on the same day.   Housed in a collectible replica of Mary Alice’s infamous steamer trunk, the complete collection contains all 179 episodes from all eight seasons on 46-discs, including an exclusive bonus disc with even more cast interviews and behind the scenes from the final season.This set is a must-have for any “Desperate Housewives” fan.

For more than 85 years, The Walt Disney Studios has been the foundation on which The Walt Disney Company was built. Today, the Studio brings quality movies,music and stage plays to consumers throughout the world. Feature films are released under the following banners: Disney, including Walt Disney Animation Studios and Pixar Animation Studios; Disneynature; Marvel Studios; and Touchstone Pictures, the banner under which live-action films from DreamWorks Studios are distributed. The Disney Music Group encompasses the Walt Disney Records andHollywood Records labels, as well as Disney Music Publishing. The Disney Theatrical Group produces and licenses live events, including Disney on Broadway, Disney On Ice and Disney Live!