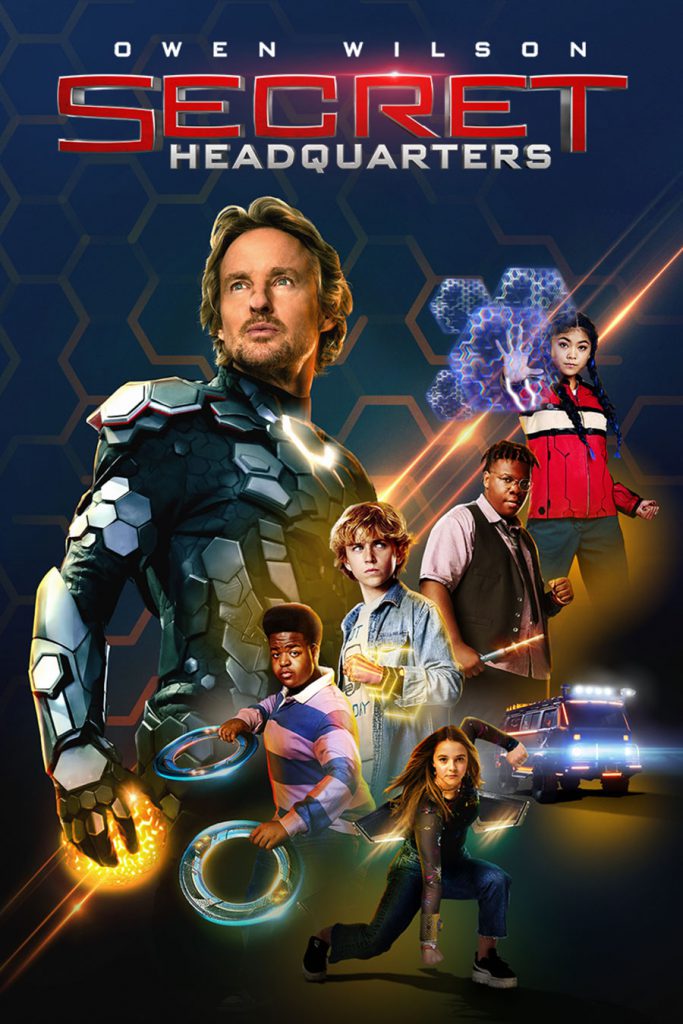 Owen Wilson stars in the family-friendly adventure SECRET HEADQUARTERS, arriving on Digital November 22 and on Blu-ray™ or DVD December 20 just in time for the holidays from Paramount Home Entertainment.

Called “big on laughs and action” (Comic Book Movie), SECRET HEADQUARTERS is “an original spy comedy that kids and parents can both enjoy” (IndieWire).

The Digital* and Blu-ray releases include over 30 minutes of fun-filled bonus content featuring Owen Wilson and Michael Peña.  Meet the cast and crew as they reflect on their time on set and enjoy a gag reel and deleted/extended scenes. Then learn how the Secret Headquarters was built, explore the stunt choreography, and find out how special effects brought everything together!  Bonus content is detailed below:

·      BFFLs—Join the cast of Secret Headquarters as they reflect on their characters and how they developed unshakeable bonds as Best Friends For Life.

·      Panic! At the Moon Dance—The production team discusses how the set, stunts and special effects came together to create the most important sequence of the film.

·      Who is the Guard?—Owen Wilson explains who The Guard is and how the guardian came to be.

Friendship and courage take center stage when Charlie and his friends stumble upon the headquarters of the Guard (Owen Wilson) and realize the world’s most powerful superhero is Charlie’s dad. When an evil businessman (Michael Peña) sends in a team to infiltrate the lair and retrieve the Guard’s energy source, the youngsters spring into action and turn the tables on the intruders.