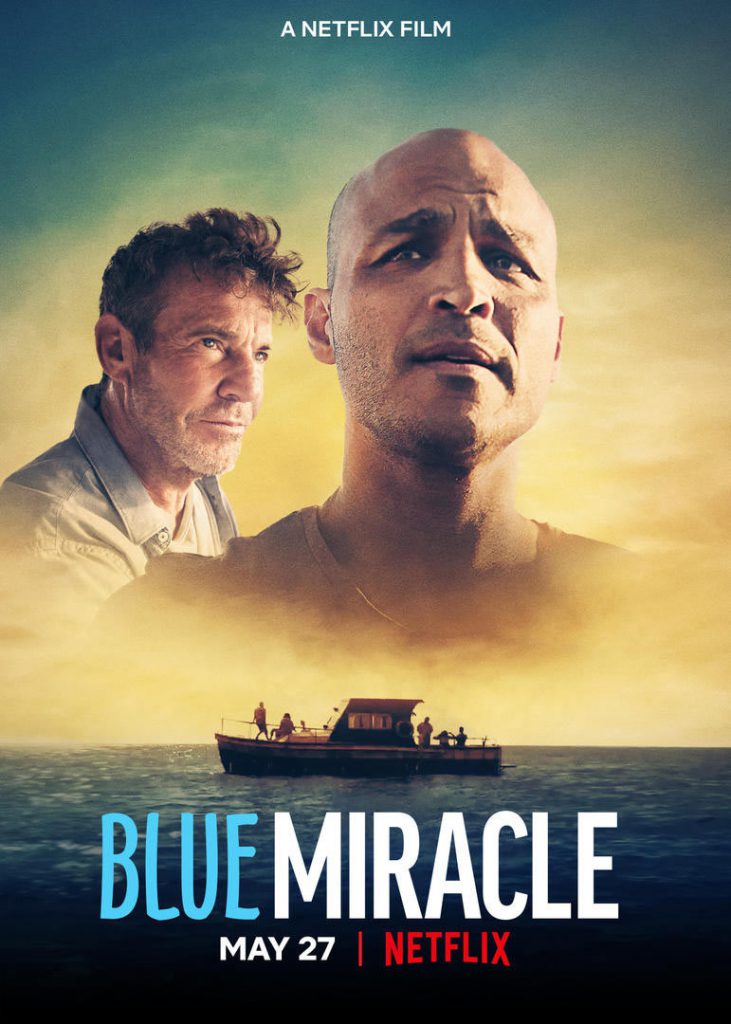 19 April 2022 – NASHVILLE, TN – Provident Films announces their movie, “Blue Miracle,” won the Epiphany Prize®, Movieguide’s® most inspirational film award. Commonly referred to as “The Christian Oscars,” the Movieguide Awards’® 30th annual show aired this past Sunday, April 17, 2022, honoring the best family-friendly movies and TV shows of the previous year.
“I’m so encouraged that movies infused with strong biblical content continue to make waves in theaters and on streaming,” says Movieguide® Founder and Publisher Dr. Ted Baehr.
“Blue Miracle” was selected as the Epiphany Prize® as “Most Inspiring Movie of 2021” because it makes it clear that works and superstition cannot bring miracles, only God’s loving grace can.
“The main theme of the movie to me is found in Scripture, where it says true religion is those who take care of widows and orphans,” shares Trey Reynolds, “Blue Miracle” producer and VP of Provident Films. “It’s kind of a modern-day story of how God’s heart is close to orphans and the most vulnerable in our society. It was a beautiful story of how God intervened and turned a really bad situation into something good.”
“Blue Miracle” tells the incredible, true story of Casa Hogar, the Mexican boys’ home that entered the world’s biggest fishing tournament to save their orphanage. The prize-winning film stars Dennis Quaid (“I Can Only Imagine,” “Soul Surfer”), and was released as a Netflix Original on May 27, 2021.
The film quickly became the second most-streamed movie in the world according to FlixPatrol.com, a website that provides daily VOD charts for 362 streaming platforms in 123 countries worldwide. The film is available exclusively on Netflix in over 190 countries worldwide and available in over 30 languages. Click on the movie poster above to view the trailer.
About Provident Films:
As a leading faith-based film company, Provident Films creates entertainment that inspires audiences to believe in God’s purpose for their life. Since 2006, the company has pioneered the faith-based film genre yielding over $280MM in box office sales. The company will release “Family Camp” to theaters on May 13, 2022, and produced industry hits such as Kendrick Brothers’ “Overcomer,” “War Room,” “Courageous,” “Fireproof,” “Facing The Giants,” and the Erwin Brothers’ “Woodlawn” and “Moms’ Night Out.” Most recently Provident Films produced “Blue Miracle” in partnership with Netflix.
Provident Films is part of the Nashville-based Provident Entertainment, a division of Sony Music Entertainment. For more information, visit ProvidentFilms.org.
JLM admin
No Comments