Return to Rydell High with Michelle Pfeiffer and Maxwell Caulfield
in the Music-Filled Celebration June 7, 2022 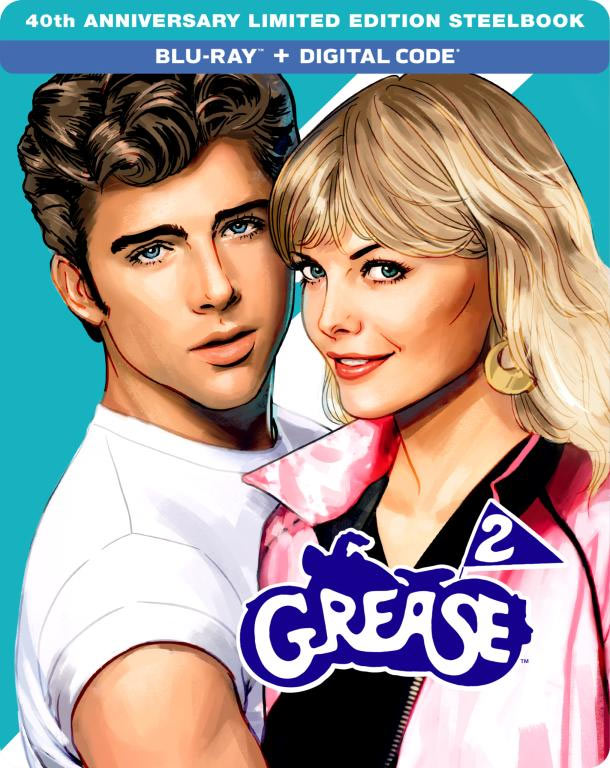 With even more romance and rock ‘n’ roll, the musical extravaganza GREASE 2 celebrates its 40th anniversary with a Limited-Edition Blu-ray SteelBook on June 7, 2022 from Paramount Home Entertainment.

The highly anticipated follow up to the smash hit Grease, GREASE 2 was originally released on June 11, 1982. Michelle Pfeiffer dazzles in a role that helped launch her to stardom and Maxwell Caulfield shines in his feature film debut.  The two star as high school students from very different backgrounds who find love despite the expectations of everyone around them.  This upbeat and campy ode to teenage romance dances to its own beat, gaining fans and cult-movie status four decades later.

It’s 1961 and there’s a new crop of seniors ready to rule rockin’ Rydell High, including the coolest cliques on campus—the Pink Ladies and T-Birds. Michael Carrington (Caulfield) is the new kid in town, but he’s been branded a brainiac. Can he fix up an old motorcycle, don a leather jacket, and avoid a rumble with the leader of the T-Birds (Adrian Zmed) to win the heart of Pink Lady Stephanie Zinone (Pfeiffer)? This cool rider is surely going to try!

The GREASE 2 Blu-ray SteelBook includes access to a digital copy of the film.