Newly Restored and Remastered for Its 40th Anniversary,

to the Paramount Presents Line 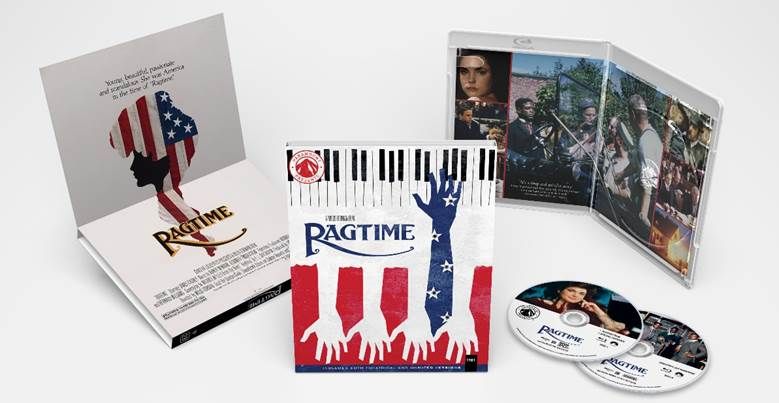 Oscar®-winning* director Milos Forman’s cinematic epic RAGTIME arrives for its 40th anniversary in a Limited-Edition two-disc Blu-ray as part of the Paramount Presents line on November 16, 2021 from Paramount Home Entertainment.  The film was originally released on November 20, 1981.

RAGTIME has been remastered from a 4K film transfer and is presented in collectible packaging featuring a foldout image of the film’s theatrical poster and an interior spread with key movie moments.  The two-disc Blu-ray includes a newly discovered director’s cut workprint version of the film (along with the theatrical version), deleted and extended scenes, a look back at RAGTIME with Larry Karaszewski and screenwriter Michael Weller, access to a Digital copy of the theatrical version, and the additional legacy bonus content detailed below: