THE MOST RELUCTANT CONVERT:  THE UNTOLD STORY OF C.S. LEWIS TO RELEASE IN CINEMAS NATIONWIDE FOR ONE NIGHT ONLY EVENT ON NOVEMBER 3

TICKETS ON SALE SEPTEMBER 15 AT WWW.CSLEWISMOVIE.COM 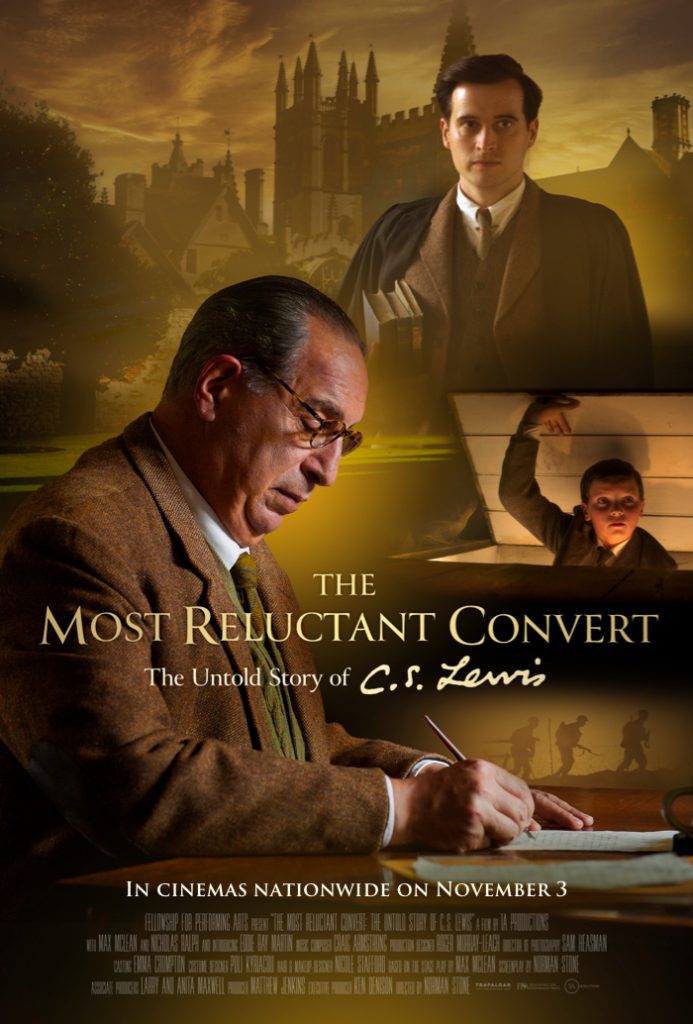 Los Angeles, CA (September 8, 2021) — Fellowship for Performing Arts in association with Trafalgar Releasing announce The Most Reluctant Convert: The Untold Story of C.S. Lewis, a new film tracing the spiritual journey of renowned author of The Chronicles of Narnia, which will release as a special event in cinemas nationwide, on November 3 – from New York to Los Angeles, Boston, Phoenix, Dallas, Atlanta, Chicago, Seattle, Miami Beach, San Francisco and many more.  Tickets go on sale September 15.  Find info and detailed city list at: www.CSLewisMovie.com.

The new biopic, directed by double-Emmy and double-BAFTA Award-winning filmmaker Norman Stone (BBC’s Shadowlands, The Narnia Code), stars Max McLean, Nicholas Ralph and Eddie Ray Martin.  Acclaimed theatre actor McLean is featured as middle-aged Lewis looking back on the events that moved him from vigorous debunker of Christianity to become the most influential Christian writer of the past century.  Says McLean, “This story has a remarkable ability to engage audiences regardless of their religious belief. Lewis applied his formidable and self-deprecating wit to engage audiences about his own trying and painful experiences.”

Nicholas Ralph, star of the PBS Masterpiece hit All Creatures Great and Small, plays Lewis as a young man who has a terrible relationship with his father and goes off to the trenches in the Great War, before becoming a fellow at Oxford University. The film introduces Eddie Ray Martin as the childhood Lewis, who loses his mother to cancer and then renounces his faith.

The Most Reluctant Convert is a ringside seat to the story of one of the 20th century’s great thinkers, as he battles with himself and ultimately finds faith. The film explores the impact friends had on the dedicated atheist who was forced to question his own disbelief such as: J.R.R. Tolkien (played by Tom Glenister, Doc Martin, Vera), Hugo Dyson (played by David Shields, The Crown, Doctor Who) and Owen Barfield (played by Hubert Barton, Jekyll & Hyde, Deep Blue Sea).

The film is based on the hit U.S. play C.S. Lewis on Stage: The Most Reluctant Convert. Adapted by and starring Max McLean (Mark’s Gospel – Jeff Award, The Screwtape Letters). Before the pandemic, it had been performed 287 times in 64 cities and on college campuses since its 2016 premiere. With extended runs in New York, Chicago and Washington, D.C. The Most Reluctant Convert has been seen by more than 100,000 people. The play and the film are based primarily on Lewis’ memoir, Surprised by Joy, which is licensed from The C.S. Lewis Company.

At age 19, Lewis witnessed firsthand the waste of life in the trenches of France during World War I, concluding that “either there was no god behind the universe, a god who is indifferent to good and evil, or worse, an evil god.” Yet, Lewis could not accept the materialist view that meaning, rationality, or purpose, were just the accidental results of physics and biochemistry. As a 16-year-old, he had picked up a copy of George MacDonald’s Phantastes, which he said, “baptized my imagination.” MacDonald, along with G.K. Chesterton and the influence of his robust group of young scholars such as Tolkien, Barfield and Dyson, moved him further up the theistic path until he finally “admitted that God was God, knelt and prayed, perhaps the most dejected, reluctant convert in all England.”

Worldwide, Lewis books have sold nearly a quarter of a billion copies.

The film is produced by Fellowship for Performing Arts in association with 1A Productions and distributed by Trafalgar Releasing. 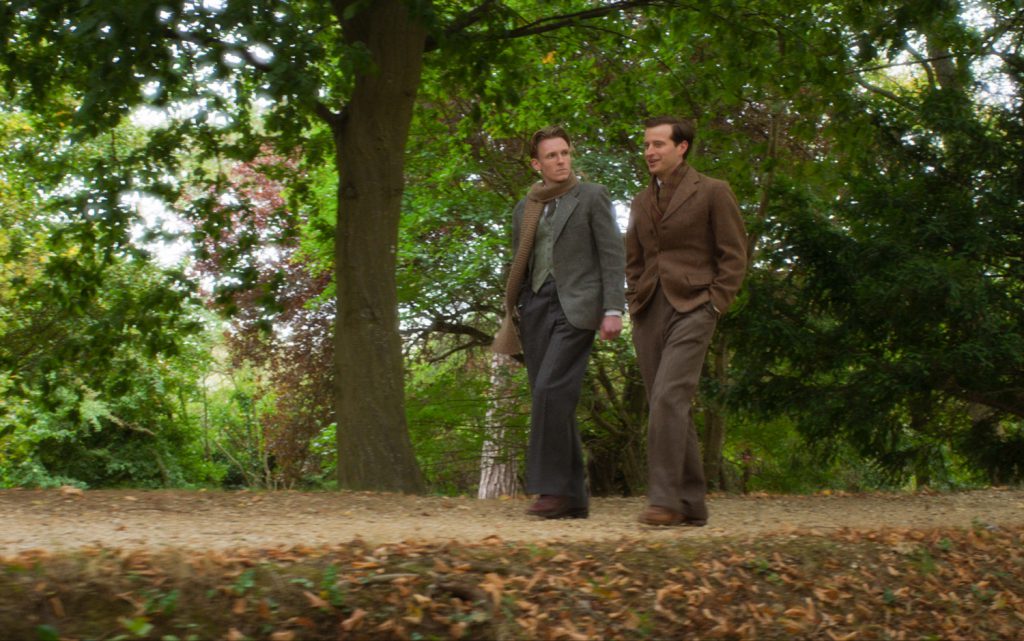 About Fellowship for Performing Arts

Founded by award-winning actor Max McLean, FPA is a not-for-profit New York City-based production company producing theatre and film from a Christian worldview to engage a diverse audience.  FPA recent productions include the international hit The Screwtape Letters, The Great Divorce, C.S. Lewis Onstage: The Most Reluctant Convert, Martin Luther on Trial, Mark’s Gospel, Genesis, Robert Bolt’s A Man for All Seasons, the first New York revival of the Tony-nominated play Shadowlands, and the world premiere of Tom Dullack’s updated retelling of Paradise Lost.  FPA also produced the Audie nominated Listener’s Bible. FPA selects works from great authors and themes that articulate the Christian worldview in a way that is imaginative, multi-layered and relatable to audiences from diverse faith perspectives, or none at all.

Since 1992, 1A Productions has been headed up by the double BAFTA and EMMY Award winner Norman Stone (Shadowlands, Man Dancin’, Miss Marple).  Over the years, 1A has gained an reputation for high quality and inventive productions, as well as garnering many international awards and acclaim.  1A has also worked with many of the finest names in the acting and film-making worlds, creating a slate of films and programming which run from top class television dramas, series and documentaries, to music videos and big screen movies.

Trafalgar Releasing is the global leader in event cinema distribution. A subsidiary of Trafalgar Entertainment, Trafalgar Releasing’s global operations include production, acquisition, marketing and distribution of specialized content to over 8,000 cinemas in more than 120 countries worldwide. Headquartered in London, the company also has offices in New York, Los Angeles and Denver. More information about Trafalgar Releasing can be found at www.Trafalgar-Releasing.com.