Skip to content
News Press Releases Universal
CELEBRATE THE END OF SUMMER WITH LUCKY, SPIRIT AND THE GIRLS IN THE PERFECT ADVENTURE FOR THE WHOLE FAMILY

OWN THE ALL-NEW FEATURE FILM, INCLUDING MORE THAN AN HOUR OF BONUS CONTENT GUARANTEED TO EXTEND THE FUN AT HOME
OWN IT ON DIGITAL AUGUST 17, 2021
BLU-RAYTM AND DVD AUGUST 31, 2021
FROM UNIVERSAL PICTURES HOME ENTERTAINMENT 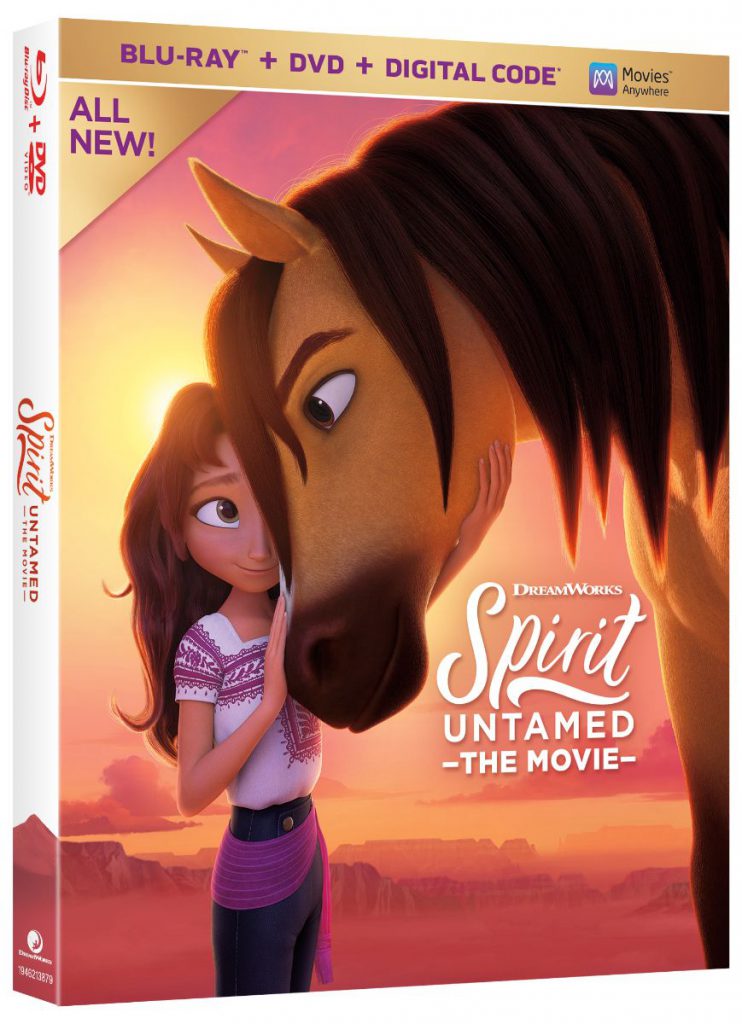 Universal City, California, August 10, 2021 – Join pals Lucky, Abigail and Prue in SPIRIT UNTAMED, an epic journey brimming with family, friendship and adventure that you can watch over-and-over. The all-new film is yours to own for the first time on Digital August 17, 2021 and on Blu-ray™ and DVD August 31, 2021 from Universal Pictures Home Entertainment and DreamWorks Animation. This release is jam-packed with more than an hour of bonus content, including deleted scenes, multiple at-home activities, including how to make your own “campfire” indoors, cast interviews, sing-alongs, and much more!

SPIRIT UNTAMED is a story of adventure, family and friendship. Free-spirited Lucky Prescott moves to Miradero to join her estranged father. She is decidedly unimpressed with the sleepy town until she discovers a unique tie to her late mother who was a fearless horse-riding stunt performer. She quickly forms a bond with a wild mustang named Spirit and makes two new pals who love horses as much as she does. When a heartless wrangler plans to capture Spirit and his herd, Lucky and her friends set off on an epic journey to rescue the horse who has given her an unbreakable connection to her mother’s legacy.

ABOUT DREAMWORKS ANIMATION:
DreamWorks Animation (DWA), a division of the Universal Filmed Entertainment Group, within NBCUniversal, a subsidiary of Comcast Corporation, is a global family entertainment company with feature film and television brands. The company’s deep portfolio of intellectual property is supported by a robust, worldwide consumer products practice, which includes licensing, and location-based entertainment venues around the world. DWA’s feature film heritage includes many of the world’s most beloved characters and franchises, including Shrek, Madagascar, Kung Fu Panda, How to Train Your Dragon, Trolls and The Boss Baby, and have amassed more than $15 billion in global box office receipts. DreamWorks Animation’s television business has quickly become one of the world’s leading producers of high-quality, animated family programming, reaching consumers in more than 190 countries. Creating a diverse array of original content in a variety of formats and delivering deep, fully immersive worlds served up with compelling characters, the prolific studio has garnered 31 Emmy awards since inception in 2013.