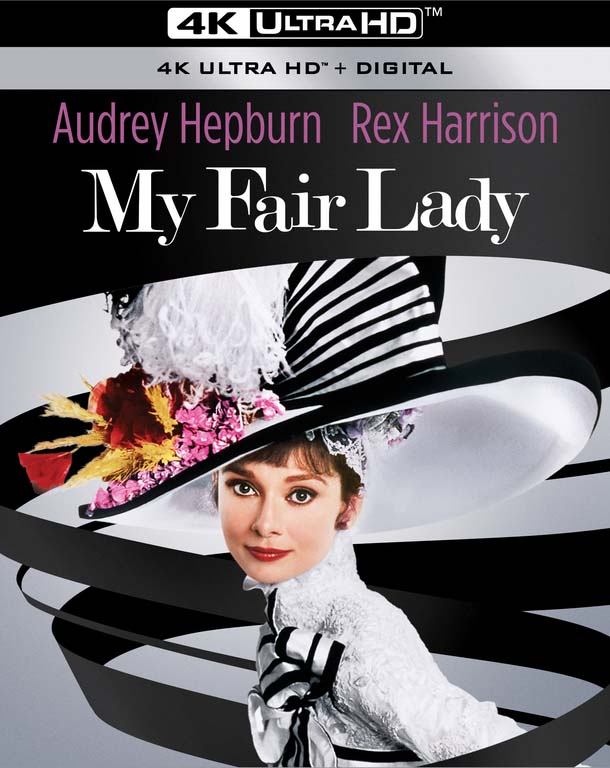 Relive the romance, music, and comedic charms of the indelible classic MY FAIR LADY, debuting on 4K Ultra HD May 25, 2021 from Paramount Home Entertainment.

Winner of eight Academy Awards*, including Best Picture, MY FAIR LADY also won the Best Picture Golden Globe® and was selected for the Library of Congress’ National Film Registry.  Adapted from the Broadway stage hit, the film stars Rex Harrison as Professor Higgins, a role that earned him the Oscar® for Best Actor in a Leading Role, and Audrey Hepburn as the unforgettable Eliza Doolittle.

The 4K Ultra HD release features stunning picture quality courtesy of a recent 8K film transfer, as well as English 7.1 Dolby TrueHD sound for the finest home presentation.  The 4K Ultra HD/Blu-ray Combo also includes access to a digital copy of the film and more than two hours of previously released bonus content as detailed below:

o   Wouldn’t It Be Loverly?

This beloved adaptation of the Broadway stage hit stars Audrey Hepburn as Eliza Doolittle, a sassy, working-class London street vendor, and Rex Harrison as the elitist Professor Higgins, who attempts to turn Eliza into a sophisticated lady through proper tutoring. But, when the humble flower girl blossoms into the toast of London society, her teacher may have a lesson or two to learn himself.