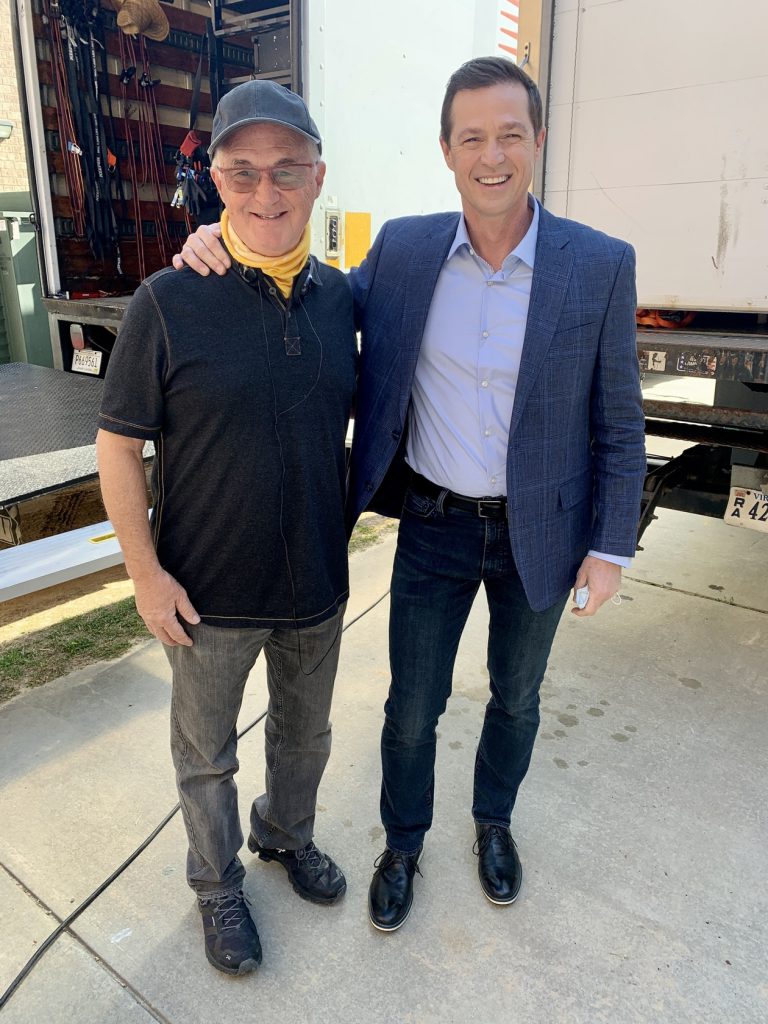 NASHVILLE, Tenn. (April 8, 2021) — ReelWorks Studios announces their latest film THE MULLIGAN, an inspiring story about relationships, forgiveness and priorities featuring Pat Boone (JOURNEY TO THE CENTER OF THE EARTH, STATE FAIR), Eric Close (“Nashville,” AMERICAN SNIPER, “Law & Order: Special Victims Unit”), Tanya Christiansen (I STILL BELIEVE, THE HATE U GIVE) and Charmin Lee (JUST MERCY, THE 5TH WAVE) with special appearance by PGA Champion Tom Lehman. THE MULLIGAN began filming in Georgia on April 6 to coincide with the 2021 Masters Tournament and is set to hit theaters in 2022.

“We are thrilled to have some of the largest golf companies including PING, Titleist, FootJoy, Payne Stewart Golf Camps and Arnold Palmer Drink Company involved in helping us bring this incredible story to life,” says producer Rick Eldridge.
THE MULLIGAN follows the life of a successful international businessman, Paul McAllister, whose personal life is falling apart. While playing in a pro-am charity golf tournament sponsored by his company, Paul has a complete meltdown. With the introduction of a mysterious character known as “The Old Pro,” Paul receives the inspiration he needs to reverse his downward spiral and experience his own personal “do-over” which is much more about his life than his golf game.
“Through the game of golf, I have experienced many of my greatest memories and formed some of my closest friendships,” says Actor Eric Close. “I’m excited to explore Paul’s journey of redemption through the game of golf and an unlikely friendship.”
Inspired by the novel from Wally Armstrong and Ken Blanchard, screenplay writers Rick Eldridge, Jimmy Hager, Randall Eldridge and Roland Eldridge pack THE MULLIGAN with a combination of golf and heartwarming life lessons.
Follow The Mulligan on Facebook @TheMulliganMovie, Twitter @MulliganMovie, Instagram @themulligan_movie and online at https://themulliganmovie.com/
About ReelWorks Studios:
ReelWorks Studios, LLC was founded by Rick Eldridge in August of 2009 as a production services and distribution management company. Business offices are located in Charlotte, North Carolina with representation and offices in Santa Monica, California. CEO, Rick Eldridge, has been in the entertainment business for over 35 years as a producer, director, musician and creative visionary. The company now has over 100 titles under management comprised of feature film, television programming and digital media. Get all the latest news from ReelWorks at https://reelworks.net/
About Blanchard Companies:
Drs. Ken and Marjorie Blanchard incorporated The Ken Blanchard Companies in 1979 with three simple goals—to make a difference in people’s lives, to drive human worth and effectiveness in the workplace, and to help each organization we work with become the provider, employer, and investment of choice.
JLM admin
No Comments