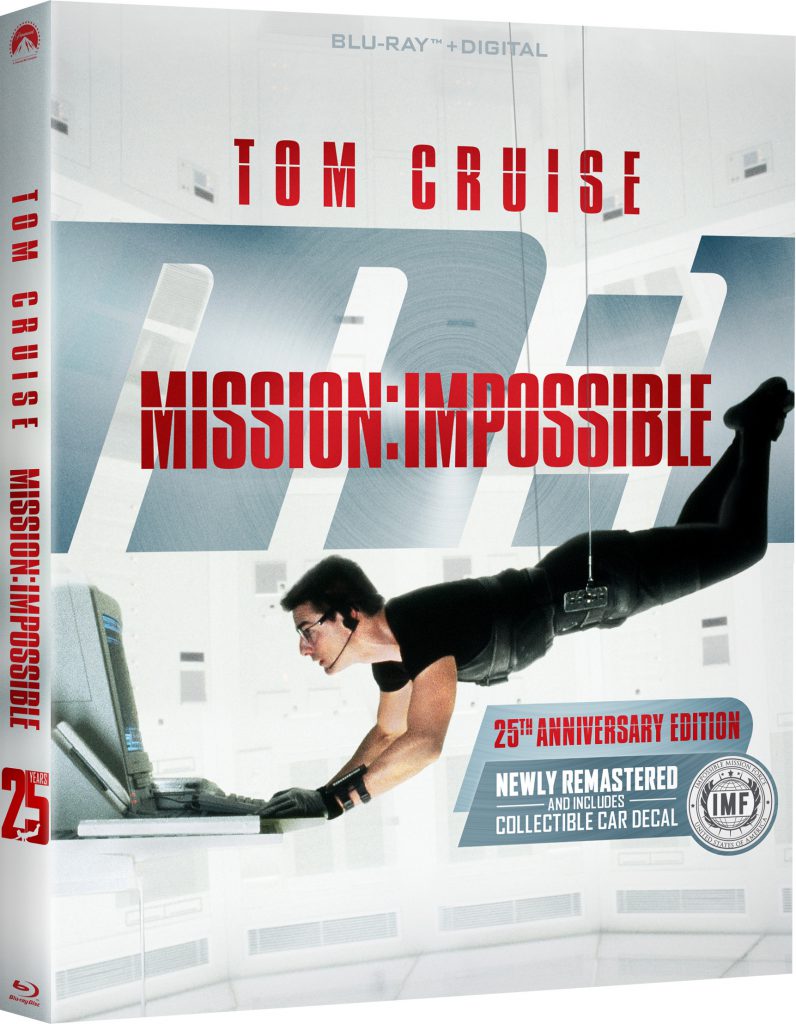 Relive every pulse-pounding moment of the original big-screen blockbuster MISSION: IMPOSSIBLE as it celebrates its 25th anniversary with a newly remastered Collector’s Edition Blu-ray on May 18, 2021 from Paramount Home Entertainment.

Originally released on May 22, 1996, MISSION: IMPOSSIBLE thrilled audiences with its breathtaking and action-packed story of secret agents and international espionage.  Tom Cruise ignites the screen as IMF agent Ethan Hunt, a character that continues to capture the imaginations of fans around the world as the franchise builds toward the highly anticipated seventh installment.

Directed by Brian De Palma (The Untouchables), with a screenplay by David Koepp (Jurassic Park) and Robert Towne (Chinatown), MISSION: IMPOSSIBLE will return to select theaters for a limited run in May through Fathom Events and Paramount Pictures.  Details about the theatrical run will be announced in April.

Ethan Hunt (Tom Cruise) is a top-secret agent, framed for the deaths of his espionage team. Fleeing from government assassins, breaking into the CIA’s most impenetrable vault, clinging to the roof of a speeding bullet train, Hunt races like a burning fuse to stay one step ahead of his pursuers…and draw one step closer to discovering the shocking truth.

Based on the Television Series “MISSION: IMPOSSIBLE” created by BRUCE GELLER