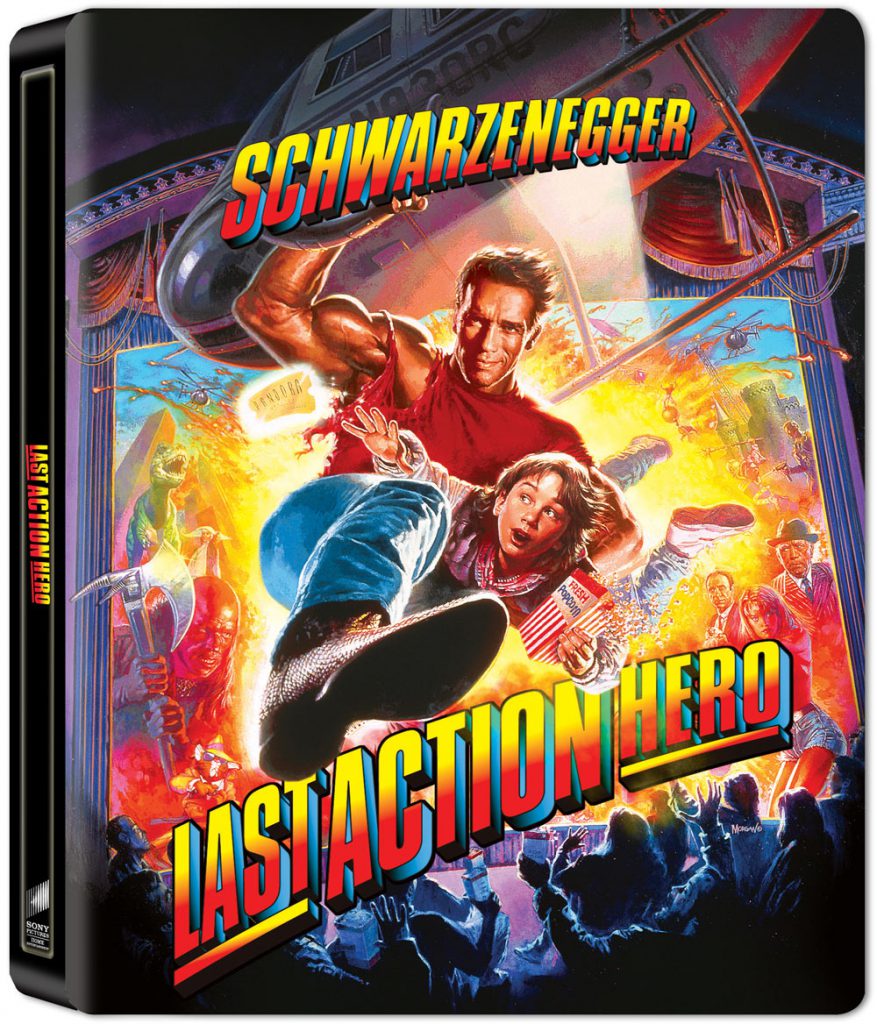 Young Danny Madigan (Austin O’Brien) is a lonely 11-year-old boy who escapes from his bleak reality by watching the action adventure movies of his favorite film character, Jack Slater (Arnold Schwarzenegger). When his best friend, Nick the projectionist, gives him a special ticket to the new Slater film, Danny is magically transported into Jack’s world, where the good guys always win. Danny becomes his helper as Jack battles a trio of nefarious bad guys, Benedict (Charles Dance), Vivaldi (Anthony Quinn) and The Ripper (Tom Noonan). But things get out of hand when Benedict steals Danny’s magic ticket stub and transports himself into the real world, where crime can, and often does, pay. Jack and Danny must leave fictional Los Angeles for real-life New York and battle the villains without the aid of movie magic or stuntmen.

*From a 2019 SPHE fan poll and over 30,000 responses, LAST ACTION HERO was the most selected movie when participants were asked to choose from a list of possible 4K UHD disc releases.