“A heartwarming fun time for the entire family” 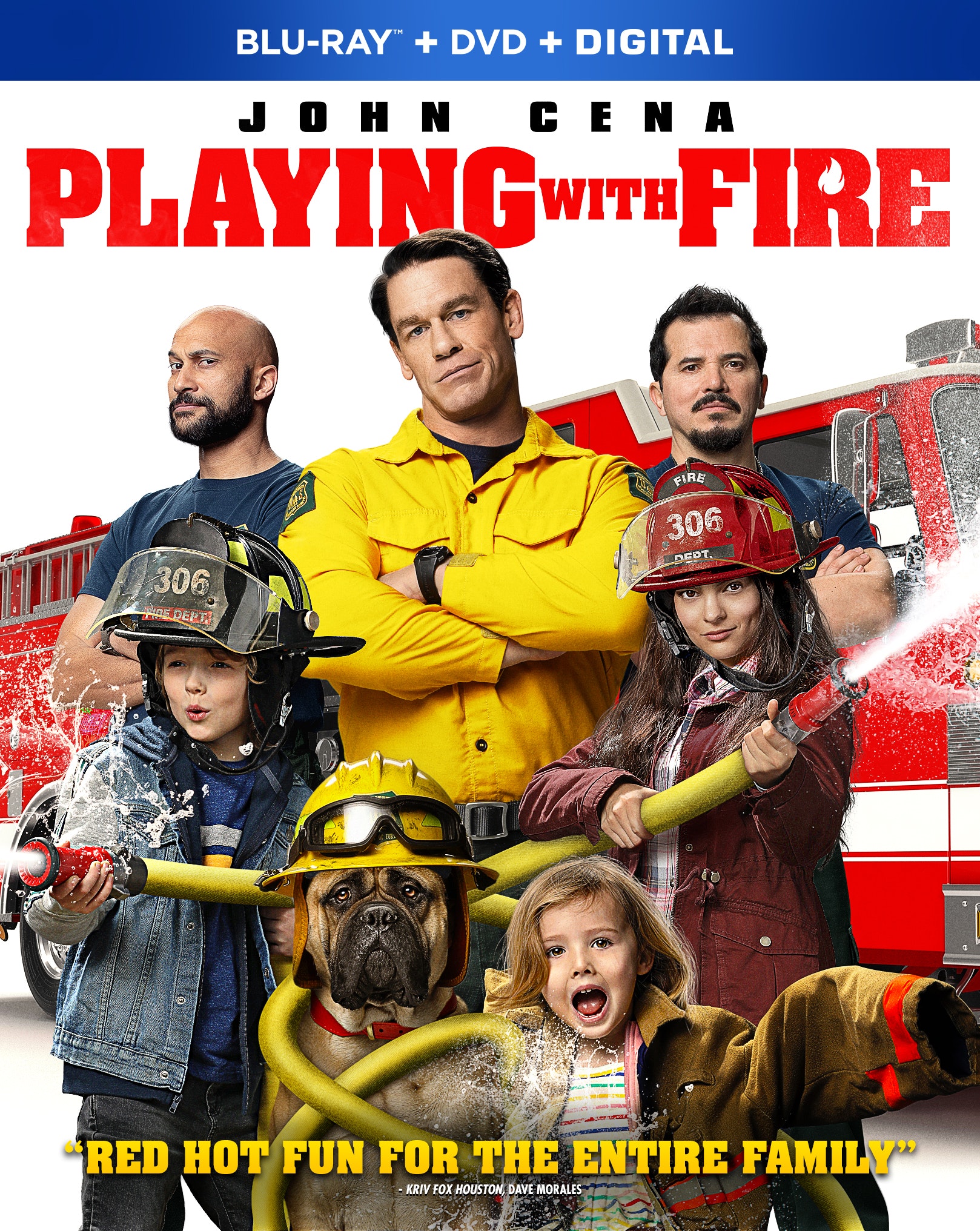 The Digital* and Blu-ray releases deliver even more laughs with wildly funny bonus content.  Sit down with Captain Jake (John Cena) as he reads a bedtime story with an amusing twist; see what you missed in theaters with deleted scenes and laugh-out-loud bloopers; plus, enjoy behind-the-scenes featurettes with the cast.

When firefighter Jake Carson (John Cena) and his team (Keegan-Michael Key & John Leguizamo) rescue three siblings in the path of a wildfire, they quickly realize that no amount of training could have prepared them for their most challenging job yet – babysitting. While trying to locate the children’s parents, the firefighters have their lives, jobs and even their fire station turned upside down and learn that kids – much like fires – are wild and full of surprises.

The PLAYING WITH FIRE DVD includes the feature film in standard definition.