THE KNIGHT OF SHADOWS

“Chan oozes an easy, effortless, impish charm, reminding us why he remains

“This is a Jackie Chan everyone knows and loves.” ~ Benson Ang, THE STRAITS TIMES 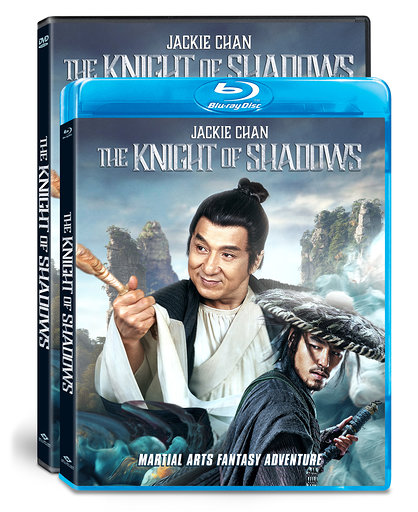 PLANO, TEXAS (December 11, 2019) – Jackie Chan, internationally beloved martial arts comedy icon, is back with his newest action-comedy explosion, THE KNIGHT OF SHADOWS, debuting on Digital, Blu-ray™ Combo Pack and DVD January 21 from Well Go USA Entertainment. Chan stars as a legendary demon hunter tracking down beasts that enter the human dimension, assisted by a lawman protégé and a motley group of friendly monsters. Directed by Jia Yan (AKA Vash, Bugs) on an epic scale, THE KNIGHT OF SHADOWS co-stars Lin Peng (Dragon Blade), Ethan Juan (The Assassin) and Elane Zhong (The Resistance).

Pu Songling (Jackie Chan), a legendary demon hunter, is asked to investigate the mysterious
disappearances of young girls from a small village. When he discovers evil forces are kidnapping the girls to feast on their souls, he sets out to save humanity from the inhuman invasion journeying through hidden worlds and colorful dimensions in this fantastical martial arts action-comedy.

THE KNIGHT OF SHADOWS has a runtime of approximately 109 minutes and is not rated.

Well Go USA Entertainment (www.wellgousa.com) is a theatrical and home entertainment distribution label that specializes in bringing top content, including the best in Action, Genre and Independent films from the US and around the world, to North America, Latin America, Asia, and Europe. As a leader in independent film distribution, Well Go’s titles can be seen across a variety of platforms, including theatrical, digital, subscription and cable VOD, packaged media and broadcast television. Well Go USA Entertainment’s corporate headquarters is in Plano, Texas, with offices in Taiwan and China.