and a Record-Breaking 7 Golden Globes® 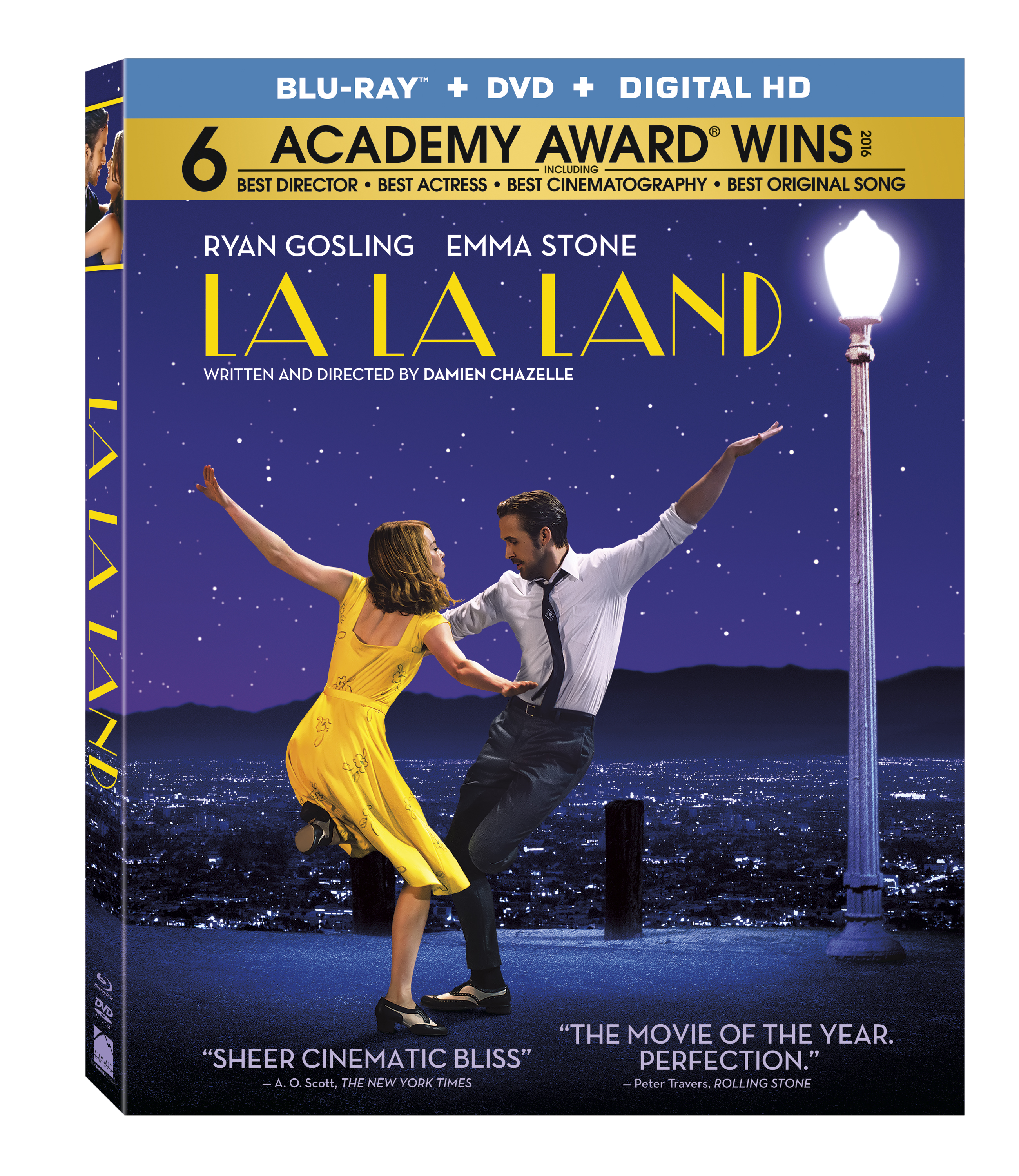 La La Land is more than the most acclaimed movie of the year — it’s a cinematic treasure for the ages that you’ll fall in love with again and again. Emma Stone and Ryan Gosling star as Mia and Sebastian, an actress and a jazz musician pursuing their Hollywood dreams — and finding each other — in a vibrant celebration of hope, dreams, and love.

Damien Chazelle’s magical interpretation of the City of Angels is destined to be a modern classic and an icon of the era. The home entertainment release includes the breathtaking film to watch again and again, as well in-depth bonus material revealing the untold story of how Damien’s passion project came to life. The 4K Ultra HD, Blu-ray and Digital HD special features include audio commentary by writer/director Damien Chazelle and composer Justin Hurwitz, and 10 behind-the-scenes featurettes including: “Another Day of Sun: They Closed Down a Freeway” which gives a behind-the-scenes look at how Damien Chazelle and his team had only two shoot days to make the film’s spectacular opening number a reality; “La La Land’s Great Party,” looking at the creation of the Hollywood Hills party scene; “Ryan Gosling: Piano Student” showing how hard Ryan Gosling worked to truly play the piano as Sebastian; “Before Whiplash: Damien Chazelle’s Passion Project,” that uncovers the story of La La Land’s origins; “La La Land‘s Love Letter To Los Angeles,” in which the term La La Land is explained; “The Music of La La Land” delving into the process of creating the iconic music; “John Legend’s Acting Debut” featuring the Grammy®-Winning singer’s thoughts on being in the film; “The Look of Love: Designing La La Land,” with interviews with the film’s design team; “Ryan and Emma: Third Time’s the Charm,” marking the third time in which Ryan Gosling and Emma Stone have starred on screen together, and “Epilogue: The Romance of the Dream,” exploring the extraordinary ending to the film. The 4K Ultra HD, Blu-ray and Digital HD also feature “Damien & Justin Sing: The Demos”, showing the original pitches for the film. The 4K Ultra HD and Blu-ray of La La Land will feature a Dolby Atmos soundtrack remixed specifically for the home theater environment to place and move audio anywhere in the room, including overhead.

·       “Another Day of Sun: They Closed Down a Freeway” Featurette

·       “Another Day of Sun: They Closed Down a Freeway” Featurette

Rating: PG-13 for some language

One of the largest independent television businesses in the world, Lionsgate’s slate of premium quality series encompasses nearly 90 shows on more than 40 different networks. These include the ground-breaking Orange is the New Black, the fan favorite Nashville, the syndication success The Wendy Williams Show, the hit drama The Royals, the acclaimed Casual, the breakout success Greenleaf and hit STARZ series including Outlander, Black Sails, Survivor’s Remorse and Power, the second highest-rated premium pay television series of 2016.

Lionsgate’s home entertainment business is an industry leader in box office-to-DVD and box office-to-VOD revenue conversion rates. Lionsgate handles a prestigious and prolific library of more than 16,000 motion picture and television titles that is an important source of recurring revenue and serves as a foundation for the growth of the Company’s core businesses. The Lionsgate, Summit Entertainment and Starz brands are synonymous with original, daring, quality entertainment in markets around the world. www.lionsgate.com