FASTEN YOUR SEATBELTS AND GEAR UP FOR A FUN,
ACTION-PACKED RIDE

Get the Film Two Weeks Early on Digital HD March 28 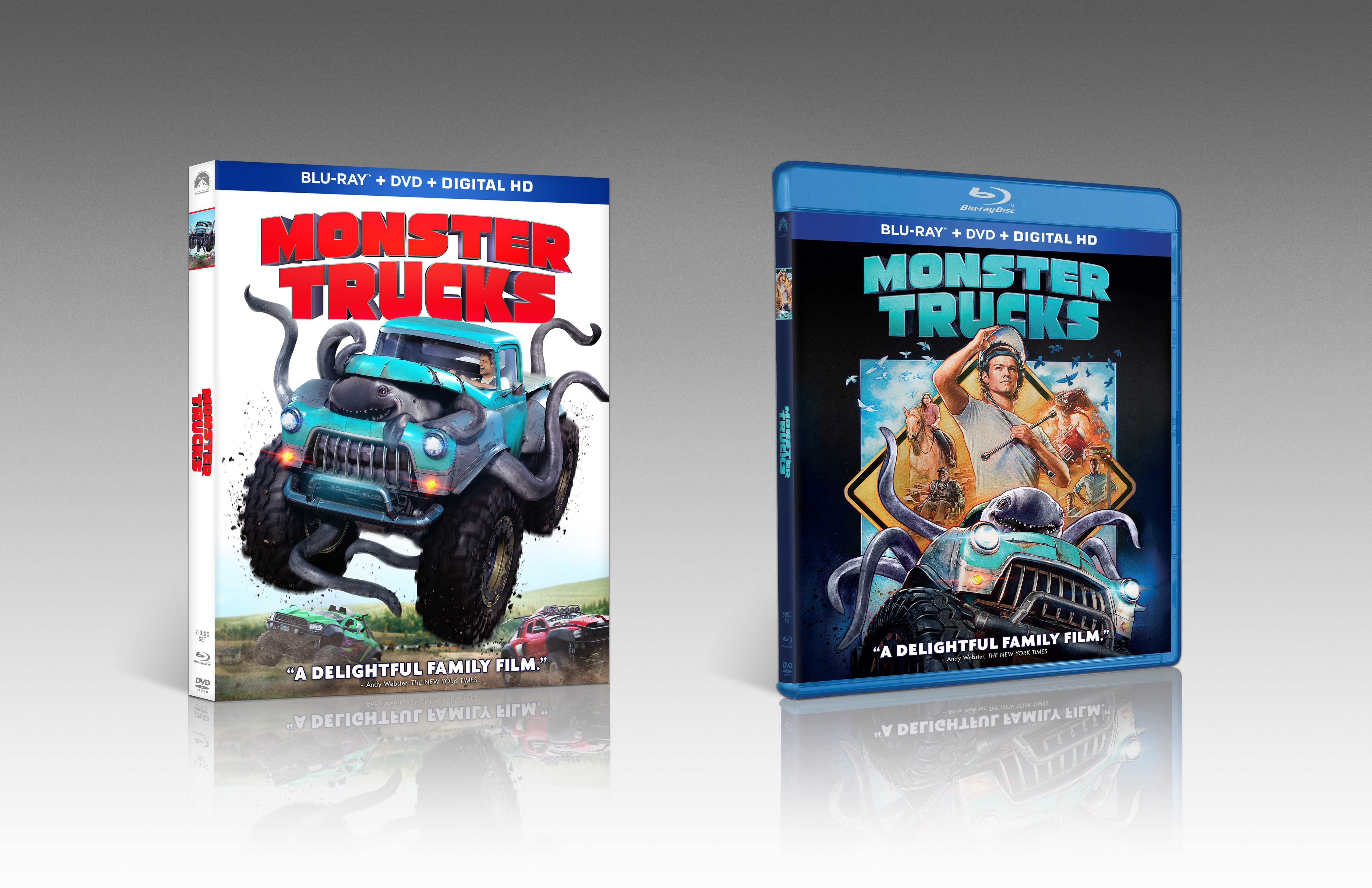 Tripp is a high school senior with a knack for building trucks who makes an incredible discovery – a gas-guzzling creature named Creech. To protect his mischievous new friend, Tripp hides Creech under the hood of his latest creation, turning it into a real-life super-powered Monster Truck. Together, this unlikely duo with a shared taste for speed team up on a wild and unforgettable journey to reunite Creech with his family. A fun-filled adventure that never slows down, MONSTER TRUCKS features a terrific ensemble cast including Lucas Till (X-Men: Apocalypse), Jane Levy (Don’t Breathe), Thomas Lennon (“The Odd Couple”), Danny Glover (Lethal Weapon), Amy Ryan (Central Intelligence) and Rob Lowe (“Parks and Recreation”).

A perfect family Easter gift, the MONSTER TRUCKS Blu-ray Combo Pack features over 40 minutes of action-packed behind-the-scenes bonus content.  Take a look under the hood and discover the magic behind MONSTER TRUCKS with interviews from cast and crew, deleted scenes, a hilarious gag reel and much, much more!  Plus, the Blu-ray Combo Pack includes collectible MONSTER TRUCKS wall decals, for a limited time while supplies last.  The film also boasts a Dolby Atmos® soundtrack* remixed specifically for the home theater environment to place and move audio anywhere in the room, including overhead.

The Blu-ray Combo Pack available for purchase includes a Digital HD copy of the film that can be accessed through UltraViolet™, a way to collect, access and enjoy movies.  With UltraViolet, consumers can add movies to their digital collection in the cloud, and then stream or download them—reliably and securely—to a variety of devices.

Dolby Atmos delivers moving audio—sound that can be precisely placed and moved anywhere in three-dimensional space, including overhead. It brings entertainment alive all around the audience in a powerfully immersive and emotive experience. To learn more about Dolby Atmos, visit dolby.com/Atmos.

Canadian Rating:        PG for violence, not recommended for young children