WILL FERRELL AND MARK WAHLBERG STAR IN THE ULTIMATE
DAD VS. STEP-DAD SHOWDOWN

Own the Hilarious Family Comedy on Blu-ray™ Combo Pack March 22, 2016

Get it on Digital HD Two Weeks Early on March 8 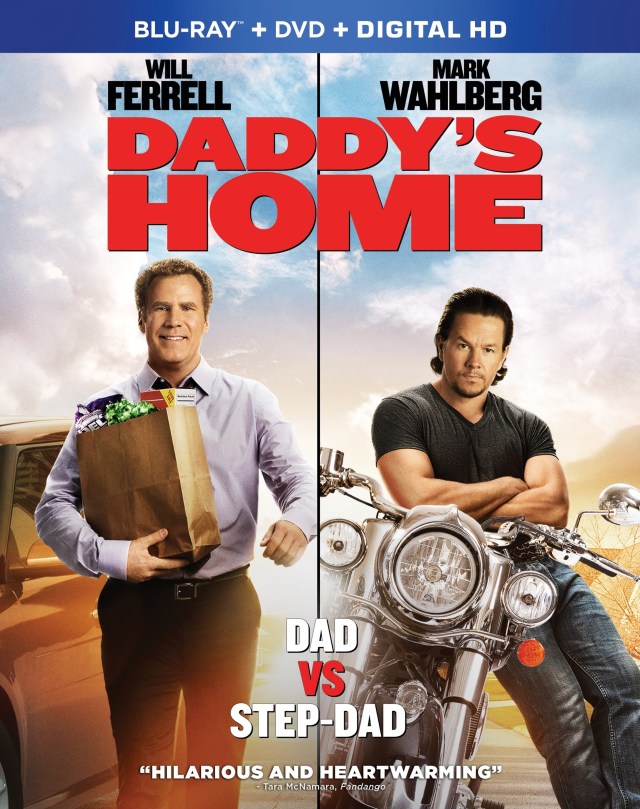 Will Ferrell and Mark Wahlberg “are comedy magic” (Tara McNamara, Fandango) in this uproarious, feel-good movie that offers “plenty of family-sized laughs” (Alex Zane, The Sun).  Brad (Ferrell), who always dreamed of having the perfect family, is determined to become the best step-dad to his new wife’s (Linda Cardellini) children. But when their biological father Dusty (Wahlberg) shows up unexpectedly, Brad’s idyllic family life is turned upside down and he must go toe-to-toe with Dusty in this hilarious family comedy that “will have you in stitches” (Jaclyn Roth, Life & Style).

The DADDY’S HOME Blu-ray Combo Pack with Digital HD features over 45 minutes of bonus content. Go behind-the-scenes with laugh-out-loud cast interviews, deleted & extended scenes, and a look at the outrageous NBA halftime stunt you have to see to believe! Plus, for a limited time only, the Blu-ray Combo Pack includes $15 off sports tickets through Ticketmaster.

o   The Making of Daddy’s Home

The Blu-ray Combo Pack available for purchase includes a Digital HD version of the film that can be accessed through UltraViolet™, a way to collect, access and enjoy movies.  With UltraViolet, consumers can add movies to their digital collection in the cloud, and then stream or download them—reliably and securely—to a variety of devices.