Animated Family Fun Adventure BEYOND BEYOND Arrives on DVD, Digital HD and On Demand 3/8 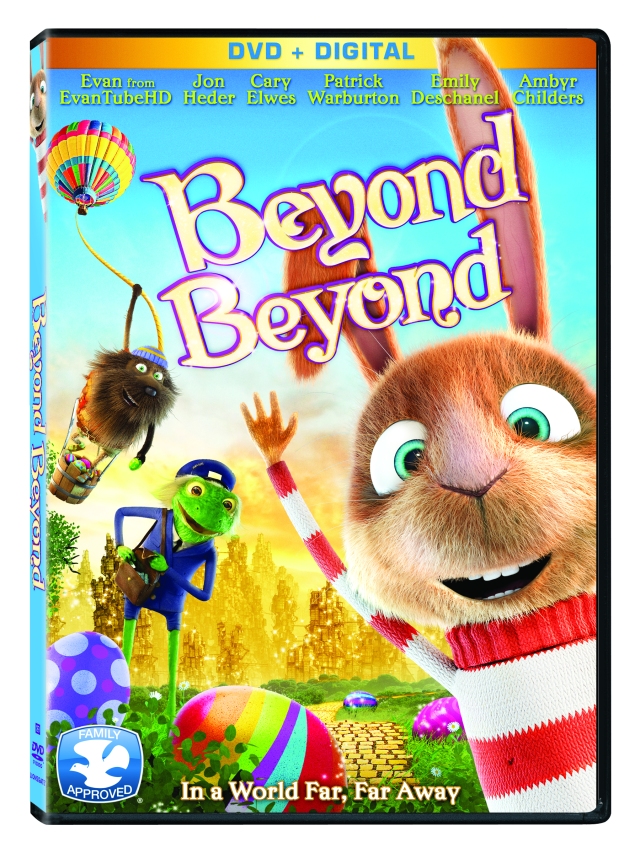 Embark on the adventure of a lifetime when Beyond Beyond arrives on DVD (plus Digital), On Demand and Digital HD on March 8 from Lionsgate Home Entertainment. Awarded the Dove Seal of Approval, the film is “timed perfectly for Easter fun” (The Dove Foundation). Evan from EvanTubeHD, Jon Heder (Napoleon Dynamite), Cary Elwes (The Princess Bride), Patrick Warburton (Planes: Fire & Rescue), Emily Deschanel (My Sister’s Keeper) and Ambyr Childers (TV’s “Ray Donovan”) lend their voices to bring the fun and furry characters to life!The Beyond Beyond DVD will be available for the suggested retail price of $19.98.

After the sudden disappearance of his mother (Ambyr Childers), Jonah (Evan) goes on a journey to find her with his protective father (Cary Elwes). In spite of his father’s best efforts, Jonah finds himself separated from his dad and all on his own. Determined to find his parents in the strange land of The Feather King (Patrick Warburton), his wild adventures begin to unravel the strict rules of The Feather Kingdom. As the world they know begins crumbling around them, will Jonah find a way to return home with both of his parents, even at the cost of a whole new world order?