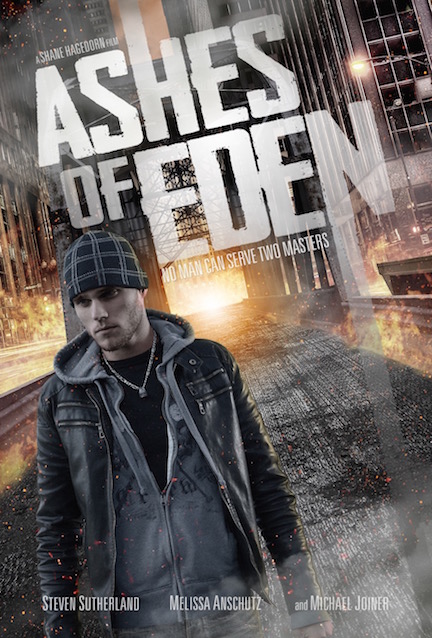 Nashville, TN (December 2, 2015) – LightWorx Entertainment film, Ashes of Eden, is set to make its world-wide debut on UplifTv and ParablesTV on April 1, 2016. Air times will be forthcoming. The Inspirational yet edgy crime drama, written and directed by Shane Hagedorn and produced by New House Entertainment, Collective Development, Inc. and Ahptic Film & Digtal, will also release to DVD nation-wide on April 5, 2016. The official trailer for the film can be viewed at www.lightworxentertainment.com/films/ashes-of-eden.

“Ashes of Eden is a film that brings to light the consequences of making the wrong choices in life yet shows the redemptive power through our Faith,” says Isaac Hernnandez, VP of Programming for UplifTv and Parables TV.  “While this is a very edgy movie, it is a perfect tool to use with the younger generation to bring them to Faith. UplifTv is very excited to partner with LightWorx Entertainment to bring this great movie to the masses.”

A new and unique family-friendly television network that offers more inspirational movies and documentaries than any other faith-based channel, UplifTv is available to all Direct TV subscribers with HD-capable equipment on channel 379 and on a growing number of cable television systems.

ParablesTV was developed to provide families with an alternative to traditional network television.  Featuring Christian movies, documentaries, series, children’s programming and original productions, Parables programs are thought-provoking, uplifting and inspire discussion about topics that are important to faith.  ParablesTV is available via subscription and can be viewed on iPhone, iPad, Android devices, Apple TV and Roku.

“We are thrilled that UplifTV and ParableTV are partnering with us to take Ashes of Eden to the masses,” Randy Maricle, LightWorx Entertainment Managing Parnter, explains. “It’s a great film that will have a definite impact. We’re glad these networks understand this and are willing to take a risk with an edgy film.”

Ashes of Eden is the story of Red (Sutherland), an 18 year-old who made some bad choices and done his time, but is still paying the consequences.  Secretly selling stolen drugs in order to help his police officer mother (Anschutz) pay the mortgage, Red unknowingly starts a bloodbath between rival dealers and ends up in the center of the spotlight.  This gritty cautionary tale proves that having a bad reputation and being in the wrong place at the wrong time are an unfortunate combination – even when you’re trying to do the right thing – but also reassures that redemption can come.

ABOUT LIGHTWORX ENTERTAINMENT
Launched in January 2015 by industry powerhouse, Randy Maricle, LightWorx Entertainment exists to provide content creators with a profitable and creative option for marketing, development and distribution – using Christ-modeled business practices – that will deliver their product to end consumers with impact. With four films already in the market for 2015 and six more before the end of the year, LightWorx is gearing up for a big 2016 with seven films, including three theatrical releases, in the first half of the year.