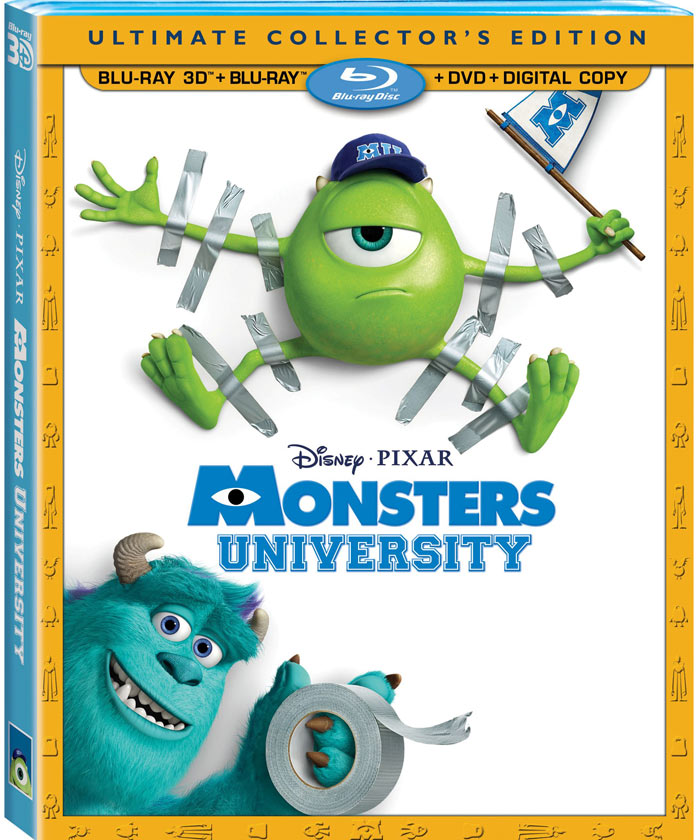 After scaring up big laughs in theaters, the in-home release of “Monsters University” opens its doors to the movie in stunning high definition Blu-ray, and provides hours of all-new bonus material, in-depth behind the scenes features, deleted scenes, the animated theatrical short “The Blue Umbrella” and much more.  Directed by Dan Scanlon (“Cars,” “Mater and the Ghostlight,” “Tracy”), produced by Kori Rae (“Up,” “The Incredibles,” “Monsters, Inc.”), and written by Dan Scanlon and Robert Baird & Dan Gerson (“Monsters, Inc.”), “Monsters University” marks Pixar’s 14th consecutive film to debut at number one at the box office.

Ever since college-bound Mike Wazowski (voice of Billy Crystal) was a little monster, he has dreamed of becoming a Scarer—and he knows better than anyone that the best Scarers come from Monsters University (MU). But during his first semester at MU, Mike’s plans are derailed when he crosses paths with hotshot James P. Sullivan, “Sulley” (voice of John Goodman), a natural-born Scarer. The pair’s out-of-control competitive spirit gets them both kicked out of the University’s elite Scare Program. To make matters worse, they realize they will have to work together, along with an odd bunch of misfit monsters, if they ever hope to make things right. “Monsters University” bravely explores themes of self-discovery and the revelations that come with growing up.

Bonus Materials Overview for These Products: 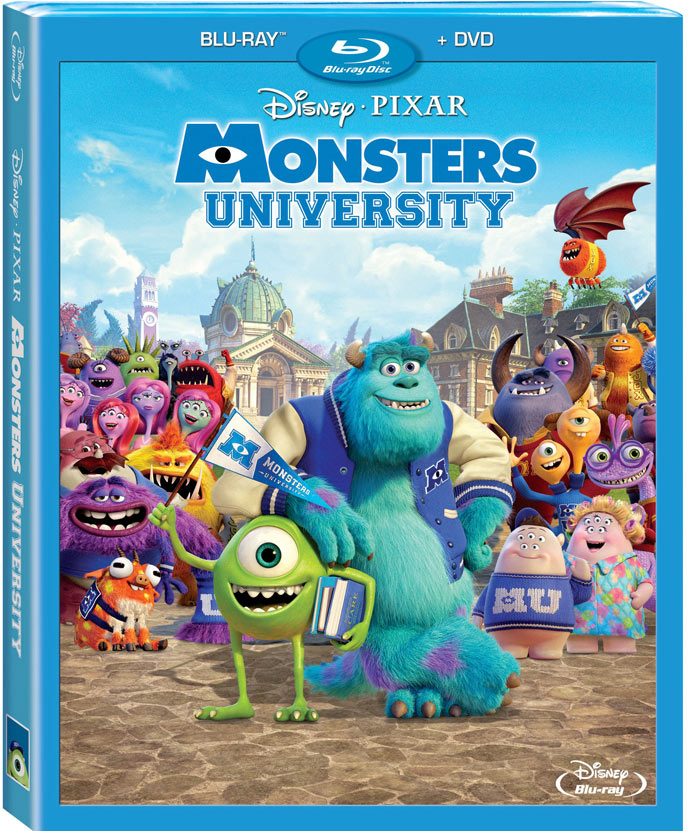 Bonus Materials for These Products:

Stay connected with the latest news and information about “Monsters University”: