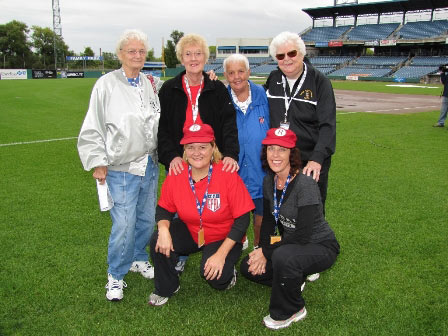 The game was part of a reunion weekend of the AAGPBL – the real A League of Their Own ball players – who were celebrating the formation of their League nearly 70 years ago as well as the 20th anniversary of the movie which Sony is debuting on Blu-ray™ October 16.

Jeneane Lesko, an original member of the Grand Rapid Chicks, served as co-captain for the AAGPBLers and played first base, with backup provided by Katie (“Horsey”) Horstman, former pitcher for the Fort Wayne Daisies. Lesko went 1 for 2 and Horstman had a perfect day — 2 for 2 with a double to left center.

Mary Moore, the original second baseman for AAGPBL’s Battle Creek Belles, was busy in right center with three putouts and one assist as well as taking her turn at bat.

Mary (“Prattie”) Pratt, originally a pitcher for the Rockford Peaches, visited with Cavanagh, Coincidentally “Hooch” played for the Peaches in the movie.

A League of Their Own is based on the true story of the pioneering women who, in 1943, blazed the trail, both on the field and off, for generations of athletes to follow, including this year’s female Olympians whose Olympic medal count is the highest ever for women.

“[Director] Penny Marshall put us on the map. If it weren’t for the movie nobody would have known we existed,” said Betsy Jochum, 91, an outfielder/pitcher for the South Ben Blue Sox from 1943 to 1948.

Friday, AAGPBL members took a private tour of the Baseball Hall of Fame Museum in Cooperstown, where they visited their own memorabilia, much of which is stored in the basement but was brought up for them to enjoy.

For more information on the AAGPBL, visit http://www.aagpbl.org/index.cfm.

For more information on the “A League of Their Own” Blu-ray release, visit http://bit.ly/UycY5f. 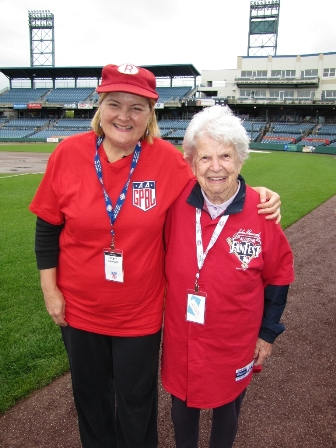 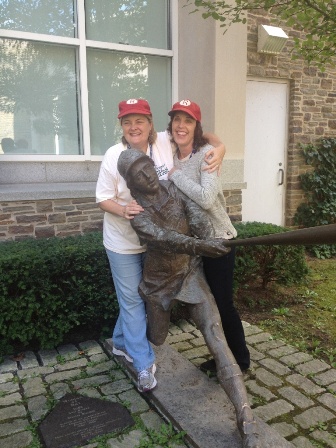 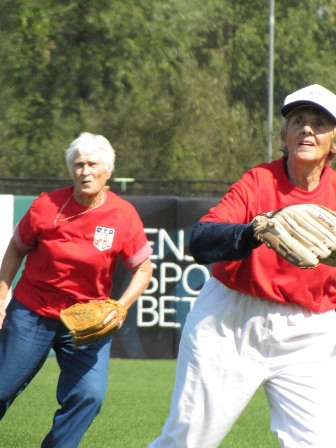 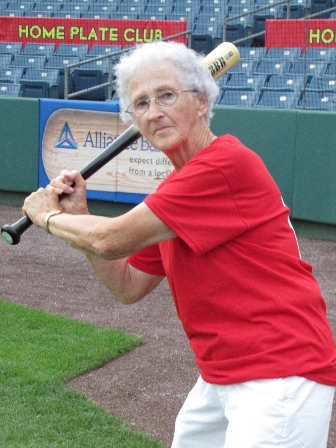