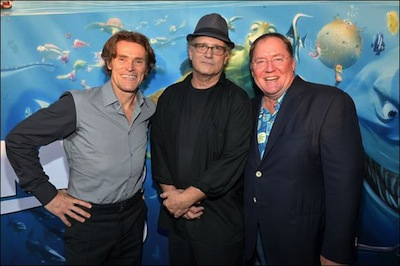 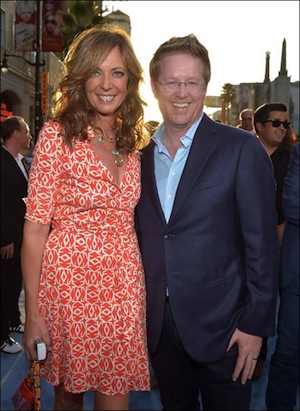 ABOUT THE MOVIE:
Teeming with memorable comedic characters and heartfelt emotion, this stunning underwater adventure follows the momentous journey of an overprotective clownfish named Marlin (voiced by Albert Brooks) and his young son Nemo (voiced by Alexander Gould)––who become separated in the Great Barrier Reef when Nemo is unexpectedly taken far from his ocean home to a fish tank in a dentist’s office. Buoyed by the companionship of Dory (voiced by Ellen DeGeneres), a friendly-but-forgetful blue tang fish, Marlin embarks on a dangerous trek and finds himself the unlikely hero of an epic effort to rescue his son––who hatches a few daring plans of his own to return safely home.

Directed by two-time Oscar® winner Andrew Stanton and produced by Graham Walters, with an Oscar-nominated screenplay by Stanton, Bob Peterson and David Reynolds, “Finding Nemo” also features the voices of Willem Dafoe, Brad Garrett, Allison Janney, Austin Pendleton, Stephen Root, Vicki Lewis, Joe Ranft, Geoffrey Rush and Elizabeth Perkins. Stanton serves as the unflappable sea turtle, Crush, and Peterson as the musical manta ray teacher, Mr. Ray. “Finding Nemo” will be released in Digital 3D™ for a limited theatrical engagement on Sept. 14, 2012, and will be available for the first time ever in high-definition Blu-ray™ and Blu-ray 3D™ on Dec. 4, 2012. The film is rated G by the MPAA. For more information, visit Disney.com/Finding-Nemo, like us on Facebook,  Facebook.com/PixarFindingNemo and  follow us on Twitter, twitter.com/disneypixar.