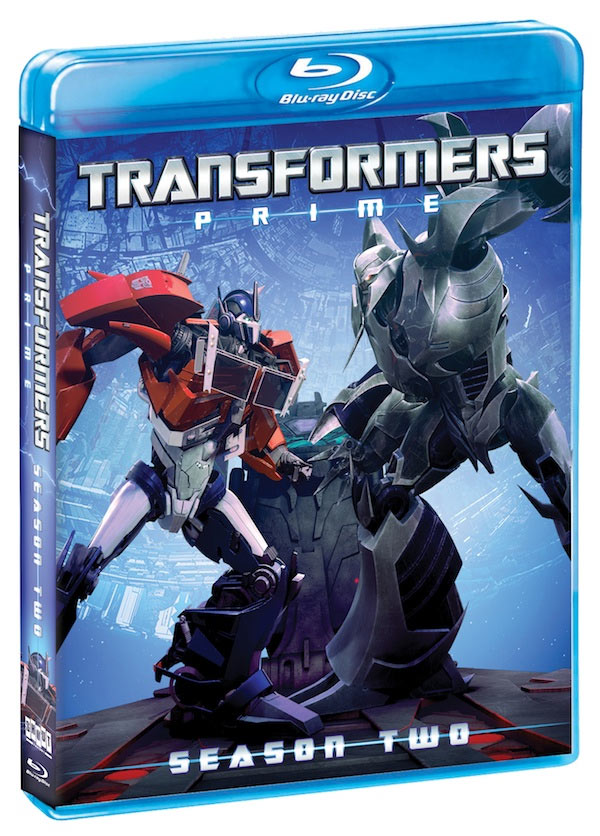 OWN THIS HIGHLY ANTICIPATED

With UNICRON defeated by OPTIMUS PRIME, what was thought to be the end of AUTOBOTS’ darkest hour is actually proving to be just the beginning. The dynamic second season of Hasbro Studios’ acclaimed animated hit series TRANSFORMERS PRIME digs deeper into TRANSFORMERS mythology as both the AUTOBOTS and DECEPTICONS uncover clues relating to secret artifacts of Iacon, CYBERTRON’s capital city. Their discoveries could not only change the balance of power in the war, but also potentially revive their dead home planet. Fans of all ages can relive the thrilling adventures of TRANSFORMERS PRIME when the complete SEASON TWO debuts on home entertainment shelves nationwide in the U.S on DVD November 20, 2012 and on Blu-ray November 27, 2012 from Shout! Factory, in collaboration with Hasbro Studios.

TRANSFORMERS PRIME: SEASON TWO contains all 26 captivating episodes in perfect high-definition picture and purest digital sound available. Special bonus content highlights include OPTIMUS PRIME: Up Close and Personal Panel with Larry King and Peter Cullen from San Diego Comic-Con International 2012 and brand-new interviews with the series creative team! This is an essential home entertainment collection for every TRANSFORMERS fan, collectors and entire family. The 4-disc Blu-ray collection is priced to own at $ 59.99 SRP. The deluxe 4-DVD set is sold separately and has a suggested retail price of $29.93 SRP. Pre-order available now at Amazon.com or ShoutFactory.com

The incomparable Larry King, one of the most recognized broadcast interviewers in the world, goes one-on-one with voice actor Peter Cullen (OPTIMUS PRIME). “The King of Interviews” salutes the beloved Cullen and takes fans on a journey through the actor’s early days on the original 1984 animated TV series “TRANSFORMERS Generation One,” the three box office smash TRANSFORMERS movies, and his current work on The Hub TV network’s Daytime Emmy® Award-winning animated series TRANSFORMERS PRIME from Hasbro Studios.