When you’re in need, they’re the first to be on the scene…

Kids, get ready to roll out with the TRANSFORMERS RESCUE BOTS! 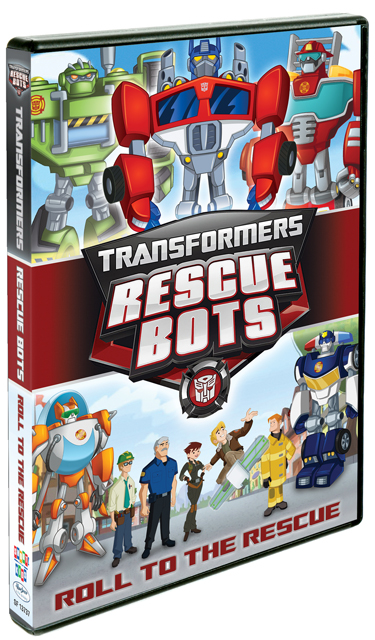 From the creators of TRANSFORMERS PRIME comes an all-new animated series TRANSFORMERS RESCUE BOTS, created specifically for the younger generation of TRANSFORMERS fans by Hasbro Studios. Emphasizing the importance of teamwork and heroism, this hit show brings action, adventure, heart and humor, and follows a group of AUTOBOTS assigned by OPTIMUS PRIME to serve and protect mankind. On October 2, 2012, kids and families will be entertained by the adventures of the RESCUE BOTS – HEATWAVE, BOULDER, BLADES and CHASE when TRANSFORMERS RESCUE BOTS: ROLL TO THE RESCUE DVD hits store shelves everywhere from Shout! Factory Kids, in collaboration with Hasbro Studios. Featuring five fun-filled episodes, special DVD bonus content and coloring sheets, this DVD is priced to own with a suggested retail price of $14.93. This DVD is now available for pre-order at Amazon.com.

Griffin Rock seems like just another chunk of land floating off the coast of Maine. But if you look a little closer, you just might find more than meets the eye! Meet the RESCUE BOTS — CHASE, HEATWAVE, BLADES and BOULDER! Stationed undercover, they’re given the task of protecting and learning about mankind by teaming up with a family of first responders, including a police chief, firefighter, helicopter pilot and engineer. With help from Cody, the family’s youngest, the RESCUE BOTS help keep people safe, and along the way they learn what it really means to be a hero!

The premiere episode Family of Heroes