Tommy Lee Jones and Will Smith return in

For The First Time on Blu-ray™ May 1st

A Sneak Peek and Movie Ticket Offer for MEN IN BLACK™ 3! 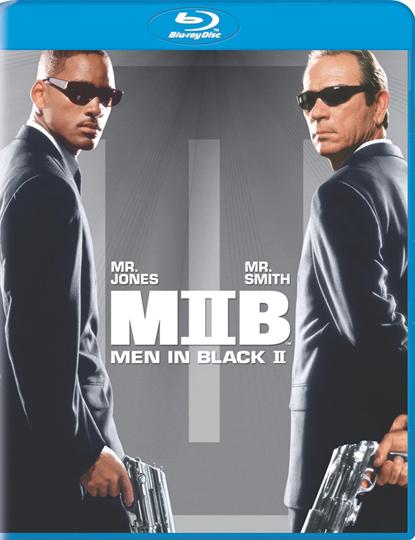 CULVER CITY, CALIF. (March 28, 2012) – Just in time for this summer’s highly anticipated MEN IN BLACK™ 3, Sony Pictures Home Entertainment is re-releasing hit films MEN IN BLACK™ (on Blu-ray™ with UltraViolet™) and MEN IN BLACK™ 2 (for the first time on Blu-ray™, and also with UltraViolet™) on May 1st.  Including UltraViolet™ on both Blu-ray™ releases allows owners to add the films to their UltraViolet™ Library, enabling them to download or instantly stream the films. Both editions feature new collectible packaging, and will include a sneak peek and movie ticket offer* for MEN IN BLACK™ 3, in theaters May 25th. In addition, the North American version of MEN IN BLACK™ 2 Blu-ray™ will include the new Men in Black playable PlayStation®3 game demo from Activision, where fans in North America can sample a level from the upcoming adventure before its May 22nd release.

Synopsis: A team of black suited, Ray-ban sporting, top-secret agents in the unofficial government agency, Division 6, have a mission: to monitor extra terrestrial activity on earth, or as they put it “protecting the earth from the scum of the universe.” Both releases are directed by Barry Sonnenfeld (Wild Wild West, RV), and produced by Walter F. Parkes and Laurie MacDonald (both Dinner for Schmucks).

*Movie ticket valid for up to $10 at participating theaters. Offer expires 7/5/12.