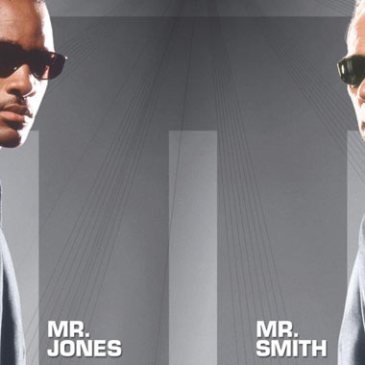 “Playfully hip and hilarious comedy…Smith and Jones are a powerhouse comic pair.” – Rolling Stone, Peter Travers Tommy Lee Jones and Will Smith return in MEN IN BLACK™ 2 For The First Time on Blu-ray™ May 1st Includes UltraViolet™ and A Sneak Peek and Movie Ticket Offer for MEN IN BLACK™ 3! CULVER CITY, CALIF. … END_OF_DOCUMENT_TOKEN_TO_BE_REPLACED

In 1997, Barry Sonnefield’s Men In Black was an unexpected smash hit. It then spawned a sequel five years later that strayed from the formula that worked so well for the first film to adopt a more goofy and cartoony approach. Sonnenfield’s love for close-ups with an almost fish-eye lens effect only increased with the … END_OF_DOCUMENT_TOKEN_TO_BE_REPLACED