For every My Run DVD sold in the month of October, 20% will be donated to the LIVESTRONG Foundation to fight cancer! 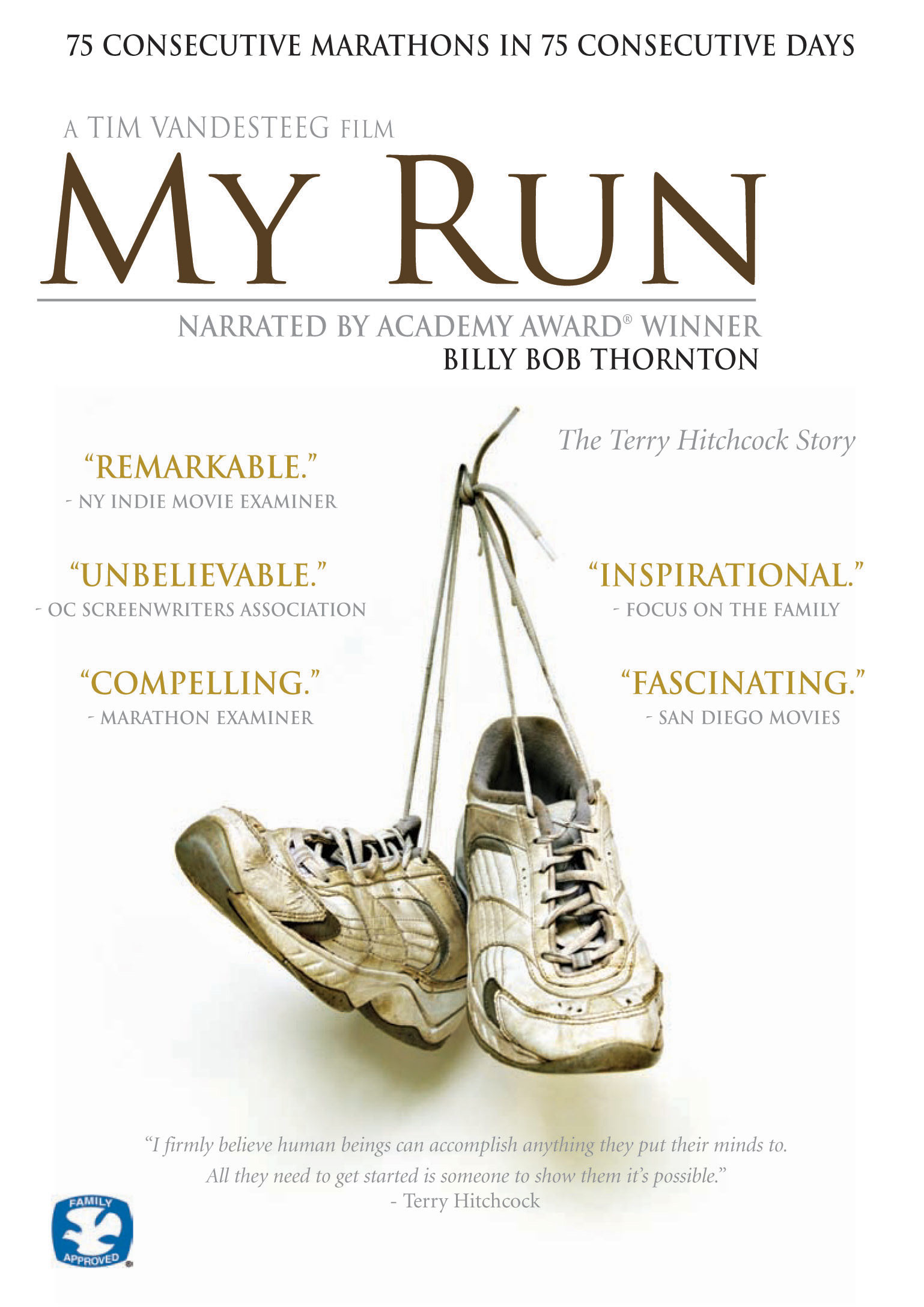 LOS ANGELES, Calif. (October 5, 2011)— Virgil Films and Entertainment in association with Indiewood Pictures and Destiny Pictures, announce their initiative to support National Breast Cancer Awareness Month through the month of October to coincide with the release of the award winning film, My Run (released on DVD September 20th).

Audiences will be able to embrace the film’s message to “Be Somebody’s Hero” when purchasing a My Run DVD because 20% per DVD sold in the month of October will be donated to LIVESTRONG Foundation for cancer research and support.

Doug Ulman, President/CEO of LIVESTRONG stated, “(My Run) is so important to raising awareness of so many issues, including the power of the human spirit. Mr. Hitchcock’s vision and story is one I will never forget.”

With October being National Breast Cancer Awareness month, My Run’s release is incredibly timely and sheds light on a devastating disease that affects one in eight women in the U.S.

Narrated by Academy Award® winner Billy Bob Thornton, My Run tells the awe-inspiring story of Terry Hitchcock, a modern-day “Forrest Gump” who ran 75 consecutive marathons in 75 days to bring awareness to the struggles of single parenthood and the fight against cancer. After losing his wife to breast cancer and becoming a single father of three, Terry “wanted to tell the world what was happening to single parents and their kids who have been touched by cancer.”

The film not only provides an uplifting narrative to those who have experienced tragedy firsthand, but his story has helped garner support for cancer research. The money raised through this initiative will help further cancer research and provide support for families like Terry’s who have been affected by cancer.

“Cancer is ruthless and horrible. We have all lost friends and loved ones due to this relentless disease,” said Director/Producer Tim VandeSteeg. “It’s our goal as filmmakers to make a positive difference, which is why we are honored to have partnered with LIVESTRONG and do our part by donating a portion of the DVD sales to support LIVESTRONG and fight cancer.”

The mission of The National Breast Cancer Awareness Month (NBCAM) organization is “to promote breast cancer awareness, share information on the disease, and provide greater access to screening services.” Each year over 192,000 new cases of breast cancer are detected and over 40,000 people lose the battle against breast cancer. By partnering with organizations like LIVESTRONG, My Run aims to help make statistics like these obsolete.

For more information about MY RUN and to access the press room, please visit the movie’s official website at: www.MyRunMovie.com.