“THE BEST MOVIE OF THE YEAR” – TIME

OWN IT ON DIGITAL JANUARY 17, 2023
BLU-RAY™ AND DVD FEBRUARY 14, 2023
FROM UNIVERSAL PICTURES HOME ENTERTAINMENT 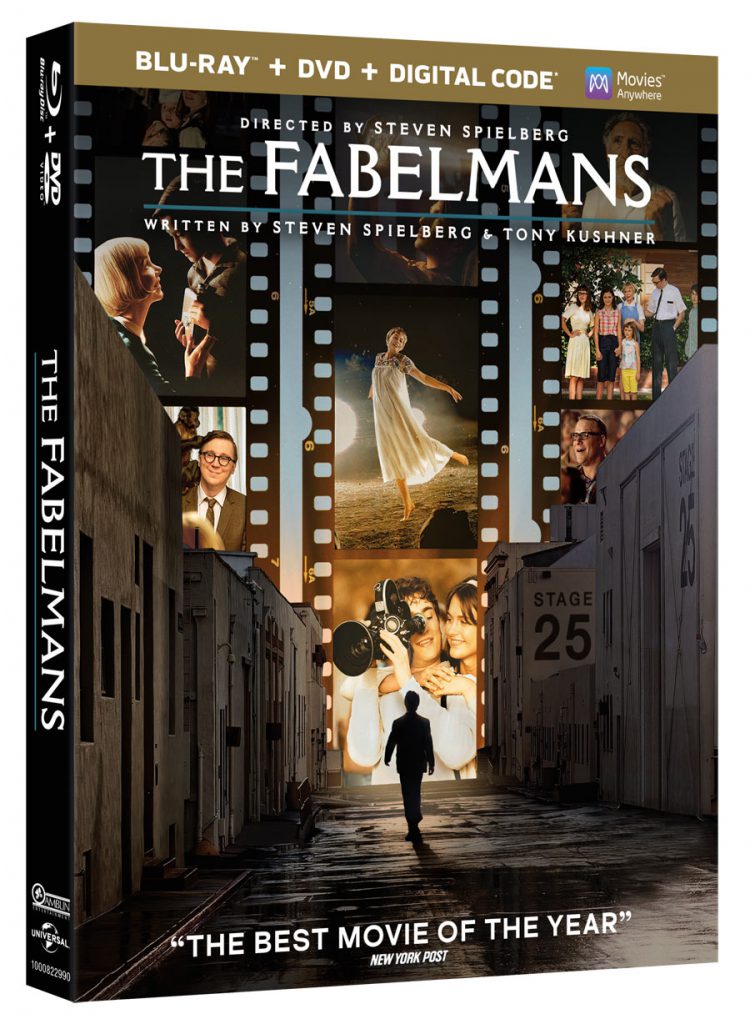 Universal City, California, January 12, 2023 – Director Steven Spielberg brings a deeply personal portrait of a 20th century American childhood in the semi-autobiographical film, THE FABELMANS, available to own on Digital January 17, 2023 and on 4K Ultra HD, Blu-ray™ and DVD on February 14, 2023 from Universal Pictures Home Entertainment. Hailed by critics as “An enduring classic” (Peter Travers, ABC NEWS), THE FABELMANS is a heartfelt tale that “we’ve been waiting 45 years for Steven Spielberg to make” (Rolling Stone). THE FABELMANS comes with exclusive bonus content that takes viewers behind the scenes with Spielberg, filmmakers and the all-star cast as they bring the audience into the world that brought Spielberg’s story to life.

Inspired by Steven Spielberg’s own childhood, rediscover the magic of movies in THE FABELMANS, a coming-of-age story about a young man uncovering a shattering family secret and the power of film and imagination to help us see the truth about ourselves and each other. With a star-studded cast featuring Michelle Williams (Manchester by the Sea, My Week with Marilyn), Paul Dano (The Batman, There Will Be Blood), Seth Rogen (Steve Jobs, An American Pickle), Gabriel LaBelle (The Predator, “American Gigolo”) and Academy Award® nominee Judd Hirsch (Uncut Gems, Ordinary People), THE FABELMANS tells a timeless tale of heartbreak, healing, and hope for the dreamer inside all of us.

With the purchase of THE FABELMANS on disc or digital, fans are eligible to earn points towards digital movies via the Universal All-Access Rewards program. Members can redeem their points for digital movies, swag and more!  For registration and details please visit www.MyUniversalRewards.com.