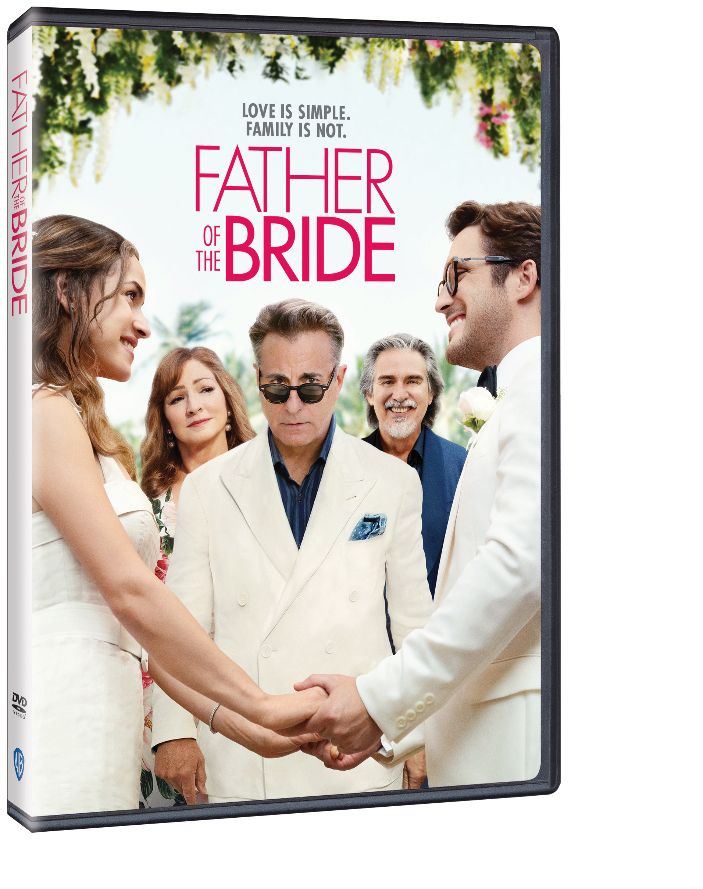 Warner Bros Home Entertainment announces that FATHER OF THE BRIDE will be coming to DVD on December 27th.

FATHER OF THE BRIDE

Billy (Andy Garcia) and Ingrid (Gloria Estefan) are surprised when their eldest daughter Sofia (Adria Arjona) announces a new fiancé, Adan (Diego Boneta), and plans for a quick wedding. The news keeps Billy and Ingrid from announcing that they’re planning to divorce… but they hold off for the benefit of the family.

Billy’s initial opposition to wedding cools, so long as his opinions carry the most weight. Soon, Adan’s headstrong father (Pedro Damián) arrives with his own traditions and family pride in tow. With the fathers vying to control the festivities, it becomes a game of one-upmanship—cultures clash, generations take sides and competing traditions collide. All relationships are tested as the roller coaster ride of wedding planning races toward the altar.

Production by Plan B Entertainment