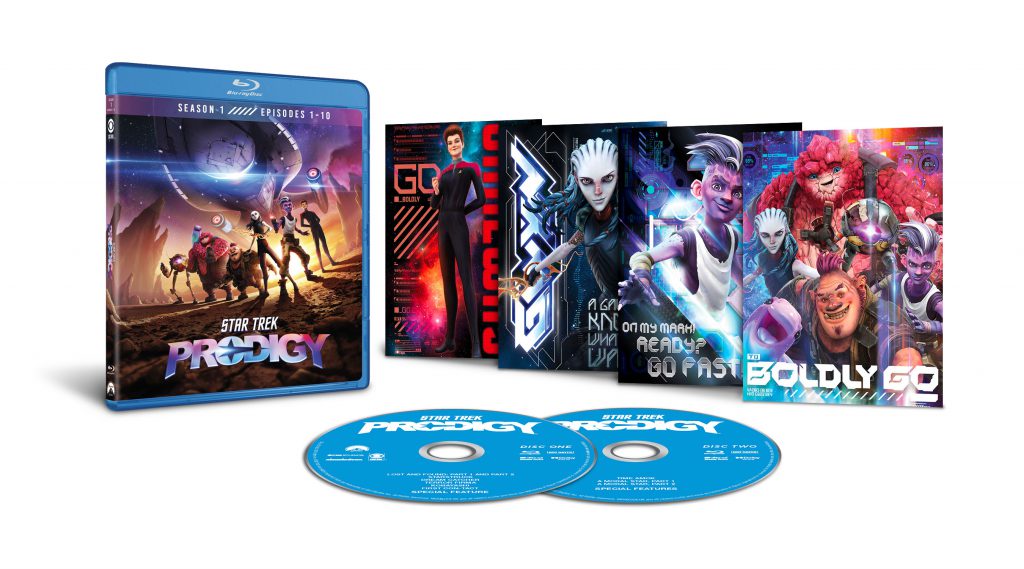 LOS ANGELES– November 18, 2022 – Get ready to travel among the stars for some galactic adventures with an all-new crew in Star Trek: Prodigy: Season 1 Volume 1 Blu-ray™ and DVD! Join the cool kids as they come together as a team to navigate a cosmic collision, explore new planets, and find themselves along the way in ten adventurous episodes. Go beyond each episode with never-before-seen bonus content and exclusive cards featuring key art from the series!

Star Trek: Prodigy: Season 1 Volume 1 synopsis:
Star Trek: Prodigy follows a motley crew of young aliens who must figure out how to work together while navigating a greater galaxy, in search of a better future. These six young outcasts know nothing about the ship they have commandeered a first in the history of the Star Trek franchise but over the course of their adventures together, they will each be introduced to Starfleet and the ideals it represents.

About Nickelodeon
Nickelodeon, now in its 43rd year, is the number-one entertainment brand for kids. It has built a diverse, global business by putting kids first in everything it does. The brand includes television programming and production in the United States and around the world, plus consumer products, digital, location-based experiences, publishing and feature films. For more information or artwork, visit http://www.nickpress.com. Nickelodeon and all related titles, characters and logos are trademarks of ViacomCBS Inc. (Nasdaq: VIACA, VIAC).