Buy it on Digital August 30, 2022 with Behind-the-Scenes Bonus Content!* 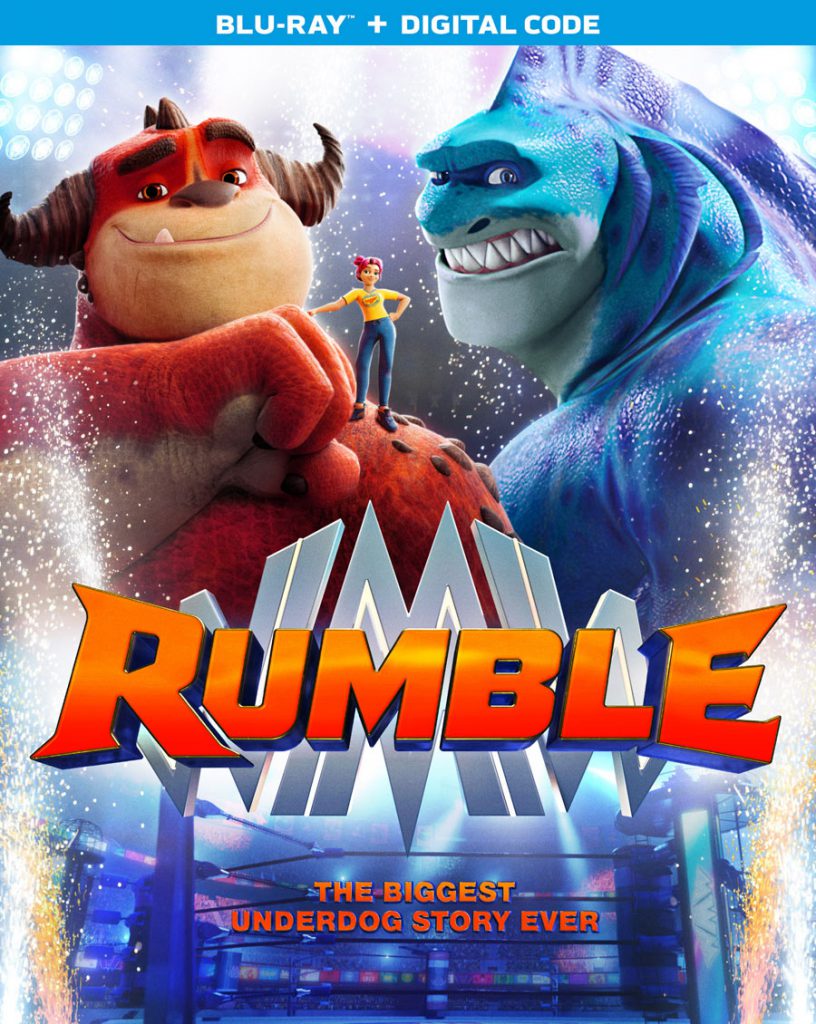 Based on the popular graphic novel “Monster on the Hill” by Rob Harrell, RUMBLE is a unique, massively entertaining movie set in a world where monster wrestling is a global sport and superstar athletes are larger than life.  The hilarious animated comedy features the voice talents of Will Arnett, Geraldine Viswanathan, and Terry Crews, as well as real-life NBA All-Star Charles Barkley, and WWE professional wrestlers Joe “Roman Reigns” Anoai and Becky Lynch.

The Digital* and Blu-ray releases include the bonus content detailed below:

In a world where monster wrestling is a global sport, teenage Winnie (Geraldine Viswanathan) teams up with a loveable underdog monster (Will Arnett) in hopes of training him to be a champion.  The duo learns the value of moving to your own groove and paving your own unique path to success.

In Association with WWE STUDIOS