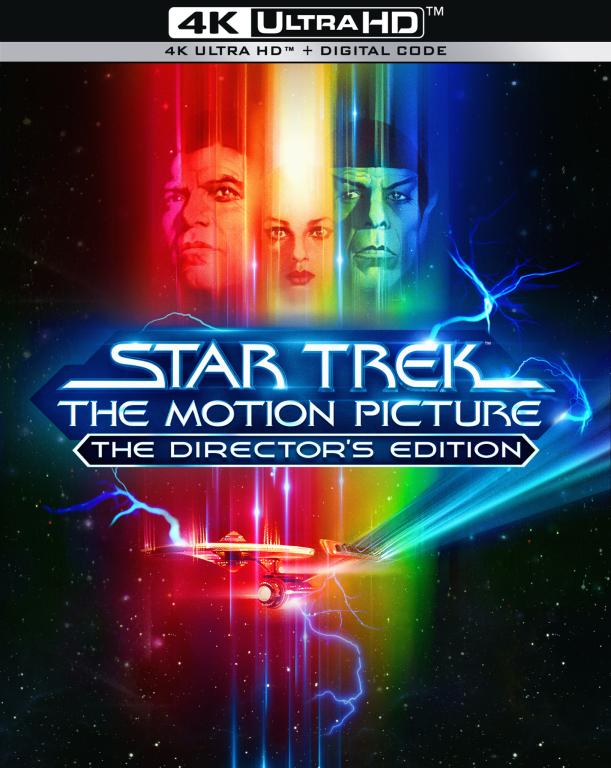 HOLLYWOOD, Calif. – Set a course for the final frontier as the newly restored Star Trek: The Motion Picture—The Director’s Edition arrives September 6, 2022 on 4K Ultra HD Blu-ray™ with a bonus Blu-ray Disc™ filled with new and legacy special features from Paramount Home Entertainment.  The film will also be released in a Limited-Edition Collector’s Set entitled “The Complete Adventure,” which includes the new Director’s Edition, the theatrical cut, and a special longer cut all on 4K Ultra HD along with special features on Blu-ray.  In addition, Star Trek: The Original Motion Picture Collection will arrive on September 6 with all six big-screen adventures featuring the original series crew on 4K Ultra HD.

In 2001, director Robert Wise revisited the film to refine the edit and enhance the visual effects.  His updated vision was released on DVD in standard definition and embraced by fans but has never been available in higher definition until now.  Meticulously assembled and restored by producer David C. Fein with post-production supervisor Mike Matessino, both of whom originally collaborated with Wise, the film has been prepared for presentation in 4K Ultra HD with Dolby Vision™ high dynamic range (HDR) and a new powerful and immersive Dolby Atmos® soundtrack.*  Fein and Matessino assembled a team of visual effects experts, led by returning visual effects supervisor Daren R. Dochterman, and utilized the extensive resources in the Paramount Archives to recreate the effects not just in HD, but in Ultra HD.  After more than six months of painstaking work, the updated movie looks and sounds better than ever while staying true to Wise’s original intention.

“The Director’s Edition on 4k Ultra HD delivers an experience that is far more intimate, engaging, and powerful thanks to the hard work of everyone involved,” said Fein.  “In building The Complete Adventure, we appreciated that many people who were first introduced to the film through the full frame release of the ‘Special Longer Version’ have missed it.  I’m excited that it will now be available for the first time in widescreen 4k Ultra HD. After so many years, it’s deeply rewarding to finally deliver Robert Wise’s definitive Director’s Edition for fans to enjoy at home.”

Following is an overview of the new product offerings:

The newly restored, definitive version of the first big-screen adventure is presented in 4K Ultra HD with Dolby Vision™ and HDR-10, as well as Dolby Atmos®.  Also includes access to a Digital copy of the film and the following new and legacy bonus content: 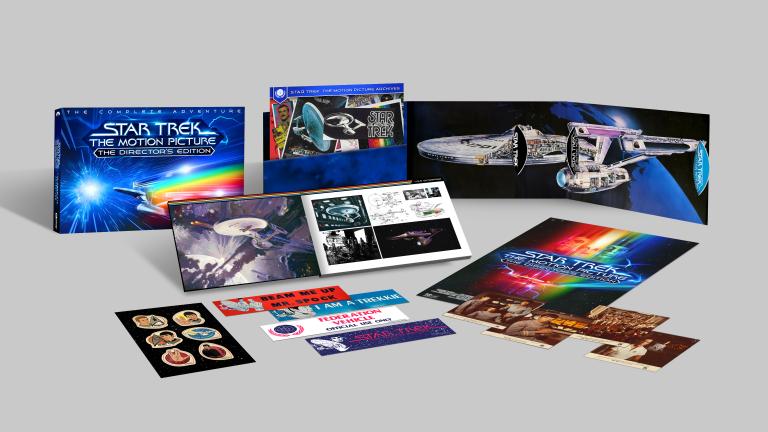 This Limited-Edition Collector’s Set includes all of the above, plus an additional 4K Ultra HD disc containing:

The set is presented in deluxe packaging along with exclusive collectibles, including reproductions of original promotional material, a booklet with behind-the-scenes images, stickers, and more.

This comprehensive 15-disc collection includes the first six big-screen adventures featuring the original series crew in 4K Ultra HD with Dolby Vision and HDR-10. (Star Trek: The Motion Picture—The Director’s Edition also includes Dolby Atmos).  Both Star Trek V: The Final Frontier and Star Trek VI: The Undiscovered Country are making their 4K Ultra HD debuts.  The set also includes access to Digital copies of each of the six films, as well as hours of new and legacy bonus content.  Below is a breakdown of disc contents:

All six of the feature films listed above will also be available individually on 4K Ultra HD or Blu-ray.

In addition, in celebration of its 40th anniversary, Star Trek II: The Wrath of Khan will return to select theaters on September 4th, 5th and 8th.  Tickets for this special engagement presented by Fathom Events, Turner Classic Movies, and Paramount Pictures can be purchased at www.fathomevents.com or at participating theater box offices.

The U.S.S. Enterprise boldly debuted on the big screen with the cast of the original Star Trek series, including William Shatner, Leonard Nimoy, DeForest Kelley, George Takei, Nichelle Nichols, Walter Koenig, and James Doohan.  Meticulously restored and remastered, with enhanced visual effects and state-of-the-art sound, this definitive vision of director Robert Wise has been optimized for a new generation of fans. When an unidentified alien intruder destroys three powerful Klingon cruisers, Admiral James T. Kirk (Shatner) returns to the helm of a newly transformed U.S.S. Enterprise to take command and confront an alien spacecraft of enormous power heading toward Earth.