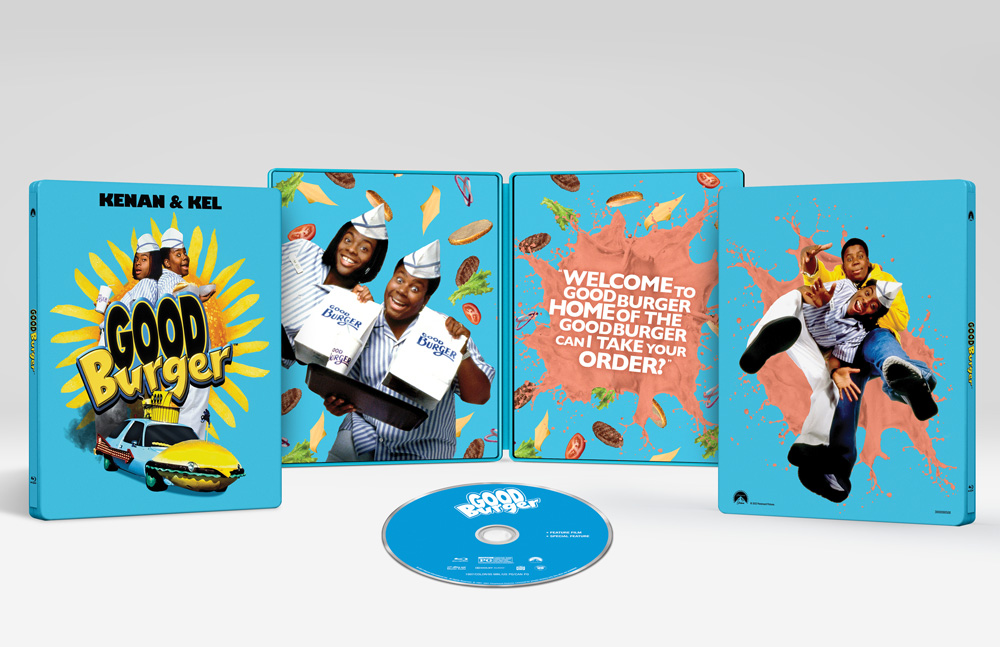 Serving up loads of burgers and even more laughs, the beloved comedy classic GOOD BURGER celebrates its 25th anniversary with a Limited-Edition Blu-ray SteelBook on July 19, 2022 from Paramount Home Entertainment.

Kenan Thompson and Kel Mitchell reprised their roles from the wildly popular sketch on Nickelodeon’s groundbreaking “All That” for this big screen romp directed by Brian Robbins (Varsity Blues).  Capturing the high energy and hilarious antics of two teenagers trying to save the burger joint where they work, GOOD BURGER was the first big screen adaptation based on characters from the Nickelodeon universe.  The film was originally released on July 25, 1997 and features a fantastic ensemble cast, including Abe Vigoda, Sinbad, Shar Jackson, Linda Cardellini, and George Clinton.

When Mondo Burger’s high-tech hamburger haven opens across the street from the tiny Good Burger diner, Ed (Mitchell) and Dexter (Thompson) find themselves in an uproarious battle with big business.

The GOOD BURGER Blu-ray SteelBook includes the original “Good Burger” sketch from “All That” and access to a digital copy of the film.