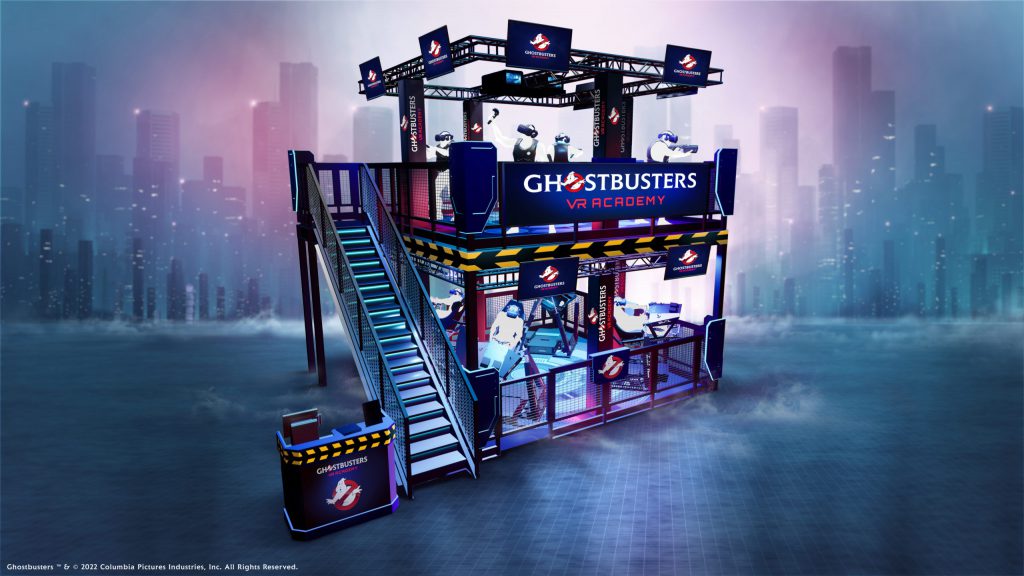 LOS ANGELES (Jun. 8, 2022) – Today is Ghostbusters Day, the anniversary of when the original film was first released in 1984, and Sony Pictures Virtual Reality (SPVR), in association with Ghost Corps, is announcing Ghostbusters VR Academy, a new, fully immersive training simulator broken up into two distinct games, set in the world of Ghostbusters. Published by SPVR and developed by HOLOGATE, the worldwide leader in compact location-based virtual reality entertainment, Ghostbusters VR Academy will be available globally for HOLOGATE’s ARENA and BLITZ platforms at over 400 locations by the end of 2022.

“Sony Pictures Virtual Reality is all about making wishes come true. Ghostbusters VR Academy, the new location-based VR training experience, will continue to expand the world of Ghostbusters in a way that honors the legacy of the franchise and offers something entirely new,” says Jake Zim, Senior Vice President, Virtual Reality, Sony Pictures Entertainment. “For the first time ever, players will be able to train to be a real Ghostbuster in an amazing academy setting and race a new flying version of the ECTO using HOLOGATE’s vehicle motion simulator. This fantasy fulfilling experience is only possible in virtual reality and with HOLOGATE’s location-based entertainment technology.”

In the ARENA game, academy members in training will strap on their proton packs and work together as a team in high-risk ghost encounter scenarios – all under the safeguard of academy grounds. In the BLITZ game, trainees will have the opportunity to take the wheel in the prototype ECTO vehicle, a vehicle exclusively available for evaluation at the academy. Players will compete to see who is the fastest, most skillful driver in a high-speed ghostly race, putting the prototype vehicle to the test and choosing if it is worth joining the ranks of future Ghostbusters equipment. These immersive simulations are only possible with the location-based quality VR offered by HOLOGATE at over 400 locations around the world.

“Sony Pictures VR is doing incredible things for virtual reality, and we’re thrilled to collaborate for this new experience,” says Leif Petersen, CEO and HOLOGATE founder. “Ghostbusters VR Academy is a natural fit for HOLOGATE’s ARENA and BLITZ platforms. It transcends reality so players can create memorable moments while fulfilling longtime wishes to operate iconic Ghostbusters equipment. We can’t wait for players to step inside this world.”

Ghostbusters Day is the anniversary of when the first film was released on June 8, 1984. Ghostbusters (1984), an Ivan Reitman film, written by Dan Aykroyd and Harold Ramis, garnered widespread critical acclaim and earned nearly $300 million at the global box office. The film has become a mega-pop culture phenomenon that has endured over three decades later and has led to extending the “Ghostbusters” brand to three other feature films, Ghostbusters II (1989), Ghostbusters: Answer The Call! (2016), and most recently, Ghostbusters: Afterlife (2021). Following on from the success of Ghostbusters: Afterlife, which earned $204 million globally, it was recently announced that a 5th film from Reitman and Kenan is in development. 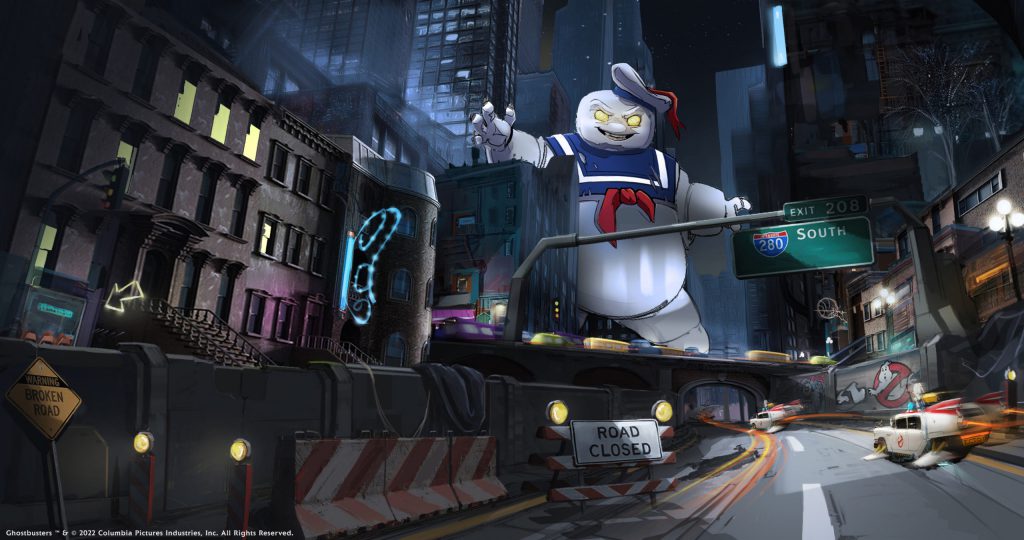 About Sony Pictures Virtual Reality
Sony Pictures Virtual Reality (SPVR) is the award-winning virtual reality (VR) division of Sony Pictures Entertainment (SPE). SPVR is dedicated to growing the business of immersive entertainment through the production and distribution of VR games and experiences globally, across all consumer channels including in-home and location-based entertainment. SPVR has published several popular VR games including Spider-Man: Homecoming VR, Spider-Man: Far From Home VR, Groundhog Day: Like Father Like Son, Can You Walk The Walk, Jumanji: Reverse The Curse and Ghostbusters: Dimension in collaboration with The Void, Men In Black: First Assignment in collaboration with Dreamscape and, most recently, co-published Zombieland: Headshot Fever.

About HOLOGATE
HOLOGATE is the market leading immersive media company offering innovative extended reality solutions for entertainment and enterprise applications. Operating the largest VR network in the world, with 400+ turnkey VR systems in locations across 38 countries, and reaching more than 12 million players, the HOLOGATE brand lineup continues to set the standard for family entertainment centers, cinemas, malls, cruise ships, and any other location that wants to transport their guests into another dimension with the latest entertainment and amusement technology. www.hologate.com 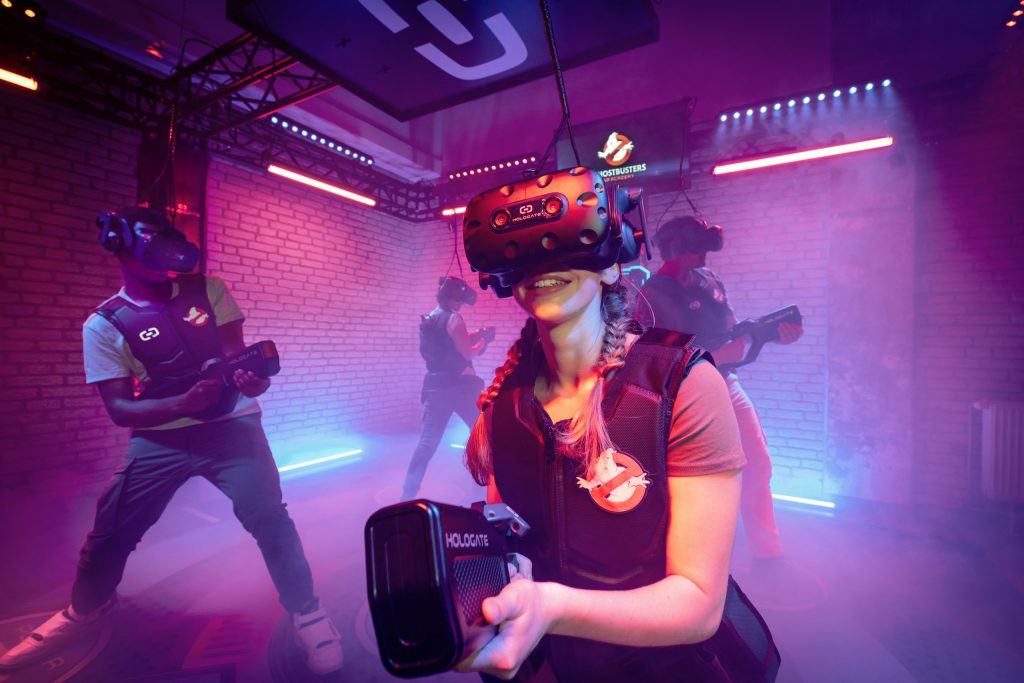 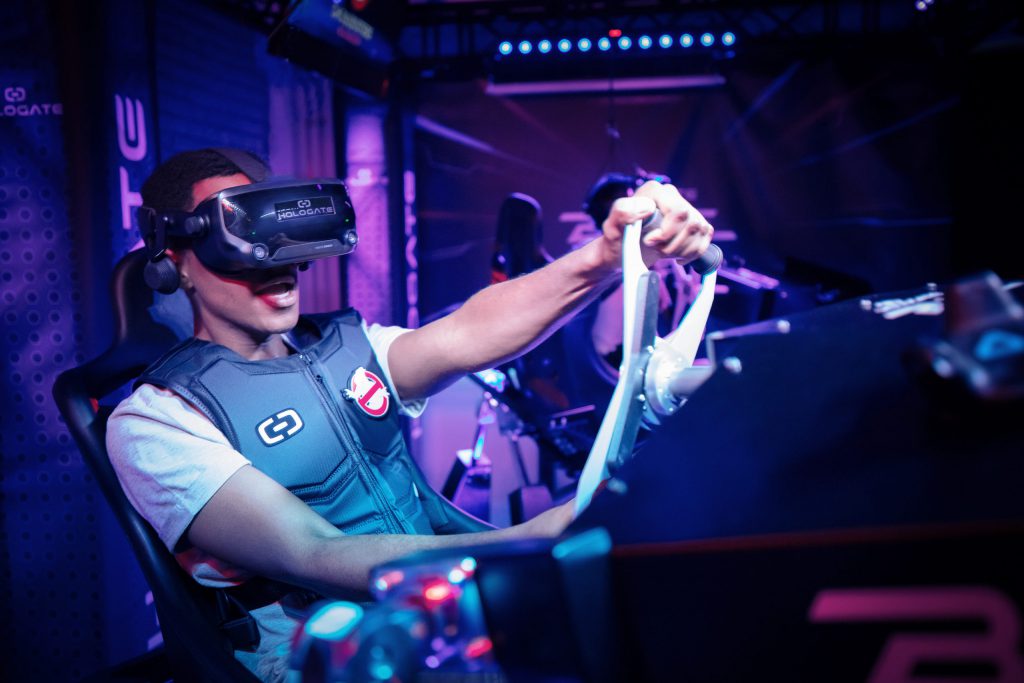 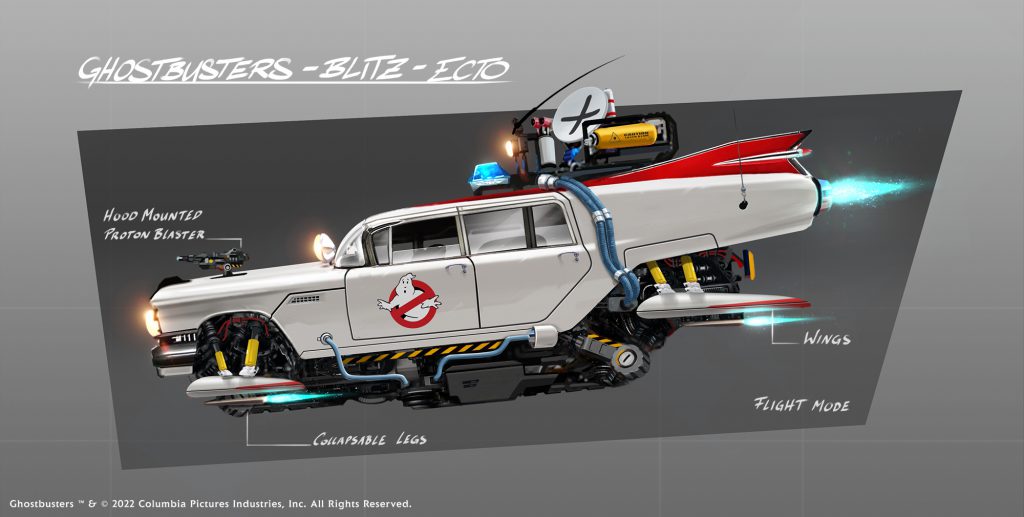