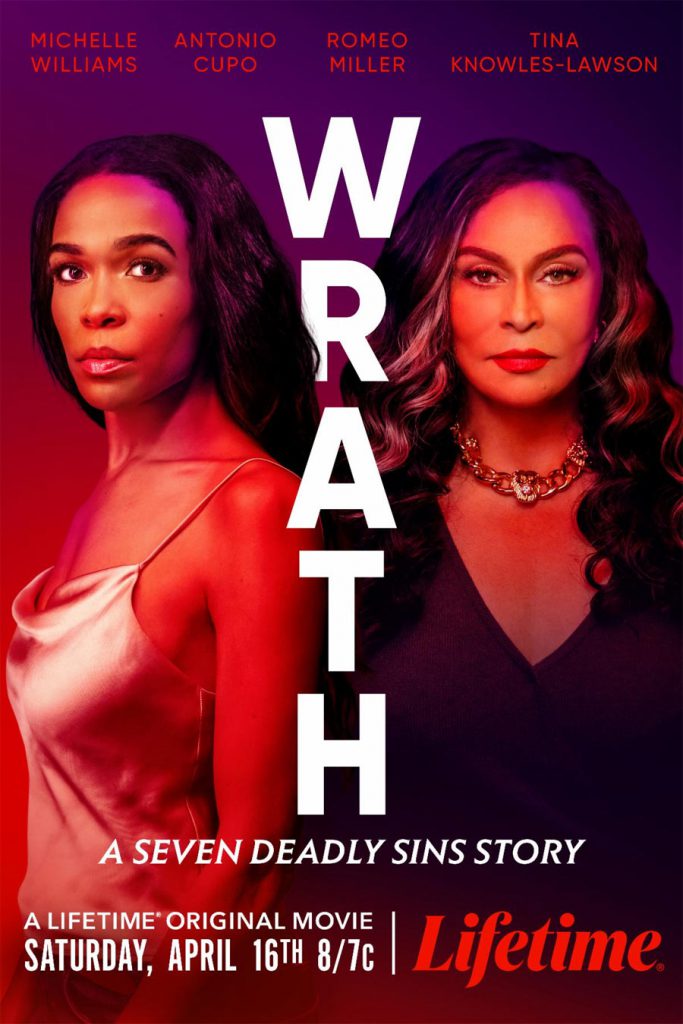 After single lawyer Chastity Jeffries (Michelle Williams) meets Xavier Collins (Antonio Cupo), he seems to be everything she is looking for in a partner—handsome, smart and a lawyer as well. As his affection turns to obsession, Chastity realizes that she has been swept up by Xavier’s passion and abandoned her principles. When Xavier’s jealousy and wrath lead to suspicious actions and dangerous threats, Chastity confides in her mother Sarah (Tina Knowles-Lawson) and turns to her former childhood boyfriend Roger Thompkins (Romeo Miller). But in the end, it is Chastity that will have to fight to save herself.

Celebrating over 35 years of entertaining audiences, Lifetime is a premier entertainment destination for women dedicated to offering the highest quality original programming spanning award-winning movies, high-quality scripted series and breakout non-fiction series. Lifetime has an impressive legacy in public affairs, bringing attention to social issues that women care about with initiatives such as the long-running Stop Breast Cancer for Life, Stop Violence Against Women, and  Broader Focus, a major global initiative dedicated to supporting and hiring female directors, writers and producers, including women of color, to make its content.Lifetime Television®, LMN®, Lifetime Real Women® and Lifetime Digital™ are part of Lifetime Entertainment Services, LLC, a subsidiary of A+E Networks. A+E Networks is a joint venture of the Disney-ABC Television Group and Hearst Corporation.