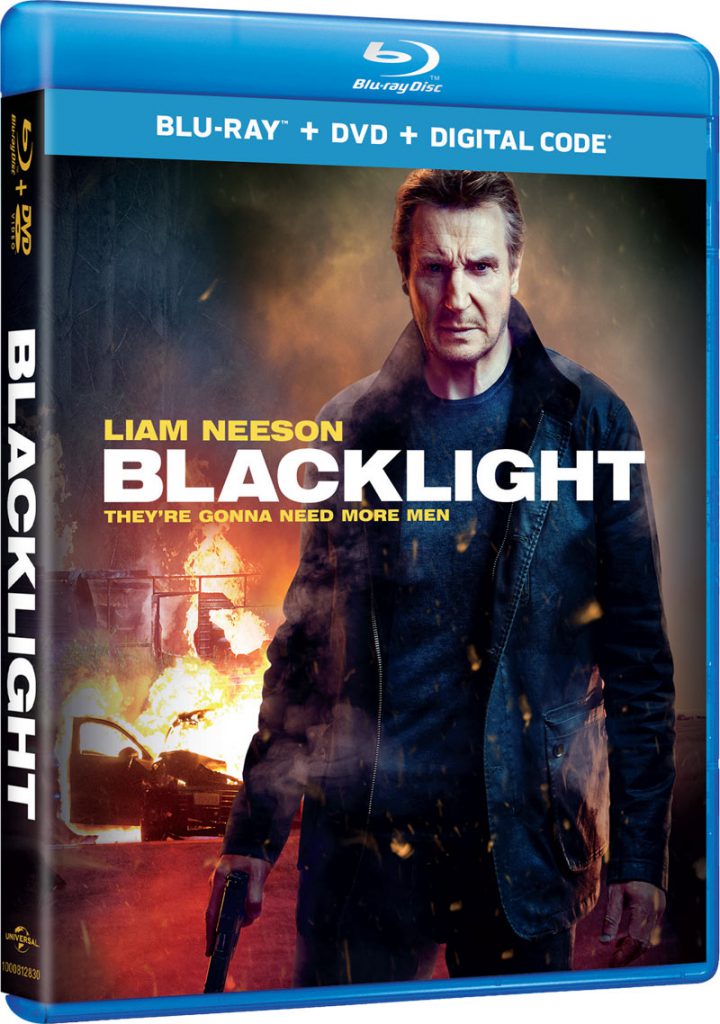 Universal City, California, April 12, 2022 – World-renowned action star Liam Neeson (Taken, The Marksman) is back in an all-new gripping action thriller BLACKLIGHT. From Briarcliff Entertainment, the film follows a troubled off-the-books agent for the Federal Bureau of Investigation who finds himself in the middle of a deadly conspiracy. BLACKLIGHT is available to own for the first time on Digital April 19th, 2022 and on Blu-ray™ and DVD May 3rd, 2022 from Universal Pictures Home Entertainment and includes exclusive bonus features with cast and crew not seen in theaters, taking audiences deeper into the intense action and suspense of the film.

Trust, identity, and the danger of unchecked power push a covert operative to the edge in BLACKLIGHT. Travis Block (Neeson) lives and fights in the shadows. A freelance government “fixer,” Block is a dangerous man whose assignments have included extracting agents out of deep-cover situations. He knows his hands are dirty, but he’s aiming to change. When an agent is killed after infiltrating a group espousing violent societal upheaval, Block discovers a shadowy program called Operation Unity is striking down ordinary citizens for reasons known only to Block’s boss, FBI chief Robinson (Quinn). As Block gets closer to the truth, he enlists the help of a journalist (Raver-Lampman), but his past and present collide when his daughter and granddaughter are threatened, and in saving them, he could save himself. Now, Block needs to rescue the people he loves and expose the truth for a shot at redemption. Nothing and no one is safe when secrets are hidden in BLACKLIGHT.

BLACKLIGHT will be available on Blu-ray™, DVD and Digital.

ABOUT BRIARCLIFF ENTERTAINMENT:
Briarcliff Entertainment is a forward-thinking entertainment company, formed in 2018 by industry veteran Tom Ortenberg. Since its inception, Briarcliff has released 15 films, including Liam Neeson hits Honest Thief, The Marksman and Blacklight, CopShop, Foo Fighters’ Studio 666 and the award-winning documentary The Dissident. Memory, starring Neeson, Guy Pearce and Monica Bellucci, and directed by Martin Campbell, opens in theatres nationwide on April 29.In a partnership with Raven Capital Management, Tom Ortenberg and Briarcliff relaunched Open Road Films, of which Ortenberg was formerly the Founding CEO. Key past Open Road titles include the Academy Award winner for Best Picture Spotlight, The Grey, Chef, The Nut Job, End of Watch and Nightcrawler.