OWN IT ON BLU-RAY™AND DVD APRIL 19, 2022
FROM METRO GOLDWYN MAYER (MGM)
AND UNIVERSAL PICTURES HOME ENTERTAINMENT 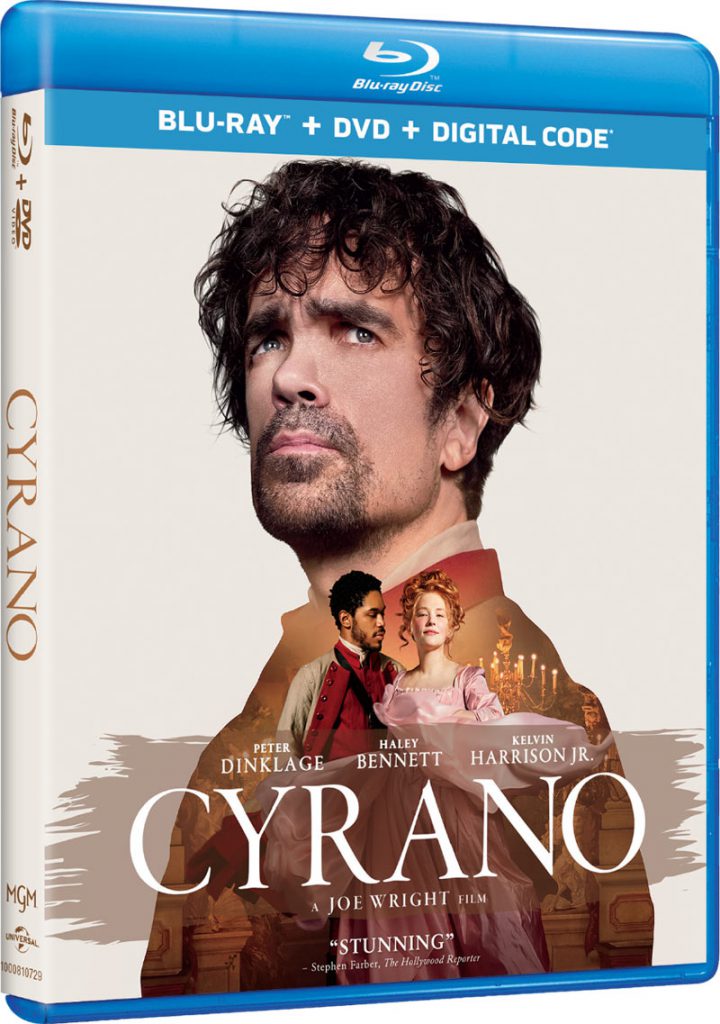 SYNOPSIS:
Award-winning director Joe Wright envelops movie lovers in a symphony of emotions with music, romance, and beauty in CYRANO, re-imagining the timeless tale of a heartbreaking love triangle. Cyrano de Bergerac (Peter Dinklage) dazzles with both ferocious wordplay and brilliant swordplay but is convinced that his appearance makes him unworthy of the love of his devoted friend, Roxanne (Haley Bennett), who has fallen in love at first sight with Christian (Kelvin Harrison Jr.).

CYRANO WILL BE AVAILABLE ON BLU-RAY™, DVD AND DIGITAL.

ABOUT METRO GOLDWYN MAYER:
Metro Goldwyn Mayer (MGM) is a leading entertainment company focused on the production and global distribution of film and television content across all platforms. The company owns one of the world’s deepest libraries of premium film and television content as well as the premium pay television network EPIX, which is available throughout the U.S. via cable, satellite, telco and digital distributors. In addition, MGM has investments in numerous other television channels and digital platforms. For more information, visit www.mgm.com.