Arriving on Digital 4K Ultra HD for the First Time October 19, 2021 with Both the
Theatrical Version and Extended Cut, Plus New Bonus Content! 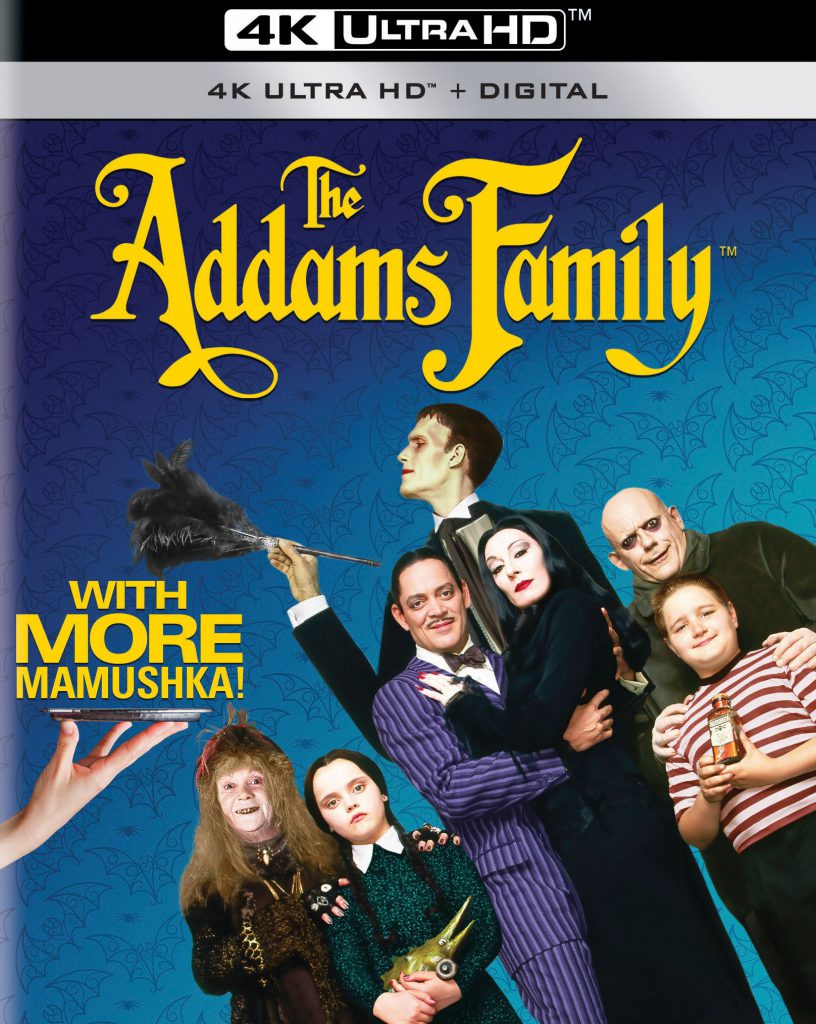 It’s time to pay a visit to everyone’s favorite kooky, spooky and all-together ooky family!  Celebrating its 30th anniversary this year, THE ADDAMS FAMILY will be released for the first time on Digital 4K Ultra HD just in time for Halloween on October 19, 2021 from Paramount Home Entertainment.  The film will subsequently be available on 4K Ultra HD Blu-ray, as well as on a remastered Blu-ray, on November 9, 2021.  THE ADDAMS FAMILY was originally released on November 22, 1991.

Newly remastered and restored under the supervision of director Barry Sonnenfeld, THE ADDAMS FAMILY will be presented in both the original theatrical version and a never-before-seen “More Mamushka!” version, which expands the memorable dance number.   The Digital 4K Ultra HD*, 4K Ultra HD Blu-ray Disc, and Blu-ray releases also include a brand-new featurette looking back at the making of the film that includes behind-the-scenes footage and a new interview with Sonnenfeld, as well as an introduction to the restored cut by Sonnenfeld and an archival featurette.  The discs also include access to a Digital copy of the film.  The bonus content is detailed below:

When long-lost Uncle Fester (Christopher Lloyd) reappears after 25 years in the Bermuda Triangle, Gomez (Raul Julia) and Morticia (Anjelica Huston) plan a celebration to wake the dead.  But Wednesday (Christina Ricci) barely has time to warm up her electric chair before Thing points out Fester’s uncommonly “normal” behavior.  Could this Fester be a fake and part of an evil scheme to raid the Addams fortune?