Newly Restored Classic Debuts on Limited-Edition Blu-ray™ as Part of the Paramount Presents Line October 19, 2021 with New Special Features, Including a Fascinating Look at the Film
and its Enduring Power 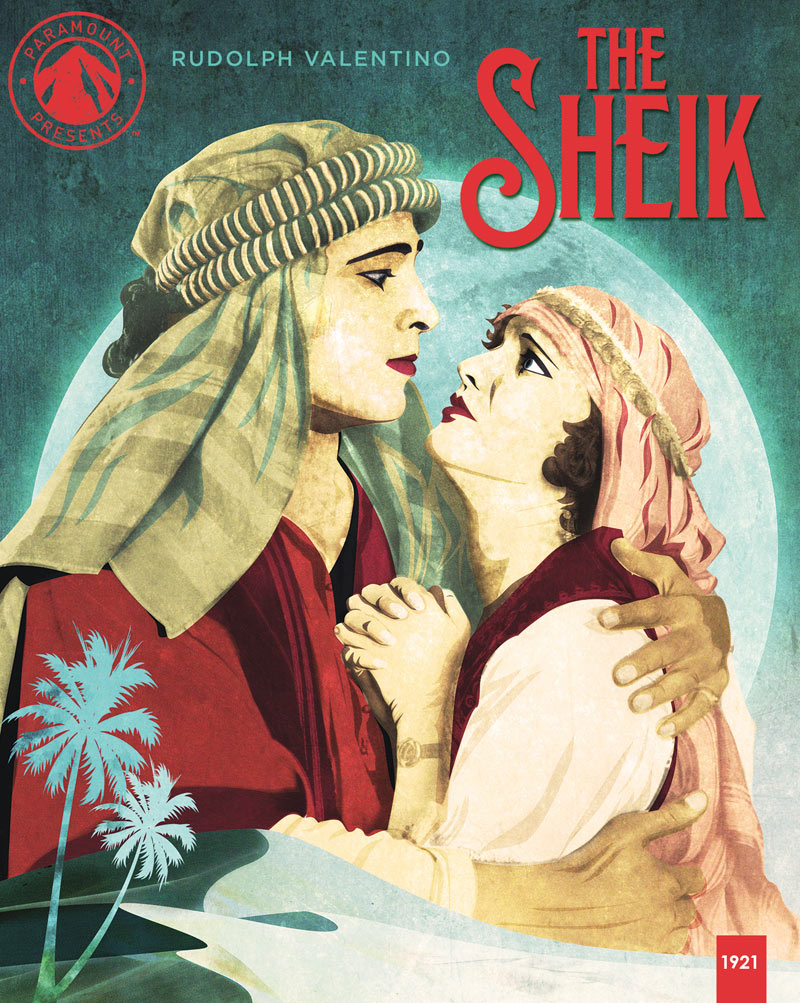 Originally released in 1921 at the height of the nation’s appetite for motion pictures, the epic romantic drama THE SHEIK became a massive sensation, breaking box office records and earning over $1 million during its first year of release.  100 years later, Paramount Pictures celebrates this towering classic of the silent film era with a brand-new Blu-ray release, arriving as part of the Paramount Presents line on
October 19, 2021.

Based on the best-selling novel of the same name, THE SHEIK was directed by George Melford and stars the legendary Rudolph Valentino as the title character.  The role helped propel Valentino into stardom and sealed his status as a Hollywood heartthrob—and the original “Latin Lover”—at the age of 26.

THE SHEIK restoration employed modern technology so viewers can experience the original beauty of this monumental silent film.  Since original negatives for silent films rarely exist, Paramount searched the world for the best elements and used a print and an intermediate element called a fine grain.  One source of the film yielded better results for image quality, another for intertitles.  One of the elements was “stretch-printed” and had to be adjusted digitally during the restoration process.  In the silent era there was no standard frame rate, so stretch printing was done to show silent films at 24 frames per second.  In addition, tints and tones were digitally applied, guided by an original continuity script from the Paramount archive.  The result is the best picture quality THE SHEIK has had since it was originally shown in theaters 100 years ago.

While THE SHEIK was wildly successful, it did provoke controversy, much as the source material had upon its original publication in 1919.  Many of the themes and controversial elements of the film are still being grappled with today, a subject that is explored in a new featurette on the Blu-ray with film historian and professor Leslie Midkiff DeBauche entitled “Desert Heat: 100 Years with The Sheik.”  The disc also includes a music score by Roger Bellon and access to a Digital copy of the film.

As with all films released in the Paramount Presents line, THE SHEIK is presented with collectible packaging featuring a foldout image of the film’s theatrical poster and an interior spread with key movie moments.

Rudolph Valentino is Ahmed Ben Hassan, a charming Arabian sheik who becomes infatuated with the adventurous, modern-thinking Englishwoman Lady Diana Mayo, played by Agnes Ayres.  When the sheik abducts Lady Diana, the two clash, but ultimately profess their love for one another in this quintessential “desert romance” that effectively capitalized on the popularity of the genre. 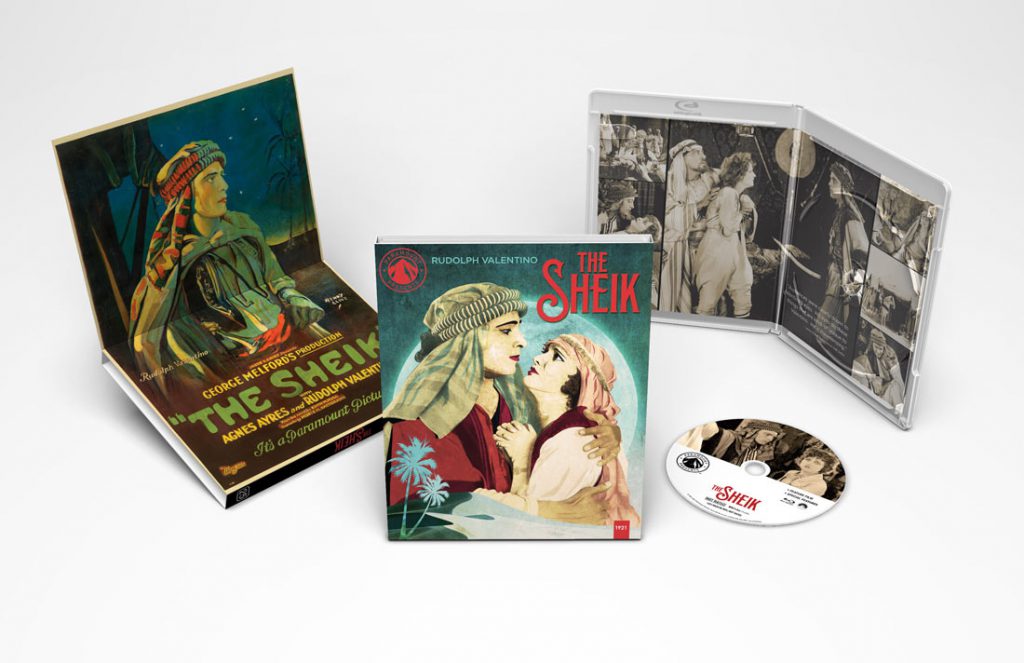