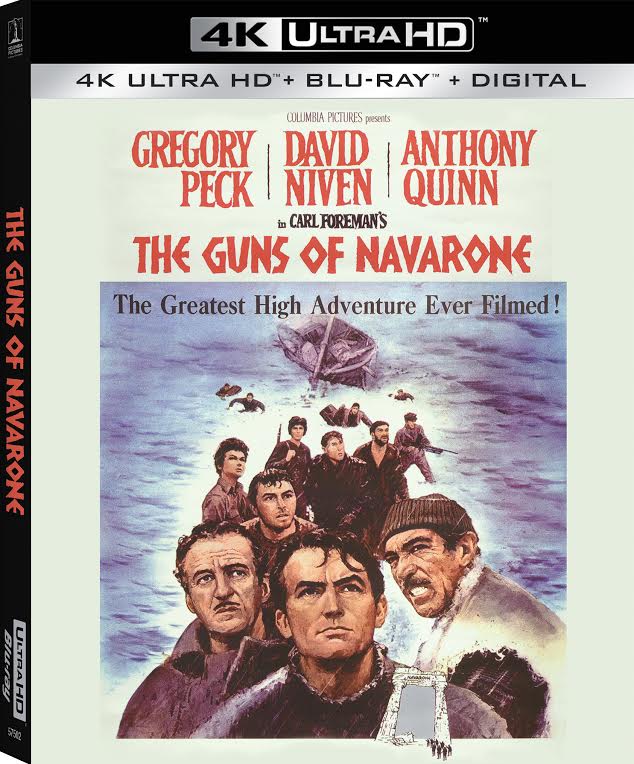 CELEBRATE THE 60TH ANNIVERSARY
OF THE ACCLAIMED CLASSIC

Academy Award®-winners Gregory Peck (1962, Best Actor, To Kill A Mockingbird), David Niven (1958, Best Actor, Separate Tables), and Anthony Quinn (1952, Best Supporting Actor, Viva Zapata!; 1956, Lust For Life) star as a team of Allied military specialists recruited for a dangerous but imperative mission: to infiltrate a Nazi-occupied fortress and disable two long-range field guns so that 2,000 trapped British soldiers may be rescued. Faced with an unforgiving sea voyage, hazardous terrain, and the possibility of a traitor among them, the team must overcome the impossible without losing their own lives. Adapted by screenwriter Carl Foreman from Alistair MacLean’s best-selling novel, THE GUNS OF NAVARONE was nominated for seven Oscars®, including Best Picture, and won for Best Special Effects (1961).

This release will initially include a limited edition o-ring, featuring the film’s original poster art.