Dive Deep Into an Ocean of Bonus Features Including a New Mini-Movie,
Deleted Storyboard Scenes, Sing-Along Music Videos, Arts and Crafts and More! 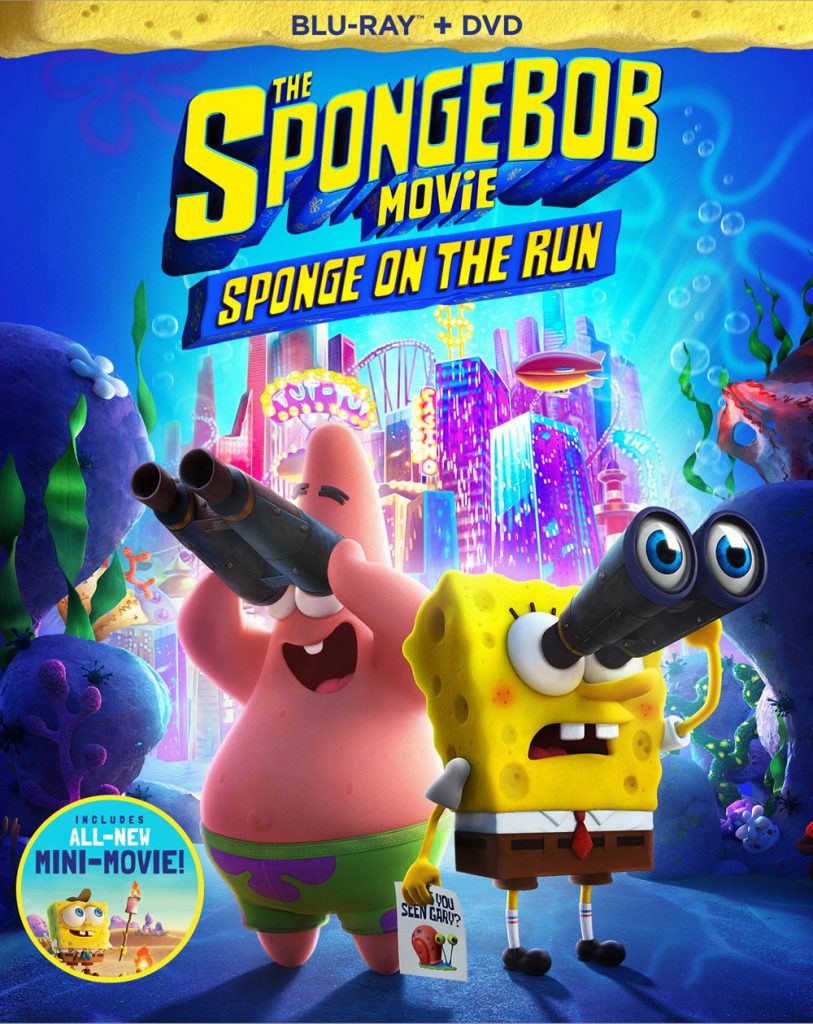 HOLLYWOOD, Calif.  – The Bikini Bottom gang is back for their latest adventure in THE SPONGEBOB MOVIE: SPONGE ON THE RUN, making a splash on Blu-ray and DVD July 13, 2021 from Paramount Home Entertainment. The family-friendly film will also be available as part of the SpongeBob 3-Movie Collection on Blu-ray or DVD.

The Blu-ray and DVD releases are overflowing with an ocean of fun-filled bonus content for kids to enjoy at home this summer: Continue the Kamp Koral adventure with young SpongeBob and Patrick in their all-new mini-movie! Plus, check out deleted storyboard scenes, then sing-along and dance with lyric and music videos by Snoop Dogg & Monsta X, Tainy & J. Balvin, and more. Learn to draw young SpongeBob and young Gary with step-by-step activity lessons, then explore behind-the-scenes with the cast, crew and characters of this wildly fun animated movie.

SpongeBob SquarePants, his best friend Patrick, and the Bikini Bottom gang star in their most epic adventure movie yet! When SpongeBob’s beloved pet snail Gary goes missing, a path of clues leads SpongeBob and Patrick to the powerful King Poseidon, who has Gary held captive in the Lost City of Atlantic City. On their mission to save Gary, SpongeBob and his pals team up for a heroic and hilarious journey where they discover nothing is stronger than the power of friendship.

o   The Ballad of SpongeBob and Patrick!

o   Drawing the Cutest Camper Ever

o   Drawing the Cutest Snail Ever

o   The Amazing Stages of Animation

o   The Wonders of the Patty Mobile

THE SPONGEBOB MOVIE: SPONGE ON THE RUN

In Association with MRC A UNITED PLANKTON PICTURES Production

Based on the Series “SpongeBob SquarePants” Created by STEPHEN HILLENBURG

THE SPONGEBOB MOVIE: SPONGE ON THE RUN