FROM MGM, LIGHTWORKERS AND 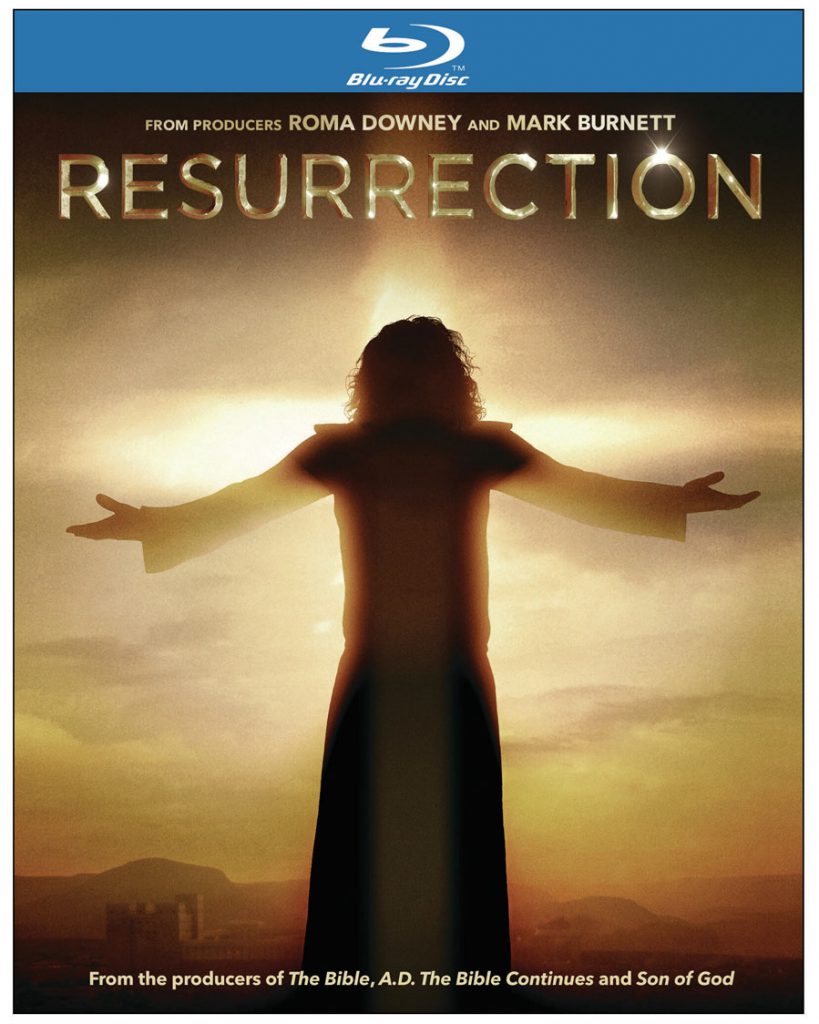 Burbank, CA, April 27 – The Biblical epic “Resurrection,” about the resurrection of Jesus Christ from the team behind the hit Emmy-nominated miniseries “The Bible,” will arrive on Blu-ray on June 15, it was announced today. In “Resurrection,” Jesus’ followers are hunted and afraid after the crucifixion of their friend and Lord – but Jesus’ resurrection triggers a new age of hope, faith and love that will change the world. The film is adapted from the miniseries “A.D. The Bible Continues.”

A production from MGM and LightWorkers, a division of MGM, “Resurrection” is produced by Roma Downey, Mark Burnett and “The Bible” showrunner Richard Bedser. The film is directed by Ciaran Donnelly (“The Tudors”) and written by Simon Block (“A.D. The Bible Continues”).  Gina Cronk serves as executive producer.  The music is composed by Hans Zimmer and Lorne Balfe.

“Resurrection” will be available on Blu-ray on June 15. The Blu-ray disc features the film in hi-definition.

From the producers of “The Bible” and “Son of God” comes a biblical epic on the aftermath of the earth-shattering event of Jesus’ crucifixion in first century Jerusalem. Over a gripping 90 minutes we experience the emotional turmoil faced by Jesus’ followers as they attempt to come to terms with the loss of their leader. His death leaves them disillusioned, hunted and afraid; his resurrection triggers a new age of hope, faith and love that changes the world. Adapted from “AD: The Bible Continues.”

Metro Goldwyn Mayer (MGM) is a leading entertainment company focused on the production and global distribution of film and television content across all platforms. The company owns one of the world’s deepest libraries of premium film and television content as well as the premium pay television network EPIX, which is available throughout the U.S. via cable, satellite, telco and digital distributors.  In addition, MGM has investments in numerous other television channels, digital platforms and interactive ventures and is producing premium short-form content for distribution. For more information, visit www.mgm.com.

Celebrated Emmy-nominated actress and producer Roma Downey launched LightWorkers Media (LightWorkers) in 2011 along with her husband, award-winning producer Mark Burnett.  LightWorkers is now an MGM company, with Downey serving as its creative lead.  LightWorkers.com, has become an online destination for uplifting and encouraging short-form digital and social content with over 300M monthly video views.  Additionally, under the LightWorkers banner, they have produced the 10-hour hit miniseries “The Bible” which was viewed over 100 million times in the U.S. and was nominated for three Emmy awards. Additionally, LightWorkers has produced the series “A.D.: The Bible Continues” for NBC, “The Women of the Bible” for Lifetime, “The Dovekeepers” for CBS, “Answered Prayers” for TLC, the feature films “Little Boy” for Open Road Films, “Woodlawn” for Pure Flix, “Ben-Hur” for MGM and Paramount, and “Messiah,” and “Country Ever After” for Netflix. LightWorkers is also producing the upcoming feature film “On A Wing And A Prayer” for MGM.