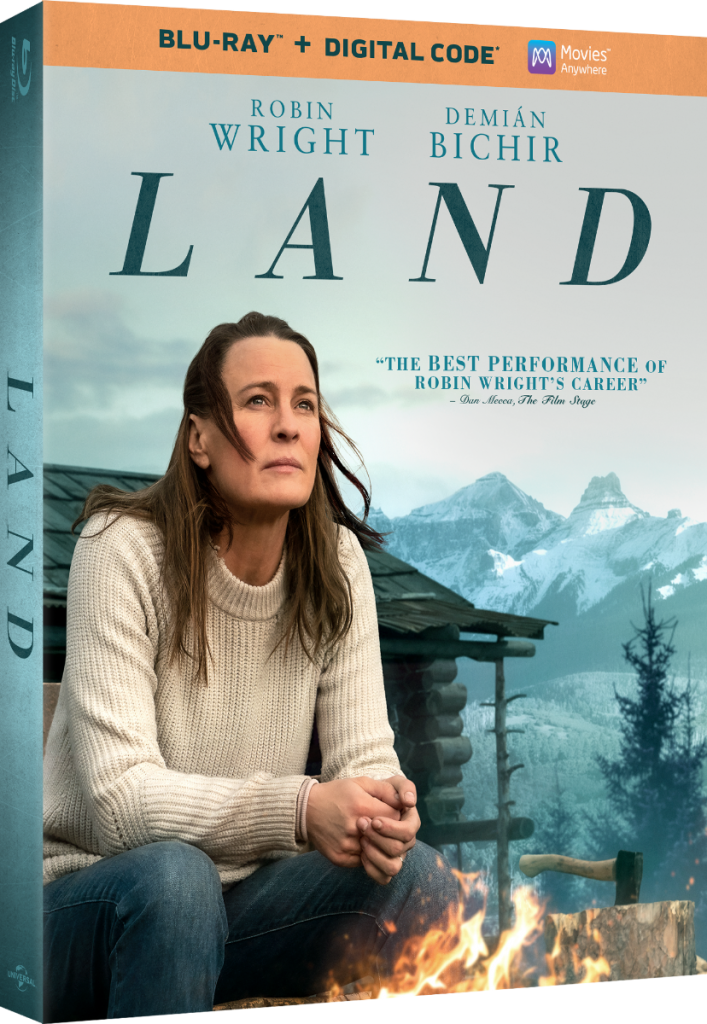 SYNOPSIS: From acclaimed actress Robin Wright (Wonder Woman, “House of Cards”) comes her feature film directorial debut, LAND, the poignant story of one woman’s search for meaning in the vast and harsh American wilderness. Edee (Wright), in the aftermath of an unfathomable event, finds herself unable to stay connected to the world she once knew, and in the face of that uncertainty, retreats to the magnificent, but unforgiving, wilds of the Rockies. After a local hunter (Demián Bichir; The Hateful Eight, “Weeds”) brings her back from the brink of death, she must find a way to live again

LAND will be available on Blu-rayTM, DVD and Digital.